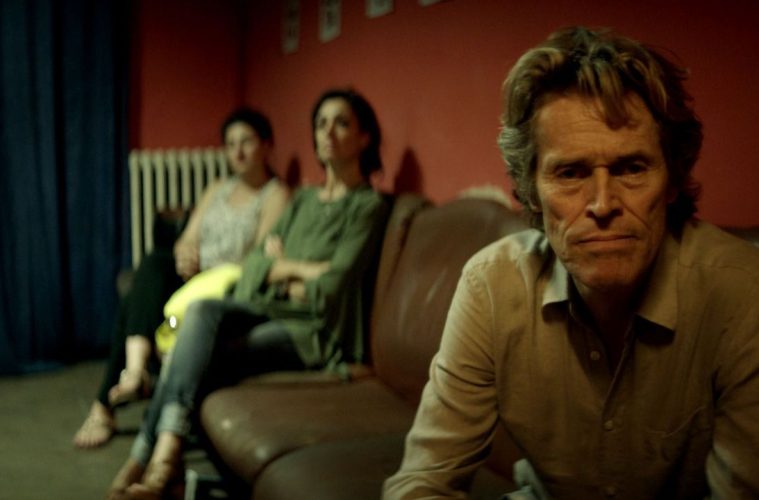 Selections from the 2021 BA International Festival of Independent Cinema

I’ve been attending BAFICI — the Buenos Aires International Festival of Independent Cinema — for 16 years now. That’s every year since I first arrived in Argentina, a doe-eyed teenager excited to face whatever the future had in store for me. And every year it’s been an embarrassment of riches, showcasing some of the weirdest, most interesting, and most exciting films from all corners of the globe. Every single year, I come away with a brand new obscure favorite to tell people about.

Every single year except, of course, 2020. One year ago, my favorite film festival and cherished annual tradition happened to coincide with the beginning of a global pandemic, one where spending lots of time in close proximity with strangers in an air-conditioned room wasn’t exactly a great idea. For the first time since I arrived in 2005, there was no BAFICI. And honestly, in a year full of tremendous bummers, it felt silly to complain about that particular loss.

But I felt it. I missed it. And if, like me, you still have complicated feelings about the idea of going to the movie theater while the pandemic is still very much a thing (as we mentioned last time around, film theaters are slowly coming back with a bunch of safety measures in place), worry not; this year’s festival is operating in a hybrid streaming/screening format, with most of its over 270 films made available to watch online. Not only that, but many of the in-person screenings will take place outdoors.

The festival kicked off yesterday, Wednesday 17th, and runs until the 28th, providing ample opportunity to check out its wide and varied catalogue. This includes feature and short films of all genres; from the dourest drama to the wackiest comedies and most experimental animation. You can find all the information, including screening times and all the festival-related activities, on its official website.

We took a look at this year’s lineup and came up with a quick list of recommendations. Of course, this is a tiny tiny sampling of all the cool stuff they have available this year, and we’ll likely be kicking ourselves within a couple hours of posting this piece for missing some important ones.

A new film by director Abel Ferrara, starring the incomparable Willem Dafoe (who, true story, got really annoyed with me once). This powerful, sometimes difficult picture tells the semi-autobiographical (but not really, but sort of, but not really) story of a sullen American artist living in Rome with his young European wife Nikki and their 3-year-old daughter, Dee Dee. Dee Dee is also the name of my cat, but that’s neither here nor there.

Here’s a bit of melancholy weirdness from Japan, courtesy of Eiichi Imamura. A blogger is involved in a violent crime and, as he attempts to escape, he ends up running over a young woman. The young woman happens to be a zombie. This leads to a delightfully strange, deeply unconventional but no less poignant road movie, which vacillates between deepest darkness and whimsical comedy.

Kacey Rohl (whom you might recognize as “that girl from Hannibal“) stars in this dark drama by co-directors Yonah Lewis and Calvin Thomas about a young woman who has accomplished everything she ever wanted: she’s a campus celebrity, people adore her, and she has a loving and caring girlfriend. The way she gets all this, however, is by faking a cancer diagnosis and putting her story out on the internet. Cool. A very cool thing to do.

I knew nothing of this movie before it caught my eye in this year’s lineup, and I was immediately sold by its poster (see link below). The trailer was just icing on the cake. This black comedy by director Eva Dans follows Carmen Vidal, a detective whose colleague commits suicide. She is forced to interrupt her cycle of pizza and marihuana to investigate, leading to many wacky hijinks if the trailer is to be believed. This looks like a buttload of fun.

Monty and the Street Party

Speaking of buttloads of fun, here’s an animated feature from Denmark about a boy whose dreams of attending a kickass street party are thrown off course by his parents’ sad divorce. This irreverent, often crude comedy with a heart, by the directorial team of Mikael Wulff and Anders Morgenthalerseems, seems exactly like the lighthearted entertainment we need in light of all of last year’s darkness.

I’ve always found that BAFICI’s music-related movies are some of my favorites from each years’ festival. Whether they be traditional rock docs, experimental weirdness set to song, or the occasional full-on musical, there’s something about these movies that always seems to grab me. This is a Mexican film by director Leandro Córdova which follows a young man from an affluent family who “infiltrates” Mexico’s crust-punk scene, and is quickly assimilated by it.

The Nose or the Conspiracy of Mavericks

Another mind-melting, experimental oddity by legendary Russian animator Andrei Khrzhanovsky, who employs a mix of styles and techniques to tell this wild tale, based on an opera by Shostakovich. Sure, we’re in.

Finally, it wouldn’t be BAFICI without a documentary about a much-loved (or sometimes much-maligned) piece of filmmaking. This time around, director Jeffrey McHale’s You Don’t Nomi examines the legacy of, and pays tribute to, one of the absolute weirdest films of the 1990s: the bright, glittery, extremely nude and often incoherent madness that is Showgirls.