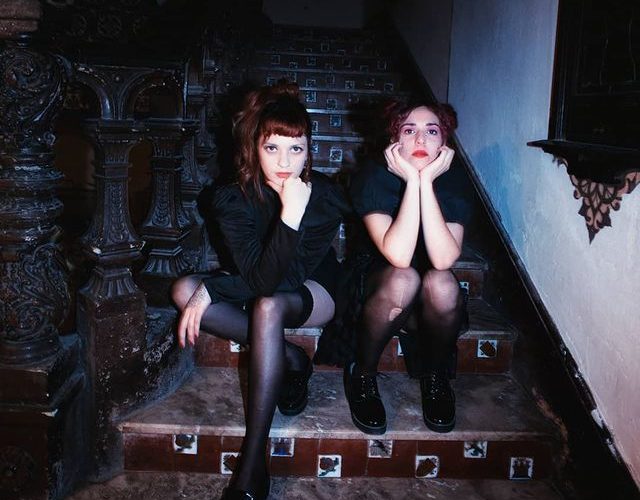 Another week, another Setlist brimming with artists of every music genre you could imagine. This week we’ve got everything from Trap, to Singer-Songwriter music and even some DJ sets to get you in the mood for la jodita.

We tell you this every single week, so you know that the scene is slowly recovering its unmistakable sheen, and it still needs your help. Make sure to support your local musicians by attending shows in a protocol-abiding fashion. Safety first and everybody has a wonderful time! Having said that, who’s ready for some live shows? I certainly am!

We are continuing the trend of sharing Trap artists anytime we can and what better artist than the talented and melismatic BB Asul. For those of you who aren’t familiar with BB Asul’s work, imagine cute and cuddly stuffed bears who smoked weed on an empty stomach. BB Asul combines R&B with trap in a way that pleases fans of both genres equally. Make sure to catch her live at Temple Bar by shooting them a DM here.

Though our arms reach far and beyond CABA, every once in a while, some artistic collectives fly under our radar. However, we eventually find those elusive groups who are brewing beneath the city’s secretive underground and we bring them to you. Such is the case with Caza Beats, a music label that includes both traditional bands, solo artists, and talented DJ acts. They are celebrating their first anniversary at EC Moscú. If, like us you are giddy to discover new music, we’ll meet you all there! Get your tickets here!

With a style that leans indie sound while still adding a layer of nuance, Ignacio Pagani will be presenting his latest LP “Equinoccio” at La Tangente. If you’re into artists who can strike the balance between accessibility and just the right amount of eccentricity give him a shot.  It’s been quite some time since we’ve had an album presentation on the list so we strongly encourage you to grab some tickets as they are running out rather quickly. Get yours here!

One of our favorite synth-wave/darkwave acts is kicking off their first leg of shows around the city at CC Wainer. Las Eras and their singular take on synth-based post-punk-ish tunes are truly a sight to behold. Their shows tend to be very visual and hypnogogic. Their debut album and sophomore records are drenched in dread and despair coupled with dizzying beats and nocturnal basslines. If any of this sounds like it would be up your alley then do not hesitate to give em a listen. For more info about las Eras, check our artist profile and get your tickets to the show at the door.

Two very talented and also very different bands will be at the forefront of this new iteration of the Ciclo Caricias Significativas who’ve been previously featured on our beloved agenda. First, there’s the peeps from Justo Antes de la Guerra Contra los Esquimales (long name, yes) with their brand of jangly and upbeat indie tracks. Up next, the girls from Lalalas, a fairly young and hungry synth-based duo whose eccentric beats and song subject matters are a breath of fresh air for the current musical landscape. As always, give the people of Ciclo Caricias Significativas a nudge to get your tickets.