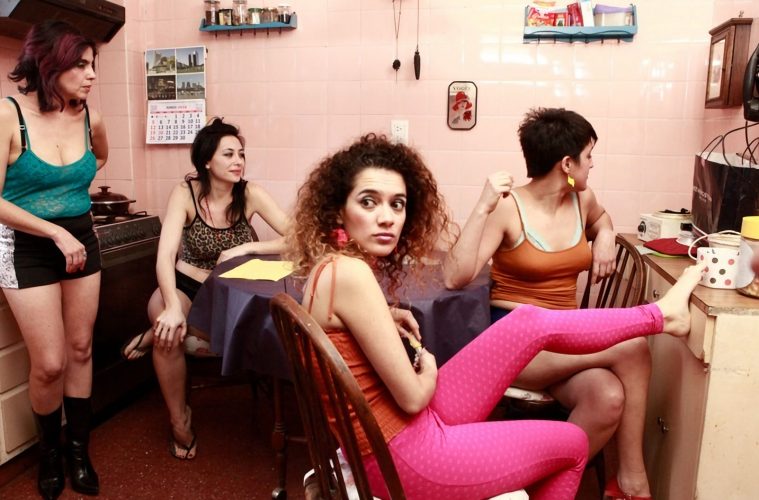 Off the Marquee | Streaming Film Picks for Women’s History Month

If you’re a film lover — first of all, welcome, this is Off the Marquee, the monthly column where we talk about all the films and film events available in Buenos Aires. You’re home. And secondly, you’ve probably been extremely bummed out for the last year, far away from that comforting ritual of the movie theater for reasons beyond our control. That’s definitely been my experience. To stay sane, I even attempted some weird experiments like creating my very own film festival, or attempting to replicate the video-store experience of my childhood.

Well, right about now we should be rejoicing because film theaters are officially back in Buenos Aires. At only 30% capacity and with a number of health measures put in place (for instance, mandatory mask usage for the duration of the film), this should have any film lover jumping with joy…  shouldn’t it?

The sad truth of the matter is that we’re still in a pandemic, Argentina’s vaccine rollout has been slow going, and experts believe there will be another spike in cases soon. So while things are currently trending upwards, some of us are still cautious. If you go to the theater, please be safe and follow all the new regulations. The only way they’ll be able to stay open past the enormous bummer that is COVID is if we all do our part in mitigating its spread.

For this installment of Off the Marquee, we will continue to focus on films you can stream from the comfort of your home. We hope that this is able to change soon.

March is Women’s History Month, and at La La Lista we have been putting a special focus on female creators. For this reason we are dedicating the bulk of this column to this cool new project by the Argentinian film institute: 8M, nosotras movemos el mundo y lo transformamos con nuestras ideas. The program seeks to highlight work by female filmmakers as well as films that tell women’s stories.

It includes in-person screenings, public Q&As, TV airings of films, and an awesome selection of free content you can stream on CINE.AR PLAY, one of our favorite streaming platforms. You can read all about the month-long event here.

Below is our selection of highlights from the online catalogue, but there’s a lot more available on CINE.AR PLAY.

Marilina Giménez’s Una Banda de Chicas is a documentary that puts a spotlight on the Argentine music scene from a woman’s perspective. It doesn’t just highlight the work these women are doing on stage every night, but it also examines what it means to be on stage for a woman, and what is deemed appropriate in terms of on-stage demeanor. A fascinating and necessary look at a great group of musicians and our culture as a whole.

Anahí Berneri’s Alanis is a viscerally powerful, beautifully crafted movie that gathered awards and critical acclaim when it hit the San Sebastián International Film Festival and the Toronto International Film Festival back in 2017. The film follows Anahí, a sex worker who attempts to raise her baby while working at a brothel in downtown Buenos Aires. When the place is shut down and Alanis’s friend is taken away and charged with human trafficking, she has to find her way back into the world.

María José Staffolani’s Colmena is a story about the fear of stagnancy and the restlessness of youth. It follows Nachi, a woman in her mid 20s who feels like her life is slipping away from her; she’s stuck in a relationship she’s not fulfilled by, her aspirations as an actress are rapidly withering away, and she feels herself increasingly isolated from the world around her. When a new relationship presents itself, it drives her to questioning everything she thought she knew about herself.

Lucía Murat’s Plaza Paris focuses on the relationship between a psychoanalyst and her patient, where the lines begin to blur as the conversations grow closer and closer to the roots of the patient’s fears and anxieties. Murat is a long tenured filmmaker who brings a wealth of expertise and nuance to this social-minded drama, which could’ve easily descended into utter schlock with less capable hands.

Mujer Nómade is a biographical documentary directed by Martín Farina which uses the life of famed Argentine epistemologist and essayist Esther Díaz to explore concepts such as the role of sexuality and pleasure within a patriachal society and the value in subverting the hegemony of desire.

If you want to stream a film specifically in observance of Women’s History Month, I think this is the one. Juanas – Bravas Mujeres is a documentary film by director Sandra Godoy which follows the story of Argentine activist Juana Rouco Buela and her fight for women’s rights, a fantastic piece of perspective which helps remind us that the struggles that we perceive as current have actually been happening for years and years.

The Return of BAFICI

After 2020 robbed us of one of the greatest film festivals in the country, the Buenos Aires International Festival of Independent Cinema (better known as BAFICI) makes a splashy comeback that happily coincides with the return of film theaters (even so, a large percentage of this year’s screenings are taking place outside!).

There’s a cool selection of Argentinian and international films showing this year, such as Christopher Small’s Communists!, Dash Shaw’s Cryptozoo, and Vera Fernández’s Betta. There’s a lot of good stuff screening this year, which you can check out on the festival’s official site. BAFICI has long been one of my favorite times of year, and its return signals another small step back towards some type of normalcy.