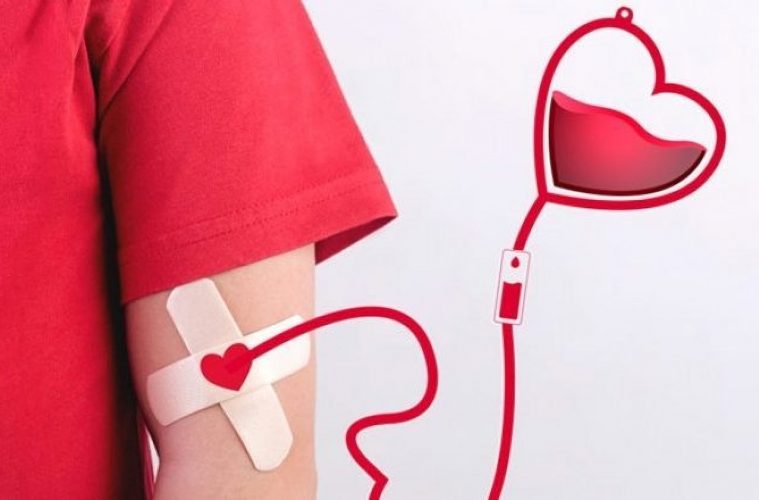 The Low Down | Blood Drives in Pandemic Times

One year after the pandemic started it feels dumb to write about how much COVID-19 changed any specific aspect of our lives. We all know it has. But in the slow-going back to normal(ish) that’s been going on in the past six months, there was one thing I had yet to do since pre-pandemic: give blood.

I arrived at the Rivadavia Hospital on Wednesday morning, around 8:30, to prevent any lines. Noemí, the nurse that would be in charge of my extraction, took my information and asked me to sit down in a very lonely waiting room. After a bit, she came back and we started to talk. She asked me who I was donating blood for, and was genuinely surprised when I told her I was just here simply to give blood, for anyone. She looked at me for a second and continued filling in the information sheet. There was no one else around us, not even the second nurse that’s supposed to be her partner in the Hemotherapy department.

So I asked her about it.

Argentina in general has very low awareness of the importance of giving blood. Blood drives are rare, and instead of being pushed through a national agenda, usually depend on the specific plans developed by public hospitals to engage with potential donors. The Hospital Juan A. Fernández, for example, used to contact companies directly and discuss the possibility of visiting on-site to make it as easy as possible for employees to give blood if they wished to do so. But these kinds of initiatives are few and far between and depend on the overstretched infrastructure of a tired hospital system.

The truth is that most people wouldn’t even think about giving blood unless they had a specific relative in need. Not out of malice, but simply out of a lack of awareness. What exactly does giving blood entail? Why should I take time out of my day to do it? Where do I need to go, and how do I need to prepare myself?

Even for those who decide to donate, information is scarce (and often inexact). The Buenos Aires city government has an entire page dedicated to giving blood that one can reach after several well-intended clicks, but the information in it needs to be double-checked. I, for example, chose to go to the Hospital Rivadavia, for which the page boasts that you need to ask for an appointment and that this appointment can happen at any point between 8:30 to 11:00, Monday to Friday.

A brief phone call later, I can tell you that there’s no such thing as appointments–and that blood donations are only being received Mondays, Wednesdays, and Fridays.

Studies show that 9 out of 10 people will receive a blood transfusion at some point in their lives. What’s more important, blood is one of the things that, even after years of medical advancements, scientists have been unable to replicate in laboratories. Blood banks need blood. And it’s up to us, the general, healthy population, to do our part.

“When the pandemic first hit, blood donations dropped to almost zero. People were scared of coming to a hospital, which makes sense. But blood was still needed.”

Noemí explains all of this while she pricks me expertly and tells me to lie down and that we’ll be done in a minute. “After a bit, it was obvious that a plan was needed. All non-emergency surgeries were halted, so while there weren’t many donors, there was also a lot less surgery going on. But still, we needed people to come to us.”

After a few months, campaigns for blood donations started to emerge. Hospitals teamed up with the government’s help and places outside of hospitals sprang up where people could go donate blood with less fear of being near a highly contagious zone. The Hospital Rivadavia, together with six other hospitals, they were given a school to set up and receive donors.

“We set up with tents and inside the school to receive as many donors as possible because we were trying to get people in for all six hospitals. Especially at first, it was great. Not only did we have the space, but we also had a great communication campaign that helped us reach people that would otherwise never have heard about what we were doing. At the time, people also took it as a valid reason to go out when going out was a scarce opportunity.”

“The best thing was reaching neighborhoods that were way outside the hospitals’ usual area of operation. That, and having younger people come by. In general, we’re used to an older audience, but in these blood drives, people between 20 and 30 started approaching us and realizing how giving blood really isn’t complicated or time-consuming at all.”

Noemí explained that while these campaigns were great, the problem is that they are limited. The awareness they raise is lost for lack of consistency. “People came to donate blood and those who wanted to left their contact information. Three months later, we called them again, and some came back–but the idea is not to have a small group of people that needs to be continually on call. It’s too much responsibility.”

As talk of schools reopening started up in October, the hospital staff went back to their respective hospitals, and the campaign was over. That brings us to where we are today–a hospital that saw only one visitor donating for the blood bank in an entire week.

Noemí finished up with me in about 10 minutes. She didn’t seem fazed or tired, just used to the way things are. She participates in groups trying to raise awareness about the importance of giving blood, does what she can, and lets things fall where they may. This is a marathon, not a sprint.

“If everyone who’s able to donate would do it once or twice a year, we wouldn’t need to ask people undergoing surgery to have people come in and donate at all. But this needs to be a constant effort, otherwise, people forget.”

What are the requirements to be able to give blood?

And remember, don’t fast beforehand! If you’re interested in giving blood, check out the hospitals receiving donations and their schedule, and call to confirm if you’ll need an appointment.