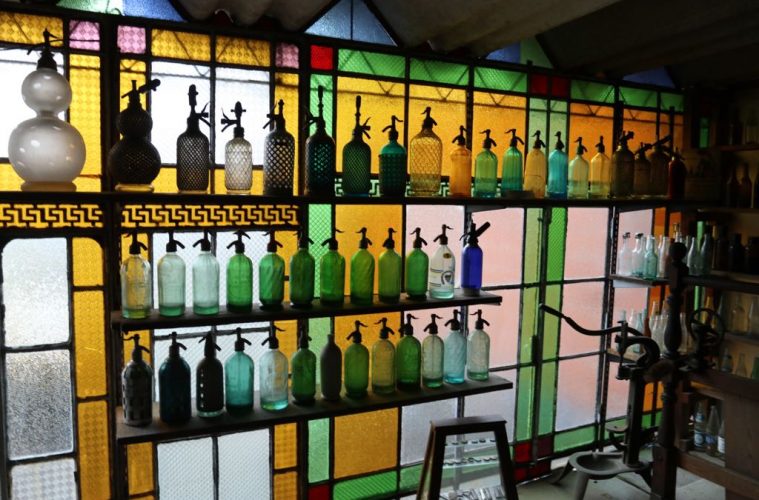 Growing up, there was a ritual in my house that repeated itself every Saturday morning.

My mom would wake up, grab the two crates of soda water that were usually kept in the laundry room and take them to the front lawn. She would then pull the crates up (only possible because the bottles were empty) and place them on top of the party wall, right next to the door, so that they could be seen by anyone passing in front of our house. That anyone was actually a specific someone: Alberto, our sodero.

The crates on top of the wall were his signal. At 11 AM, we would hear the truck, and seconds afterward, our bell would ring. My mom would pay him depending on how many sifones we were getting that time and would drag the now full soda water crates back to the laundry room. One sifón would go in the fridge and one would be left on the counter, as she hated (still does) ice-cold water and I love it. Our lives would continue as usual, but also, slightly bubblier.

After I moved to CABA, getting my own Alberto was priority #1. It’s not only that sparkling water doesn’t cut it, although let me be very clear: it doesn’t. It’s also that the sifón that you can get in the supermarket is more expensive and has nowhere near the same taste (bubbles are smaller IMHO). In addition, that sifón not environmentally friendly, seeing as how it’s made of plastic and I go through one of those every two days. However, it’s mostly a way of creating a home in my new space. I may be eating at a different table, but in this way, I get to make it mine.

The History of Soda in Argentina

The first soda factory in Argentina was founded in 1860 by Don Domingo Marticorena. A few years and a few changes in ownership later, the soda factory fell into the hands of Don Pedro Inchauspe, who would come to be a well-renowned name in the Argentine drink industry. It was Inchauspe who truly gained recognition for his endeavors, and his brand the one that started to grow so much that triggered several moves and the building of its own factory. However, as soda water cemented its place in the Argentine palate, for the first 45 or so years it wasn’t actually produced here. Soda was imported from Europe (mostly England), and thus, was available mostly for the rich. In addition, its presence was limited to bars until 1930, where it was served for drinks and the classic vino con soda. In that year, soda deliveries started to become a thing, with soda crates (at the time, wooden crates instead of plastic) being delivered from house to house in horse carts… and people, like me, eagerly waiting for their arrival. 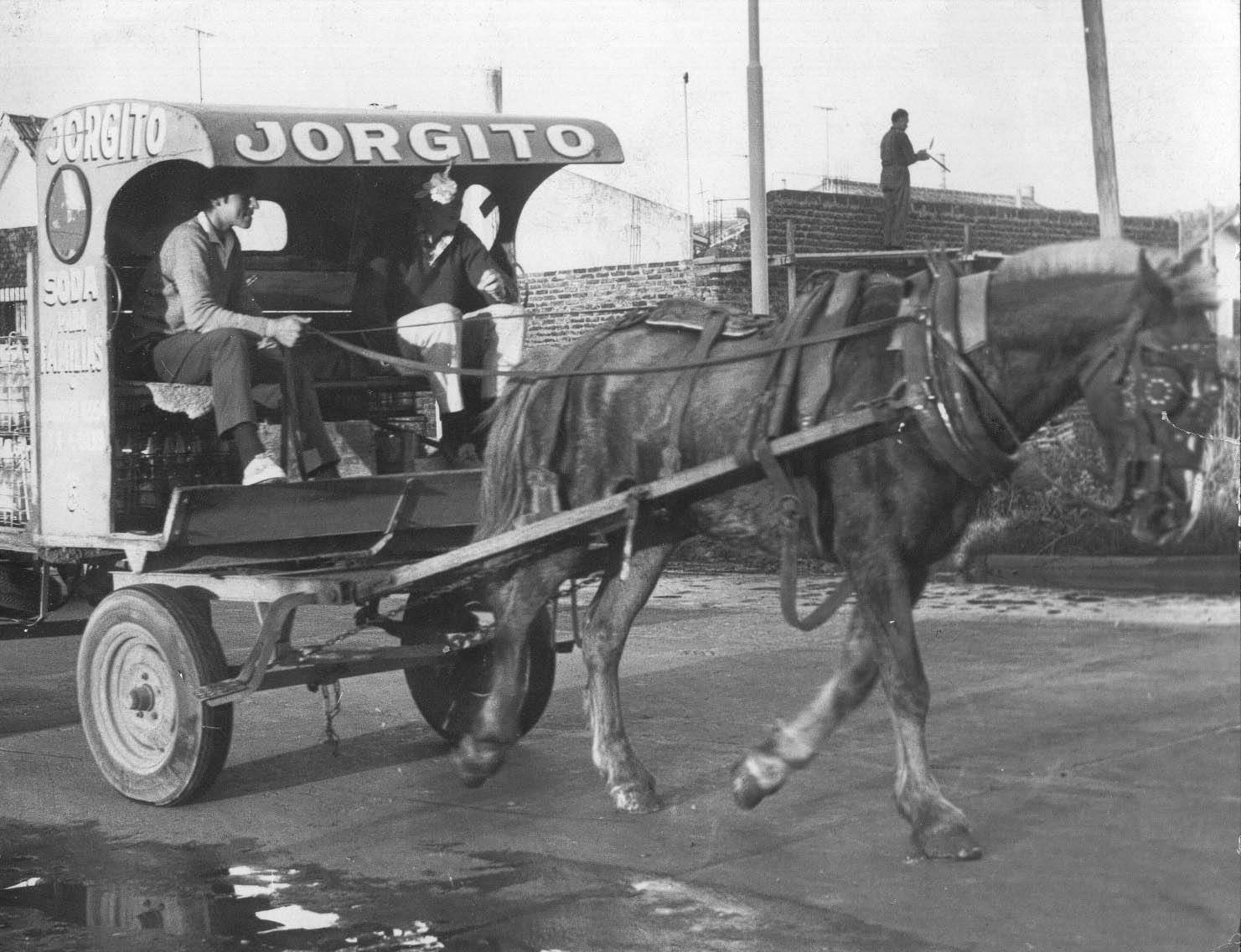 Soda Jorgito being delivered to thirsty Argentines circa 1940.

Just like delivery changed with time, so did sifones. The first sifones that arrived in Argentina were covered by an individual metal mesh. They were all imported from Europe (Hungary and Austria, mostly), and it wasn’t until 1908 that Rigolleau became the first glass factory to produce our very own Argy version of the beloved sifón.

Not only were these sifones a practical utensil to drink your soda: their colors told a story. The first sifones were made out of glass (you can still find many of them in antique stores all around BA), but what’s most interesting is this: out of 1000 sifones, around 800 of them were green, about 150 were blue, and only 50 were pink. In order to get that elusive pink color, factories had to actually use real gold to dye the glass. Because of this, pink sifones were only delivered to the richest of the rich, followed by blue sifones for doctors and businessmen alike, and green sifones for everyone else.

Fast forward to the last few decades, soderías have had to diversify their offering to continue operating, with most of them offering water bottles aside from their original products. However, not all is bad news: there’s still a bit over 5000 soderías still operating in the country today, so getting your fix shouldn’t be that hard. 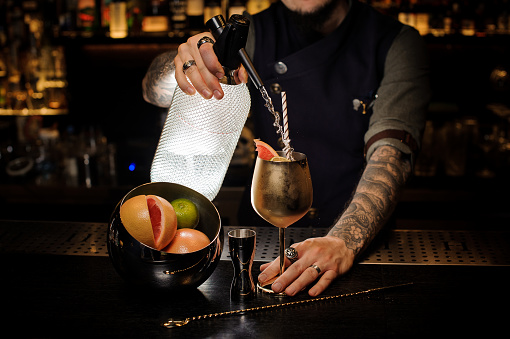 The last few years have seen the comeback of soda water, with restaurants and bars offering tiny sifones for the individual soda consumer. Drinks like vermut, amargo obrero and gin fizz have multiplied, and are now a pretty common staple in most hipster-ish bars. And it’s honestly great, seeing as how soda brings all the bubbliness with less of the financing-terrible-brands-that-destroy-everything-they-touch (looking at you, Coca Cola). Of course, some weird developments have happened, like the first soda sommelier, or sodelier, if you will. But some great things too: Chacarita has even seen the birth of Sifón, where all drinks are made with delicious soda water (I particularly recommend the soda lemonade, and while we’re at it, the empanadas de osobuco).

But the beauty of this soda comeback lies in the cultural roots of it. We love our soda so much, we even have a Museo del Sifón. Soderos have been around for many decades, and personally, it’s one of those staples of Argentine culture that I love. It reminds me of simpler times, of my mom chatting with our sodero, of taking the time for a bit of small talk with the person that remembered your name and asked about your family. In a life signaled by always being in a hurry, soda makes me think of a tradition that goes against the most efficient way of doing things and focuses instead on a slower-paced take on life. Add to that that there’s nothing quite so refreshing as a glass of cold soda… What’s not to love?