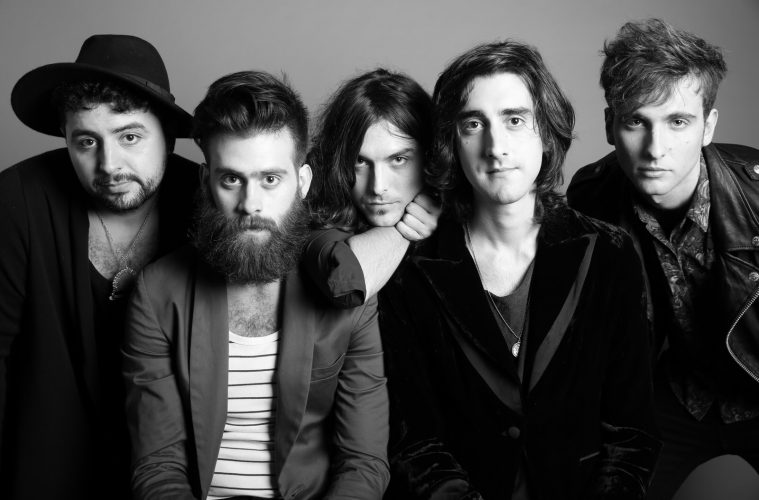 Despite all the wild weather and other craziness happening in the city you can trust ‘The Setlist’  to give you the latest and greatest happenings in and around Buenos Aires. Hopefully the long weekend didn’t do too much damage because we’ve got another great collection to keep you entertained this week.

Whether you’re going solo or bringing a group, don’t forget to share your appreciation for the bands, DJ venues & hospitality heroes delivering us joy from weeknight to weekend.

After a year without giving a show with an audience and after closing 2020 with “No se puede vivir solo de realidad”, the concert filmed in Xirgu-Untref, Nicolás Mateo is once again stepping on stage.

This debut for 2021 will be at sunset in the garden of Tai Teatro, located in the heart of Villa Ortúzar. Mateo will perform in a soft power trio format with Ignacio Lutteri on Bass and Manuel Guzman (Ovo) on Congas. A theatrical performer with an infectiously captivating aura, he really brings you into his world with great intensity and haunting vocal cadence.

Pop rockers Indios will be taking over the Hipódromo for a special show outdoors and there are only 500 tickets available. Originally hailing from Rosario, the group are well known for their eclectic and energetic performances which has led to them having shared the stage with the likes of legendary acts such as Babasónicos , Fito Páez and Blur.

At the end of September 2020, Indios came back with “No te Quedes Solo” and “Fobia” , two new singles that will be part of their eagerly awaited next studio album.

Ciclo Caricias Significativas (vol.2), invites you to feel the diversity of sound textures, giving us moments that perfume the chambers of memory. Las Eras opens up the first of many dates for this CCS collection of performers

The sound of Las Eras shares aesthetic elements typical of the electronic traditions of discos such as New Beat or House. Exuding a mix of gothy electro tendencies, the lush synths soften the aggressively rhythmic drums.

Imagine post punkers ready to party and you’ll get a feeling for this sonic cocktail of goodness. They’ll be performing at the lovely Tai Teatro with limited availability, so be sure to snap up the remaining tickets.

For tickets & reservations via insta @ciclocariciassignificativas.

After many months of hard work, the team at Droid 9 South America are happy to announce their very first showcase, presenting a tidy line up of their top class mixers taking you into the early hours of the next day.

The label explores the more progressive house and melodic techno realms of electronic music, so if you want to check out some fresh talent while enjoying an even fresher beverage this will be a great start to your weekend.

Barbie Martinez presents The Funny Standards, performing a repertoire of songs with funny lyrics such as “Peel me a grape,” “Everything I’ve got belongs to you,” “Slappin the cakes on me,” “I believe in the lies of handsome men,” and “I want to be a sideman” among others.

Martinez creates a light-hearted take on the ever so serious world of jazz, intertwining it with fantastic musicianship to produce a unique experience. Martinez will be accompanied by Manuel Fraga on piano and Walter Filipelli on the Double bass. The intimate venue only adds to the atmosphere which I’m sure this concert will bring.

Thelonious Club has been my new staple venue for all things jazzy. Once again they’re presenting another double feature in their classy digs, featuring the musical styling of Luis Nacht alongside a collective of local talents.

Luis Nacht was born in Buenos Aires, studied with maestro R. Islas in Mexico City. From there he has worked extensively as a flautist and singer of Latin and Latin American music, traveling through Central America and Europe.

Unable to resist the siren song of the sax, Nacht performs with his saxophone globally and those lucky enough to book their tickets early will be treated to this world class level of jazz.

This is just the latest installment in a wide variety of shows hosted at Lucille which makes every weekend a surprise.