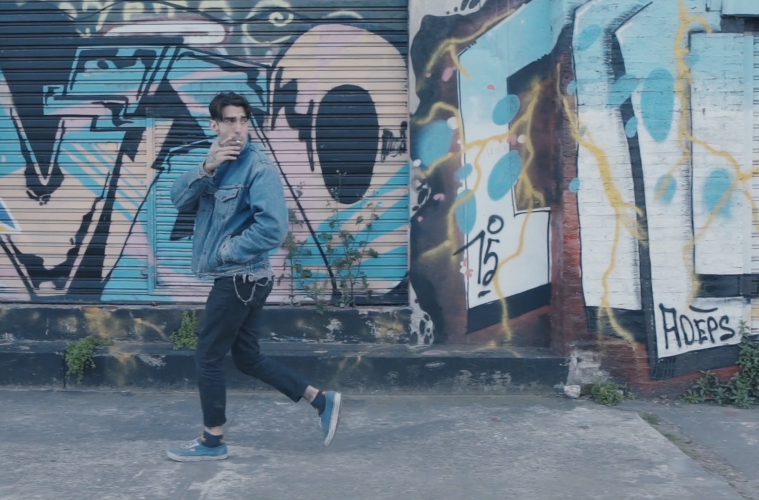 Off the Marquee | Argentine Streaming Film Picks for the In-Between

When 2020 came to an end, many rang in the new year with cries of “It’s finally over!” or “goodbye to the longest year to ever exist!” in hopes that a change in the calendar would be accompanied by a long-awaited end to COVID-19, forests on fire, the casual coup-de-état, and general global crisis. Naturally, the turning of the page brings with it opportunities to reinvent ourselves, set intentions and resolutions, and leave behind what once was. Simply put: with every end comes a new beginning. Now, in February, it feels safe to say we are stuck in an “in-between,” a transitional soupy mess of memories and projections of the past, present, and whatever big thing might come next.

All in all, the “in-between” might not be such a bad place to be: isn’t the best part of a sandwich the middle?  Ambiguity can leave us weary, throwing our hands up and surrendering to its uncertainties –  but this murky middle is rich material for exploring how we define boundaries, identity, difference, and change.

Brazilian literary critic Silviano Santiago sees the “in-between” as a crucial concept when looking at South American culture, especially considering how “developing” is often the word-of-choice used to describe the region: neither developed nor undeveloped, here nor there, a hybrid of cultures, indigenous and colonial histories. These 5 picks from Argentine filmmakers invite us to soak in the ambiguity, to enjoy a lack of definition, to revel in its tension, and question the borders that seem to construct so much of our everyday life.

Amid scenes of play, school, and work, Lucrecia Martel’s Leguas [Leagues] reveals some of the competing forces felt by children from native communities in the North of Argentina. In a town that feels like it could be somewhere in Martel’s home province of Salta, one family is unable to measure what is theirs and what has been taken from them. Distances are disputed, cows are killed, toilets won’t flush, and kids choose between school and work. This short joins ten others produced by Gael Garcia Bernal exploring the theme of school desertion: “El aula vacia [The Empty Classroom].”

Available to stream on Vimeo.

Manuel Abromovich’s photography shines in La Reina, capturing a blue-eyed and blond-haired Argentina far from Martel’s story. In startling images that feel both like paintings and family photographs, we meet Memi, a young girl on her journey to become queen of carnaval in Gualeguaychú, Entre Rios. The festival itself (celebrated this coming weekend) is rife with ambiguity due to its abstruse roots that blend Candombe, ancient pagan traditions, and Spanish colonialism. Holding a title (and a crown) that feels too heavy for a child to bear, Memi straddles the summer fun promised to children and the promises her beauty makes to a more adult tradition.

Available to stream on Vimeo.

While the oppressive summer heat invites murga celebrations in Capital and sparkling street parades in Entre Ríos, hordes of porteños flock to the Buenos Aires coast, the site of Florencia Percia’s short film Minimercado Champion. Ana, a solitarily 30-something, wins a supermarket raffle inviting her to a two-person, off-season stay at the Mar y Mar resort. Amongst strangers, Ana gets to be anybody she wants on her seaside escape — even the girl who sings karaoke sober. An intermission from the daily rhythm of city life, Percia’s film from 2010 is a hidden treasure on 16mm.

Available to stream alongside hundreds of Argentine short films at Cinecorto.

Best known for his imaginative music videos under the name Orco Videos, first-time fiction director Julian Gonzalez Diaz explores everything that is in-between about the Buenos Aires streets: a cigarette in an empty train station, moments of dance on subway rides, the hiss of a graffiti tag, a raging party behind 100-year-old doors. Painting and smoking his way through the city, Joaco is a street artist stuck between a rock and a hard place: love lost and a stolen mural. Me Quedo Contigo is one of the simplest and most elegant portraits of vida callejera (street life), finding delight in scenes that pass us by as we move from one destination to the next.

Available to stream on Cont.ar with a free account.

If anyone can tell us what it’s like to live in-between it is XXY‘s protagonist Alex, an intersex 15-year-old living as a girl, but questioning decisions that were made by the well-meaning adults in her life. While director Lucía Puenzo falls into some of the classic tropes of early films exploring non-binary identities (namely predictable violence, tragic tone, and cis-gendered casting choices), this film takes on a challenging subject matter with a level of care not often seen in 2007. A celebration of the in-between, this film is laudable for its emphasis on Alex as neither wanting nor having to choose between the binaries imposed on her.