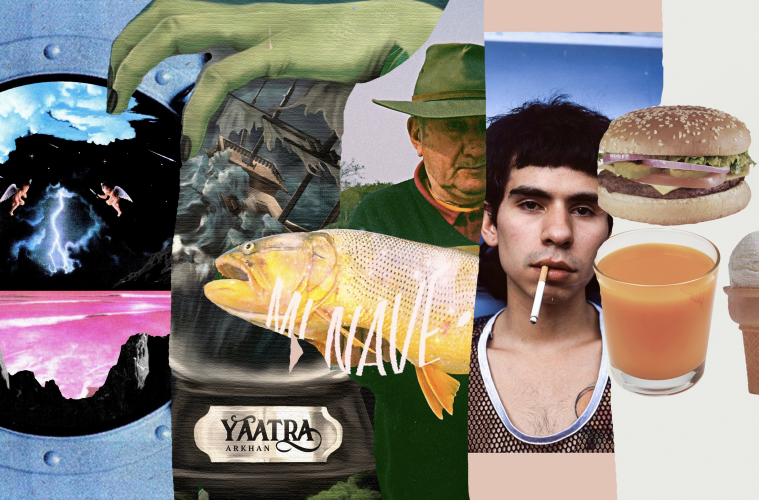 The Greatest Argentine Debut Albums of the 2010s, Part 3

Hey! It is now 2021 and we’re still on this foolhardy quest to collect and feature all the best debut albums that the Argentine music scene gave us in the decade of the 2010s. I don’t think “the 2010s” will ever stop feeling like “the present” to me, even though we are already two years removed from it.

If you haven’t seen the previous posts in this series, feel free to check out part 1 and part 2. The rules are quite simple: in order to qualify for our list, an album has to be:
a) made by an Argentine artist (or a foreign artist who is part of the local Argentine scene. That’s right, expats participate in local culture too!)
b) be a full-length album (no EPs! Until we decide we want to feature an EP. Hey, we’re the ones who make the rules.)
c) be released between 2010 and 2019.

We’re highlighting as many fantastic debut releases from this amazing decade as we can, so if you know of one you think we should feature, please hit us up! Send an email to [email protected] and we’ll give it a listen. No promises.

WIthout further ado, here are five more selections for our collection.

Gonza Nehuén’s Las Partes is aptly titled. It really does sound like a collection of parts; parts whose connection with each other is not immediately apparent or clear, and whose transitions can sometimes feel jarring or desultory. I realize that this sounds… like a negative observation… but I mean it in the best possible way. Take the instrumental opener “Introducción a Las Partes,” effectively an overture for the album, navigating between time signatures and melodic patterns in a way that doesn’t make immediate sense until you’ve listened a few times. The rest of the album displays some of this same restlessness, with songs like “Reina Mora” going on a three-act dramatic journey via musical arrangements and motifs. Even when he’s being relatively straightforward (for instance, the post-punk jam of “Elecciones”) the songs feature surprising moments that keep your ears perked up throughout. A great album that rewards multiple listens.

Choice cut: The oppressive yet tuneful psychedelia of “Bipolar”.

Las Partes is available to stream on Bandcamp, Spotify, and Youtube.

Yaatra’s debut full-length album Arkhan builds on the promise of the EP Astrofuneral. This band makes music that feels like exploring the darkest, innermost reaches of the human psyche. They do that through the medium of progressive stoner/sludge metal, which is a music genre that we straight-up don’t feature enough on this publication. But every time we do, we find ourselves talking about Yaatra, because they blew us away the very first time we heard them. These songs are long, they are often spacey, they are often aggressive, and they are very loud. But they are also extremely deliberate in their compositions; this does not feel like a “jam band,” but rather a group of musicians setting out to write the score to a terrible ayahuasca trip (the trip is terrible though, not the music. The music is good). If you’re a fan of the genre, check it out; if you’re not, check it out anyway.

Arkhan is available to stream on Bandcamp, Spotify, and Youtube.

We recently wrote about Luca Bocci; more specifically, about their 2020 album No Pierdas La Simpleza, And while that album is fantastic in its own right, we are still very much taken with their debut Ahora, a gorgeous pop album that brilliantly showcases Luca’s songwriting and performing abilities through a collection of vulnerable, deeply personal, melodically breathtaking songs. Luca performs their songs with the confidence and gusto of a seasoned veteran; it is almost upsetting to find out that this is only their debut. It’s no wonder this album kind of took the local scene by storm when it came out. Sometimes we have to do away with all the flowery song descriptions and tell you plainly: listen to this. You’ll be blown away.

Ahora is available to stream on Bandcamp, Spotify, and Youtube.

Mi Nave is a band that released their absolute best album so far just a couple of years ago, 2018’s Ojos Cuadrados. It is an absolutely brilliant release that we raved about at the time and made our year-end best-of list. But everything that we love about that album — their penchant for serpentine, hypnotic instrumental passages broken up by occasional bursts of lyrical obliqueness, driven by melodic basslines and decorated by layers upon layers of reverby guitar. This version of their sound is, naturally, less refined than what we would end up with, but it’s still absolutely brilliant and inspiring and grandiose all the same.

Choice cut: “Pez,” a beautiful little English-language track that recalls the more whimsical side of Jesus and Mary Chain.

Brillante is available to stream on Bandcamp, Spotify, and Youtube.

A silky-smooth debut by photographer-turned-musician Anyi. Though largely driven by synthetic beats and studio trickery, the vibe is that of a confessional singer-songwriter type album; it features lyrics designed to capture and preserve specific moments from relationships, and specific emotional states of being. Influenced by r&b, neo-soul, and indie rock in equal measure, it defies easy categorization while sustaining a specific mood and sonic palette throughout. An extremely impressive debut, and a fantastic wind-down album.

Crucero Cristal is available to stream on Bandcamp, Spotify, and Youtube.