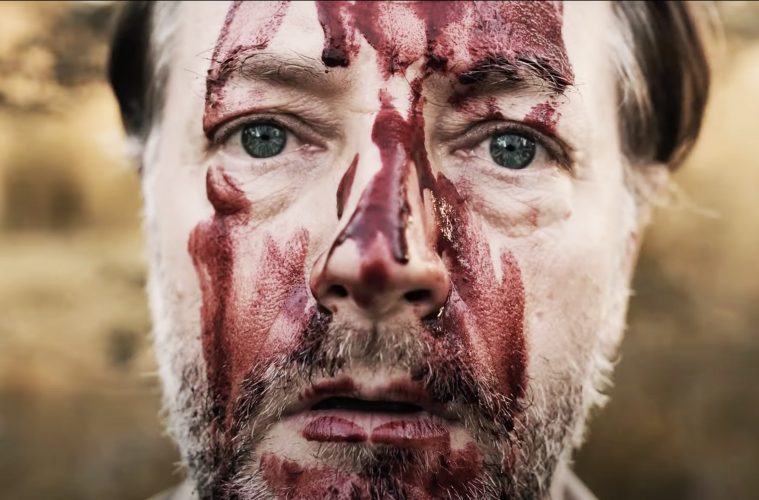 I love film festivals. My first real quarantine heartbreak was the realization in mid-March that the Buenos Aires International Independent Film Festival, which has long been one of my yearly traditions, would most likely have to be canceled. There’s something truly special about the act of diving into a strange new world of cinema, with selections you’d almost certainly never see at a standard movie theater. Making your way through styles and genres and aesthetics without really knowing just what you’re plunging into. It’s one of my favorite things in the world.

That said, film festivals can also be a bit…  stuffy? A little self-serious, maybe? A little too impressed with themselves, and the super-deep selection of Very Important films they’ve curated. As much as I adore attending these festivals, there are times when I find the air of self-importance more than a little off-putting, in everything from the writeups in their film catalogues to the introductory speeches to, often, the selection of films themselves. Sometimes, festival culture appears to be under the impression that in order for a film to be meaningful, it must also be a joyless trudge.

Buenos Aires Rojo Sangre is nominally a “horror” film festival, but it actually encompasses more than that. For the last two decades, has been bringing a selection of wonderful weirdness the world over for Buenos Aires audiences to enjoy. Yes, horror is at the core of the festival’s mission statement, but it’s actually quite diverse, featuring everything from comedic, tongue-in-cheek midnight monster movies to films that incorporate elements of fantasy along with the more relentlessly bleak horror fare. There’s outrageous offensiveness and there’s solemn artsiness. There really is something for everybody.

The first time I attended the Buenos Aires Rojo Sangre film festival was back in 2013, the year they were screening the very first Sharknado film (mind, this was before Syfy’s “Sharknado” series became a genre unto itself). At the time I’d heard rumblings of this horror film festival where crowd participation was encouraged and the simple act of sitting and watching a movie as an audience member turned into a raucous free-for-all. And it lived up to its reputation, as the audience thrilled with every beat of utter ridiculousness up on the screen. The moment Ian Ziering chainsaws his way out of a shark’s entrails after getting swallowed whole… I don’t think I’ve experienced a more rapturously joyous audience reaction.

Whether it’s Syfy channel schlock, a meditative horror film from Eastern Europe, or a hard-to-describe local oddity, the BARS audience engages each film on its own terms and with full commitment. It’s a festival that has existed for two decades and driven almost entirely by the enthusiasm of its organizers and volunteers. It’s love for the artform, plain and simple.

This year, just like the Mar del Plata Film Festival, they’re bringing the party to computer screens and other devices by making it 100% online and free. It starts on December 3rd and runs til the 13th — you can find more information about it on its official website. Not only will you be able to stream the films, but there will be a number of live events as well, including interviews with filmmakers.

Below is a small sampling of this year’s lineup for you to check out, but there’s tons of other good stuff happening, so make sure to check out the official site and follow them on social media for more details.

Sweetie, You Won’t Believe It

Following along with the theme of “getaways that go horribly wrong,” here we have a film from Canada, the scariest country. In this film, where the horror seems more psychological than paranormal, a young woman and her best friend take a little trip to a remote cabin. Things seem to be going okay until our protagonist becomes convinced that her best friend is stealing her blood. Hate when that happens.

The Time Guardians is a Russian film that brings more fantastical elements to the forefront, with a spirit that falls somewhere between Brazil and Pan’s Labyrinth. A young orphan girl is adopted into a family that holds a magic key. Along with her magical sidekick Paramon, she must defeat an evil witch and her dark army from taking over the city. If you’re a fan of darker fairy tale fare, this one’s for you.

If you’re the kind of person who frequents horror film festivals, you’re probably at least somewhat familiar with the work of Lloyd Kaufman and Troma. From The Toxic Avenger to Tromeo and Juliet, Troma has been waving the flag of joyously trashy DIY punk-rock filmmaking for decades. This new film, an adaptation (of sorts) of The Tempest, is probably the most offensive movie you’ll watch this year. Which is to say: not for the faint of heart. If you’re up for the challenge, you’ll be rewarded with one of the most unique film experiences of the year. (Also, Kaufman himself is one of the festival’s special guests this year, and there will be a live interview on December 12th on the festival’s Youtube channel!)

There’s been a surprising amount of paintball-centered films at the BARS festival over the years. I guess it speaks to the anxiety that’s inherent in play-acting a firefight. This film’s tagline puts it quite succinctly: “we’re playing paintball with a maniac!” A game of paintball goes horribly wrong when it becomes clear that one of the players is taking things considerably more seriously than everyone else.

This is a movie about Nazi sharks. Nazi sharks who can fly. Yeah. Once again, that should be enough, but if you’re a stickler for detail: when a group of scientists stumble upon a frozen WWII war tank, they also stumble upon the Nazi’s horrifying creation: an army of genetically modified sharks… who can turn invisible. “It’s a disaster,” a character says in the trailer. I mean, duh. This is an absolutely ridiculous movie that promises to be a heck of a good time.

Ariel Martínez Herrera’s Toxico is a film that became known as “the movie that predicted Covid,” taking place in a barren post-apocalyptic wasteland where a mysterious virus forces the population to social distance and wear masks outside. Check out our full review of the film!

If you enjoy vampires but you’re tired of the same old take on the genre, here’s a movie for you. A vampire film set in Hungary, during the Cold War. Yes, finally, someone has brought together the thrill of geopolitical tensions with that of vampire horror. The plot centers around a young couple who are put in charge of discovering the secret to eternal youth, which, as we know, is a vampire trait. You can probably guess where this is going.

This is a dark, more contemplative Argentine film about a family who, after going through a series of misfortunes, slowly comes to the realization that these tragedies aren’t mere happenstance. Instead, it’s all related to the dark past of one of the family members. Spooky.

Once again, this is a tiny selection of what’s available this year, so go check out the full program online.