We all have a friend in our circle who fills in the slot of “the one who is way into astrology.” You leave them a voice message explaining how you accidentally sent your boss a joke that was about her, or that you swiped right and now you can’t stop talking to your new flame. You can bet that their answer will be inspired by the heavens:

This cause-and-effect relation that is used to observe, to judge, to categorize and to justify life is a familiar cycle. It’s the power to identify, but not to understand.

According to astrologer Emanuel López, if you go below the surface, you’ll find that the practice has much more to offer. That is if you’re open to using it as a mirror directed towards your persona, resting upon thousands of years of history.

López has given us a glimpse as to how he sees astrology as a tool for empowerment, as well as his process of reading natal charts in his personalized consultations.

On his introduction to astrology

“From zero, I went to have my chart read without knowing anything.”

A natal chart gives us an image of how the sky was above your little baby head when you were fresh out of the oven (a.k.a being born). It is unique; no two charts are exactly alike.

Looking back, with many years of experience doing natal chart readings, López sees something in all of his clients that, in retrospect, he can recognize in himself on that day in 2013: a search for something else.

This feeling of dissatisfaction is like an itch you can’t scratch. It’s knowing that “something is making us not feel good.” For him, it was a moment in which he “needed some kind of guidance” that his search led him to other experiences and finally to astrology without any previous knowledge.

He did his chart reading with Claudia Piegari, who later became his teacher and mentor. His face lit up with a smile when he talked about his teacher; a physical reaction to her positive influence on him. During the reading Pegari “opened a door during a critical moment (which is what happens in the majority of the cases) because you go to a reading because you feel dissatisfaction.”

He signed up for classes with Pegari, initially to understand his chart and later on to understand that of others. “Learning astrology must be in a group, because situations and themes emerge within a group setting that you would never reach if you studied alone in your house.” Just like in science, you need to study a sample size large enough to understand the idiosyncrasies of the data being presented. And for López, science is, in fact, the destination. “There are a ton of different tools and paths, astrology is only one, but they all end up in the same place – science.” 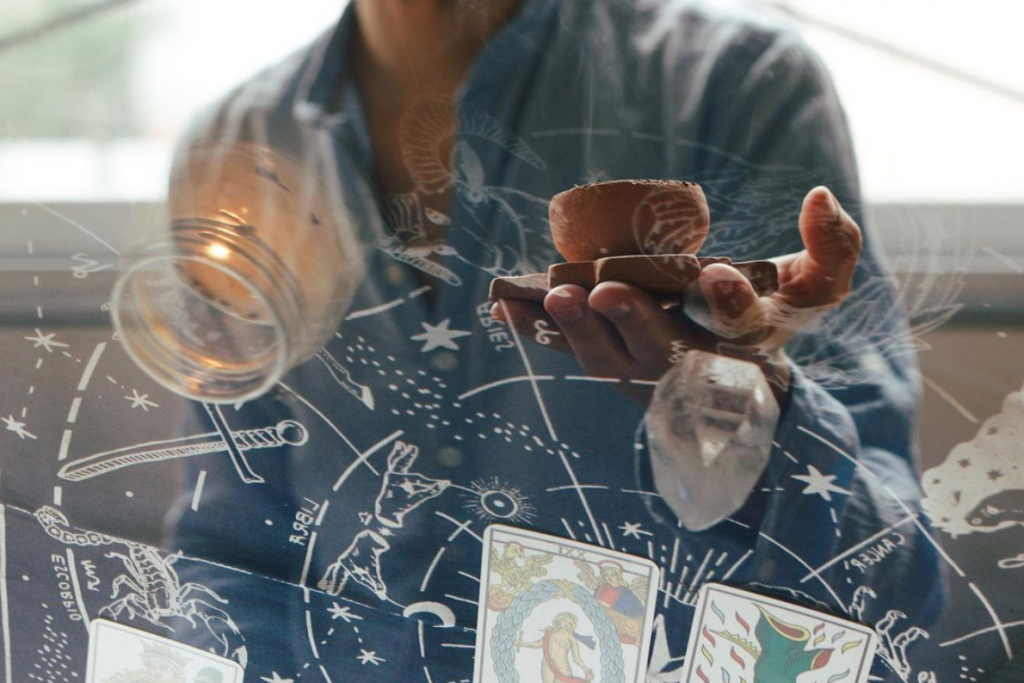 On contemporary astrology in our culture

To talk about where we are, we need to look at where we have been.

“For our parents’ generation, astrology was predictive.” Until  very recently it was common to sustain “a paradigm of astrology from the Middle Ages where the astrologers had to predict for the kings when it was best to go to war or have children or when they should not have children.” This rebound between cause and effect “put astrology into a place of prostitution because its only use was to serve the kingdom.”

The old paradigm of astrology where the astrologer tells your “what you have to do, what’s going to happen to you, and even who you are,” puts that astrologer in a position of power, thus effectively dis-empowering the person that is in a critical moment of searching. It’s a message that echoes what we are told by authoritarian organizations around the world, telling us that the answers that we seek are outside of ourselves, and leave us asking ourselves if we really even deserve to feel good.

It’s true that in this day and  age we all know a little bit about astrology, but this visibility has its counterpart: “Astrology can become something superfluous.” López makes an analogy: we can walk in our orchard choosing fruit (leaving behind the ones we don’t want) but we never stop to ask ourselves about the origin of the roots of the tree. If we don’t observe from the root, it remains characterological. This compartmentalization is just a justification to not take responsibility for your life.” It tells you that ‘you act like x because you are x sign” (remember your friend from earlier?). For López, astrology’s role “is not to justify  your actions, reactions, or personality, but instead for showing you why you generate situations in your life, and that the tools you need to conform those situations are already inside you, if you recognize them.”

Additional influences on his astrology practice

As with all disciplines of study, astrology does not exist within a vacuum. It’s possible to mix it with other knowledge, making it multidimensional and whole. López employs many techniques in his study, including Mayan astrology, bio-emotional decoding, and the Human Bridge. His entire perspective revolves around a humanistic philosophy based on psychology. What interests López are the spaces in the chart where the conscious and the unconscious live. For him “the conscious is a rudder of a ship and the unconscious is the ocean.”

His process for analyzing a natal chart

“The process is usually always the same”

“When we start working with natal charts we realize that there is a lot of information and we get dizzy.” López systematically “opens the chart like the petals of a flower.” He begins by looking at the balance of the elements (water, earth, fire, and air) and calculating whether they are exalted or lacking (which is not a good or bad thing, just a characteristic). He takes a broad look, taking all the main themes, trends, and “potentials” into account.

Then he analyzes “the consciousness journey”, which is a metaphor he uses to explain the journey of the soul in this life. It tells us “where do I come from, what am I doing, what are my means, and where am I going”. He explains that “like any trip, it is sometimes uncomfortable because it takes us to unknown places.”

Unfolding the entire chart, he sees the macro and makes a hypothesis. “No matter how well analyzed (the chart) is, it is always a hypothesis because we cannot predict the future. We do not know who will embody this chart “

His process is influenced by psychology as well. “Consciousness, our ego, cannot take charge of all the energies because there are many. What it does is sectorize and choose: I am this.” It is true that characterizing is a completely natural phenomenon of the human mind. We need it to live a “normal” life that adheres to the rules and regulations of society. But when we ignore the unconscious, pushing it under the rug, we start to feel that nagging feeling that something is not quite right.

In astrology the conscious and the unconscious are called light and shadow. “Light is the part of me that Identify as me, I feel recognized by this part, first by my family and then by society, and I feel loved”

On the other hand there’s the shadow. Despite its name, it is not something to be feared. “It is what is outside of what I consider as ‘me.’ It’s what I don’t adopt as my own, but it is, and it remains in the unconscious”.

“My main jobs (when reading a chart) are to identify and weave a link between light and shadow.” For him, “it is the most valuable thing in astrology.” López warns saying “the light and the shadow do not define the person.” In which he has a good point, “what good is it for a person to accept a definition (of himself) from another person? Nobody is going to know you more than you. “

When a person comes for a reading it is because there is a specific dissatisfaction. “If a person is well, if they feel good and have a full life, why would they go to a consultation?” In his experience, 99% of the cases have to do with the shadow — what we don’t see in ourselves. In our lives, people and situations will appear that require something that is in our shadow to face them or at least, not feel uncomfortable. “Situations that cause us symptoms (of dissatisfaction) are a mirror for our shadow.” 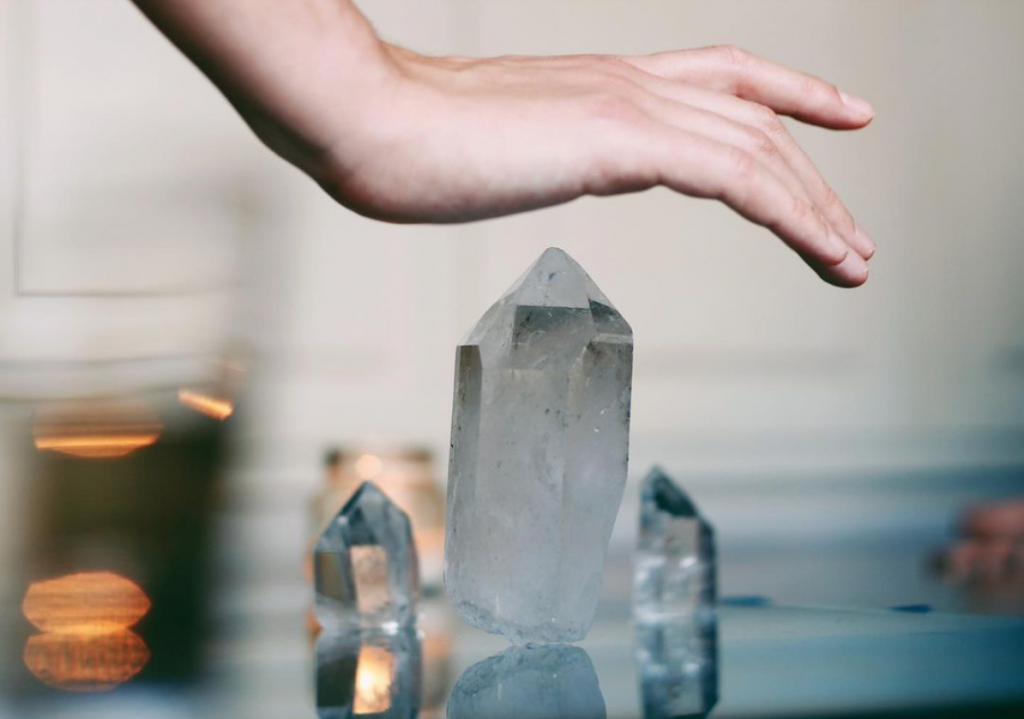 How should a client prepare for their first reading?

“The human encounter is the key.” All the preparation prior to the analysis is dormant until coming into contact with the client, either in person or through a video call. It lasts approximately 2 – 2.5 hours and is recorded so that you can listen back to it whenever you want.

Without the encounter, vulnerability is lost. “You have to let go of control, we have too many tools to take control because we are afraid. You have to trust the meeting ”.

He explains that some people have asked him to make the recording by himself or to write the analysis of their chart, but he believes that “it is not the same (to receive) loose information … it has no value to enrich anyone.”

A piece of concrete advice for people who always walk around with a notebook in hand (me) is to “write down the topic you want to talk about – it will be very clear to you – it is why you are coming.” He also shared that some clients prepare questions, but they are usually answered before they have a chance to ask them.

It is normal to be nervous. “Usually, they haven’t been to a reading before.” He suggests that it become a habit to make an annual consultation around your birthday — or solar return, as it is called in astrology — to get a sense of the year ahead.

The top tip: empty yourself.

“Empty yourself of concepts and remember that we are going to a place where you are going to find sides of yourself that you did not see before. But it is not because I’m telling you, it is because it will emerge in the dialogue about your chart.”

In his consultations he intends to gently dismantle the outdated view of predictive astrology that he has seen cause a lot of fear. When approaching a consultation, his objective is to help the person to open up and discover that, in reality, “an astrologer is not going to tell you anything that you don’t already know.” It is within you, in your shadow. It’s the information you have been looking for.

You can reach out to Emanuel Lopez through email or Instagram for an analysis of your natal chart, and to discover your shadow.