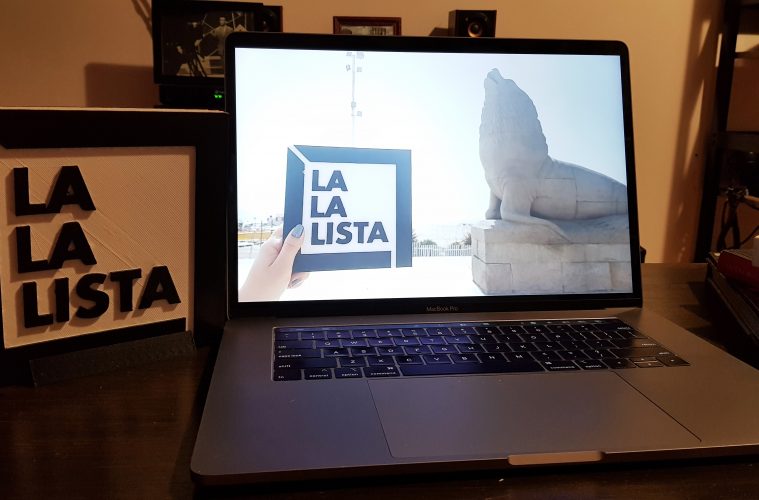 Off the Marquee | Selections From this Year’s (All Free, All Digital) MDQ Film Fest

Just about a year ago, several members of the La La Lista team took up temporary residence in the coastal town of Mar del Plata, staying at an Airbnb that felt at times like a 1970s time capsule and a Lynchian fever dream. Our days consisted of getting up early, rushing to book tickets through the festival’s often-capricious press platform, watching an outrageous amount of movies, cooking meals for each other, taking leisurely strolls through the beach, and gradually coming to terms with the fact that we never really felt like attending festival parties. We were there to cover the Mar del Plata Film Festival, Argentina’s most prestigious film event (check out our illustrated list of favorite movies at the 2019 edition). It was a glorious time.

As with just about everything in this god-forsaken year, plans for the 2020 installment of the festival had to change dramatically to account for the whole global pandemic thing. It’d be ridiculously irresponsible for the festival to go ahead as planned when Argentina has been averaging over 10,000 new cases a day. So, like much of our lives, the festival mutated into something we can do safely from within the confines of our own homes. Not only that, but it’s become an entirely free event. The best possible outcome given this year’s very trying circumstances.

This is great news if you’ve always wanted to take part in one of the world’s top film festivals but the idea of traveling all the way to Mar del Plata to eat churros and look at sculptures of sea lions felt unappealing. The Instituto Nacional de Cine y Artes Audiovisuales (INCAA) made the announcement last week, and film enthusiasts all over the country — many of whom had already run through the various stages of grief regarding the 35th installment of the venerated festival — cheered in utter glee.

So, wait, how will this work?

It’s not going to be quite as straightforward as “everyone can watch all the movies for free all the time”; for one, you still need to register through the festival’s website and book your ticket. And in order to make this manageable from a technical level (as well as, we assume, to simulate the actual experience of going to a closed movie theater), there is a limited number of tickets available for each screening, ensuring that the attendees are there because they really want to be instead of just half-watching in the background while they play another round of Among Us.

The films will be available to stream for a period of 72 hours. There will also be special events, Q&As, and tributes to recently departed figures of Argentine cinema such as director Pino Solanas and actress Rosario Bléfari.

This year’s film selection is also, understandably, somewhat whittled down; while the Mar del Plata Film Festival usually has a sprawling selection of films from all origins and genres, creating a veritable smorgasbord of film that can be as appealing as overwhelming, this time around there are about a hundred features and shorts. This makes it easier to find something good to watch. And you know what else makes it easier to find something good? Us. Your friends at La La Lista, who went through the entire list and found some highlights to share with you.

Remember: these are just a few selections that jumped out at us; we invite you to go through the entire program yourself and explore. That’s usually the best way to find new favorites at a film festival. It might be a little daunting at first, but trust us: the experience of trawling through a list of titles and making a selection based on the little information available online, then falling head-over-heels in love with a new favorite movie, is an incredibly rewarding experience. We recommend you try it.

We love pitch-black comedies. We love movies about not really knowing what the hell you’re doing with your life. We love films that take place almost entirely in real time. And we especially love independent debuts that are a wry exploration of the intersections of millennial/gen Z anxiety, mortality, and legacy. Director Emma Seligman’s feature film about a a directionless young bisexual Jewish woman who attends a shiva with her family and must withstand 90 minutes of their prying questions and judging eyes immediately caught our attention.

We also love movies about making movies. From 8 1/2 to Adaptation to S.O.B., capturing the process of creation serves as a fantastic backdrop for thematic exploration. And in the case of Red Post on Escher Street, the new film by acclaimed Japanese filmmaker Sono Sion, it’s a way to explore the frenzied quest for fame through the process of artistic creation, as well as the loss of freedom in our current global climate.

Shot in the streets of Corrientes, Las Mil y Una follows Iris, a 17-year-old girl who’s been kicked out of school and whose life opens up after meeting a bold and confident new friend. The new film by Clarisa Navas seems to be a deeply personal coming-of-age story, a piece about young love, identity, figuring out who you are and who you want to have around you, as well as the ways in which seeing yourself through the eyes of others can aid in constructing your own sense of self.

Sticking to this theme of young people trying to figure themselves out as their lives are plunged into adulthood, Piola is a Chilean film by Luis Alejandro Pérez. It uses hip-hop culture as its framing device, capturing the rising discontent among the youth of Santiago. It tells four stories, discretely connected, and together creating a well-rounded portrait of a time and place in the country’s history.

Making a movie about a young girl falling in love with a much older man can be a bit of a dicey proposition in this day and age, especially when said young girl is a teenager. However, the fact that said girl is portrayed by Suzanne Lindon, the writer and director of the film, points to it being more than a gross power fantasy by some gross dude. We haven’t watched it yet, but reviews indicate that the film is, instead, an exploration of ennui and the ways we use each other to escape it.

Francisco Márquez, the director of Un Crimen Común, was one of the co-directors of one of our recent BAFICI favorites La Larga Noche de Francisco Sanctis. This alone was enough to make us interested in this tense new film, a crime story that explores themes of class consciousness and guilt. The fact that it stars Elisa Carricajo (from Piel de Lava, and who collaborated with us on our quarantine recommendations piece) is just icing on the cake.

Lois Patiño’s Lúa Vermella appears to be a tense, uncomfortable, eerily disquieting film; the kind of thing you watch at a film festival and then spend three full days thinking about. Visually elegant and deeply poetic in its storytelling, the clearly-Tarkovsky-influenced film tells the story of a small village in Galicia whose inhabitants have been fully frozen still for mysterious reasons. If that, coupled with the chilling trailer, is not enough to immediately get you to book your ticket, I don’t think there’s much more of a case I can make for it here.

The Woman Who Ran

Hong Sang-soo’s The Woman Who Ran has been racking up acclaim in every festival it’s played, so we’re stoked to finally have the chance to watch it. The story is told through various conversations between women which, hilariously, are all interrupted by an annoying dude. Consensus indicates that it’s the kind of movie that is able to make even the most mundane events feel massive and poignant, and that its placid charms are a healing balm in this awful year. We’re in dire need of a balm.

A stylish sci-fi film that manages to create atmosphere and a crescendo of dread through the course of its runtime. It follows a teenage runaway who participates in a sleep study, which turns into a nightmarish descent into the deepest, darkest recesses of her mind. With a retro-futuristic aesthetic and a tonal blend of horror, science fiction and even fantasy, Anthony Scott Burns’s new feature promises some pulpy thrills.

Yoon Danbi’s Moving On is a poignant family story, a powerful human drama coated by this lovely, bittersweet feeling of melancholy. Told through the eyes of a young brother and sister who are forced to watch their family fall apart, it’s been racking up awards left and right, and is apparently one of the most nuanced and complex explorations of divorce ever to grace the silver screen. No Adam Driver belting through Sondheim here.

There you have it. A few quick recommendations for you. Go explore the rest of the lineup, and take a look at the event calendar (which includes, among other things, a conversation with Miranda July?!). Also keep in mind — we haven’t actually watched these yet. We’ll be right there with the rest of you, in the digital movie theater, munching on digital popcorn.