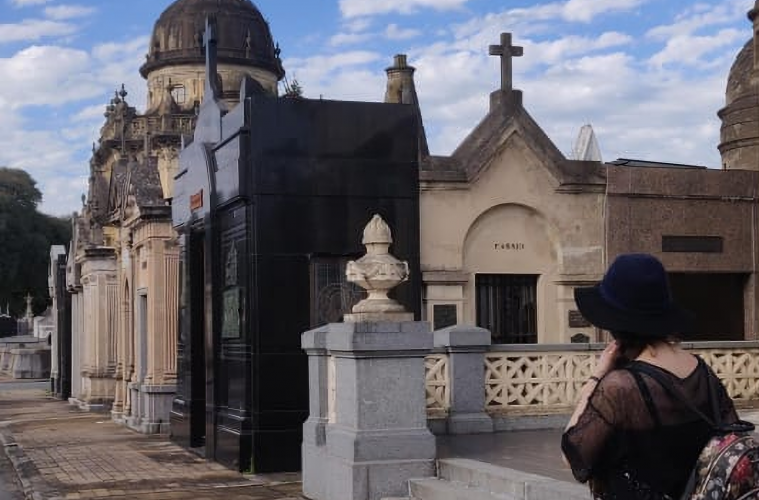 The particular pain of pandemic gloom has led me to dwell on the looming specter of death. Throughout history, humans have lived their oftentimes illustrious and oftentimes ordinary lives, and have thereafter been laid to rest in countless graves and tombs. Death is something that, in a peculiar way, unites people everywhere, regardless of their social status, race, religious beliefs, or place of residence. Death is a universal certainty, and we might find some sort of peace in knowing that we’re going to die. It’s the one guaranteed thing that we have. Perhaps this perspective will thrust us to live every single day towards something that makes us feel that this world is worth living for. Or perhaps not.

So what does death really mean? And what’s with the anxiety and silence around the D-word? We know in order to truly understand cultural responses to mortality, we must explore the impact of death and dying on culture, and the way in which they have shaped human behavior. In many cultures, talking about death might be more taboo to discuss than even sex or money. My experience is that most westerners’ interactions with it are limited to times of crisis. In a culture that’s obsessed with prolonging life, death is seen as a failure— dark and depressing, morbid and morose. The multi-billion dollar funeral and cemetery industry thrives on our society’s reluctance to face, or even think about, death.

Although our fear of death is nothing new, our present refutal of death is. Our current unfamiliarity with natural death has become more informed by horror tropes— including the dead returning to haunt us, or corpses suddenly reanimating to grasp at the living— than by facts.

After having a uniquely haunting yet invigorating visit at el cementerio de la Chacarita with a friend, I developed a grave interest in the practices and rituals around death and hence, was bewitched into digging deeper into the subject. As someone who loves to wander cemeteries, I find it comparable to visiting a museum: an opportunity to enjoy seldom seen sculptures, intricate carvings, and amazing architecture, all in a serene, yet energetic, outdoor setting.

The origins and history of el Cementerio de la Chacarita gives us premise as to why a visit to this city of dead is an eerie one indeed. In 1871 the cemetery was swiftly contrived due to a deadly epidemic of yellow fever seizing the city of Buenos Aires causing many fatalities and imposing demand of new cemetery space as the existing South Cemetery, (now Ameghino Park) was lacking room and the North Cemetery (currently Cementerio de la Recoleta) prohibited those who had died from the epidemic from being buried there.

The hasty inauguration of the cemetery along with the extensive number of victims caused by the epidemic, resulted in minimal regulation of hygienic practices and in 1886 the cemetery was permanently closed in the interest of neighboring residents who complained about the smell. Since then, the cemetery has been reinstated, revamped and revitalized resulting in hundreds of visitors and tourists every year dying to get in in order to get lost in its tranquility and admire its architectural works of art, sculptures, and tombs of illustrious figures.

Consequently, in my desire to fully experience this city’s history, I decided to become yet another such visitor.

The weather was perfect the day of our eternal-home outing. This particular Saturday afternoon was serene. The expanse of the clear, blue sky gave me a sense of enthusiasm and liveliness. The peaceful and untroubled energy of the cemetery was stoical. I’m not sure if it was due to the residual effects of isolation or an ethereal pizzazz coming from the cemetery, but I sure felt more alive that day than I had in awhile.

As we approached the cemetery a sobering excitement embodied me. Although the mausoleums and tombs that are inside this cemetery contain very different architectures and styles, the facade of the cemetery is totally Greek influenced. The entrance is of the Greek Doric order. Noted in its abundantly robust columns, stemmed with pronounced furrows, and pointed ends. Also at the entrance, a relief is depicting God in the guardianship of four angels. God is descending upon the world of the living to provide them His mercy and to seek out the dead. Crowning the top we can see a sculpture representing the animated Archangel Gabriel holding his trumpet and pointing to the sky above, where the house of God resides.

Though I certainly don’t consider myself an architecture doric (get it?) as I entered the cemetery and saw all the different architectural styles and resources needed to maintain this necropolis, it got me wondering about the massive industry of death and questioned whom our current afterlife system is serving and why are we so afraid of said afterlife?

Evidence of rituals associated with death is ancient—burials of modern humans date back about 30,000 years, a testament to the very human need for a physical means of coping with loss, and we know that historically philosophers and intellectuals have believed, and still believe, that death is nothing to fear. Now, the 21st century seems to have its own perspectives on death, and one might be best described as a kind of philosophical FOMO. Some of us dread death because we’ll miss out on things that we want to experience. Even if we don’t feel a deep sense of loss at what we missed before being alive, we’re afraid of feeling loss at what we’ll miss after we die. Which begs the question of ‘what do we really value about life?’ because that will have an impact on what we think about death in general or about the death of a particular person.

Even if we’ve been convinced that fearing our own death is absurd, well then what about the death of others? Is it equally silly to fear the death of the people we love? Probably so, because what we’re fearing might not actually be death, rather being left behind and alone when our loved one dies. Which begs another question: why would we fear the inevitable? We know that death is going to happen to everyone, and we also know that it’s a part of the life cycle and we don’t see any other part of that cycle as being bad. Perhaps, as Taosit philosopher Zhuangzi would question, why not celebrate the death of a loved one just as we celebrated every other life change that they experienced?

When it comes down to it, how we feel about death has probably been shaped by culture and environment as well as our beliefs about whether or not there’s an afterlife – and if there is what’s it like? But why is it that we are afraid of death? Whether there is a good reason or not the idea is still haunting for many, including myself. I ask this question with the sense that there isn’t any good answer. It’s a kind of ironic question. Perhaps a foolish one. Either way it’s the one thing central to our experience. Death is something that, in a peculiar way, unites us.

Since working on this piece, I’ve learned that being open about death can actually calm our fears. With these words, my hope is that you might think differently not only about dying, but also about living.