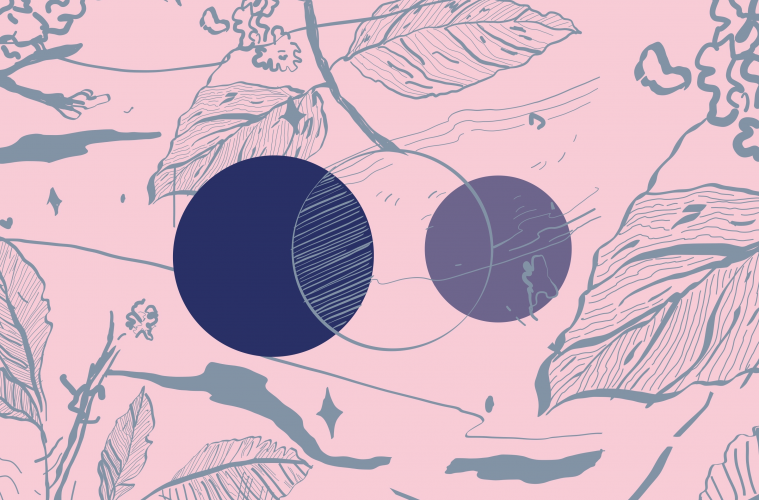 In the last installment I talked about time, but I cut the article short so as to not spend too much of it. Now I’m back with more. (But at the same time, less.)

In case this is your first time here, welcome to Argentine Slang to Expand the Mind, the series where I ramble haphazardly about Argentine colloquial language in the context of linguistic relativity — the idea that, in a nutshell, your thoughts go where they go because of the words that you know. So, naturally, in a different language, you think different thoughts. And the more languages you know, the broader and more diverse your possibilities of thought are.

You can click on this handy dandy time warp button to access past and future installations of Argentine Slang to Expand the Mind.

And now, quickly, before I give in to the urge to make a cheesy reference to the 90s broadway hit musical that forever engraved a certain time-related number in my head, let’s get on to some Argentine time expressions.

So what does it mean?

Well, in some cases, if we’re being brutally honest with ourselves, it’s a polite way of saying “never.” But in other cases, it means sometime within the next few days. But those days can easily stretch into weeks, or even months. Or, it can refer to a span of time that started within the past few days and will likely continue into the next few days.

While the literal translation of this expression would be “in these days,” don’t confuse its meaning with the English expression these days (also expressed nowadays, or similarly, in this day and age) — the proper way to say these days is hoy en día (literally, “today in day”).

You can use this expression with different time-related nouns in order to give a more accurate ball-park description of the span of time in question. You can say en estas horas (hours), en estas semanas (weeks), en estos meses (months), or en estos años (years), to give a few common examples.

Wherever you go, there seems to always be a bit of discrepancy among the general population over the exact time frames of the words we use to describe the times of day. I remember witnessing many a casual argument, back when I lived in the US, over exactly when the afternoon ended and the evening began, or when the evening ended and the night began. I’ve witnessed similar casual arguments here.

When I was first learning Spanish, I learned that tarde = afternoon and mediodía = noon. Maybe that’s true in some places, but not here, and not according to my understanding of those words in English. Generally, afternoon referred to the period of time that started at 12 p.m. and ended sometime between 4 p.m. and 7 p.m., depending on who you asked. And noon, well, everyone pretty much agreed that noon was 12pm. An exact time, not a span of time.

Mediodía is not an exact time in Argentina, and here’s an anecdote to show you what I’m talking about. I had to catch a bus to Rosario, where Penny Peligro had been invited to play at RockVi in Rio, an annual music festival organized by Rock Villero. (The details are necessary because it’s this magazine’s mission to promote local independent art and cultural activities.) My bandmate who had procured the tickets informed me that the bus would leave at mediodía, so I planned to be there around11:30 a.m. Turns out that the actual time of departure was 3:30 p.m. , and I was the dumbass who spent four hours chilling at the bus terminal because I didn’t ask for clarification on “what time mediodía??”

So, by that understanding, mediodía = afternoon (more or less). So if mediodía is afternoon, what the heck is tarde? Well, that’s easy enough — it’s evening. And then there’s tardecita. I once asked someone what the difference between tarde and tardecita was. I was thinking that maybe one was later or earlier than the other. But their explanation was that, the difference doesn’t have to do with when, so much as what. So, in keeping with typical usage of the diminutive, a tardecita is just like a tarde except nicer, prettier, softer, and generally more appealing.

And then, there’s an extra time of day in Spanish that we don’t have a specific word for in English, and that’s madrugada, which is like “the wee hours of the morning;” the time between when the noche ends and the mañana begins. And it’s a very important time in Buenos Aires, where most parties (back when we were allowed to have them) don’t start until after midnight, and don’t end until the sun is making it’s way up to the middle of the sky.

This is a fun one, arguably less of a linguistic observation and more of a cultural one (but under the premise of linguistic relativity, there’s really no line that separates the linguistic from the cultural), and involves another anecdote of a time I felt like an idiot because I didn’t understand Argentine colloquialisms.

In Buenos Aires nightlife, “starts at 8 p.m., PUNCTUAL” actually means “if you arrive by 10 you’ll be fashionably early.” And the anecdote is of the very first show I played in Buenos Aires, in September of 2017 at a place called El Club Bar near Plaza Serrano, where they hosted an acoustic ciclo called Indie Mondays. (Among the artists I shared the bill with that night were Ali Len, who has since been putting out some really excellent ambient-inspired tracks, one of which we featured in our Monthly Music Roundup, and Sebastian Guerschuny, who released a new single this year.)

It’s not a super interesting anecdote — the punchline is that I arrived at 8, as per the directions of the organizers of the event, who had sent multiple messages clarifying, pleading, in ALL CAPS, that we MUST ARRIVE BY 8 P.M. Actually I arrived at 7:30, just in case. Typical yanqui move. The bartenders were so confused as to what I was doing there at that hour. They let me in, even though they had barely opened, and I sat at a table with my guitar and felt very uncomfortable for two hours. The event organizer arrived around 9:30, the other musicians around 10, and the show started around 11.

Depending on the formality level of the venue, you can play an estimation game of when the event will actually start, in relation to the start time given. For example, in a venue like El Teatro Colón, one of the fanciest and most famous venues in Buenos Aires, a 7pm start time would probably mean the show starts between 7:15 and 7:30. On the other hand, at a venue like, say, POMO Distrito de Arte, which has since closed, but was one of the most run-down dive bar/music venues in Palermo, where only the most under of the underground music scene (i.e. me) played, a  show with a 7 p.m. start time would probably get going around midnight at the earliest.

Anyway, aside from the examples I’ve given, which have to do with music events Buenos Aires, in general, punctuality is a much different concept here, as compared to my life in the US. Even with things such as job interviews, or dentist appointments, arriving late is like, no big deal. If you’ve ever lived in the US, you know that arriving even as little as two minutes late can often cost you a job or a rescheduling fee. That is not the case here.

And  it’s the same with friends, and dates, as well. Arriving “on time” means arriving more or less within an hour of when you said you would arrive. I have since become accustomed to this. (Maybe too accustomed? If I ever decide to go back to the US, this would most certainly cause problems for me.)

So, that’s it for this edition of Argentine Slang to Expand the Mind. I hope you liked it. I’m going to be taking some time off from writing this series as I will be spending the next few months desperately looking for a job (and then hopefully training for that job). If anyone has any leads on translation or interpretation gigs, send me an e-mail 😉