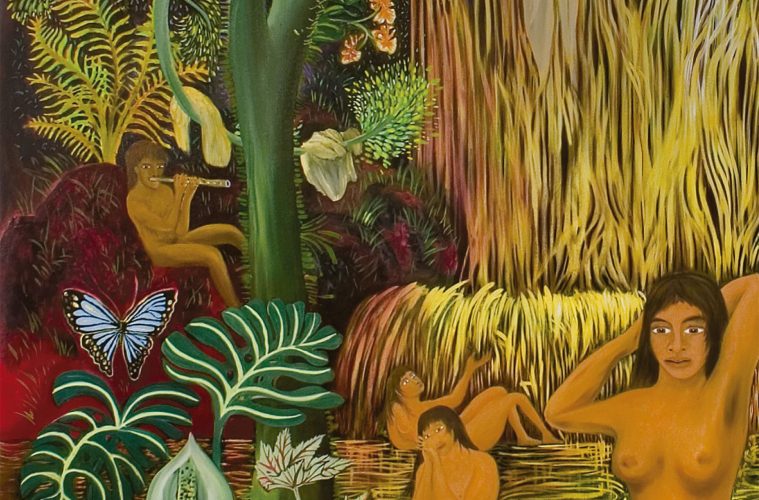 Gaucha For Our Generation | The Adventures of China Iron

The Adventures of China Iron, shortlisted for the 2020 International Booker Prize, gives new voices to an old legend.

“It’s difficult to know what you remember, is it what actually happened? Or is it the story that you’ve told and re-told and polished like a gemstone over the course of years?”

So asks China Josephine Star Iron, narrator and protagonist of The Adventures of China Iron, Gabriela Cabezón Cámara’s 2017 novel. Translated to English this year and shortlisted as one of six finalists for the 2020 International Booker Prize, the UK’s famed literary award (which was ultimately awarded to Dutch author Marieke Lucas Rijneveld), Cabezón Cámara’s narrative revisits the 19th-century Argentine epic of the gaucho Martín Fierro, but through a lens—feminist, queer, postcolonial—that is anything but out of date.

Orphaned since infancy and forcibly wed to Fierro, a “coward of a husband and a prize charlatan” for whom she bears two children by age fourteen, Josephine abandons the estancia where she lives and works, liberating herself from the roles of mother, wife and servant, to wander across the vast, wild Argentine pampas. Her first companion, a young puppy, is soon joined by Liz, a redheaded Scotswoman who teaches Josephine her mother tongue, crops her hair, dresses her as a British boy soldier and takes her to bed.

The travelling party’s escapades take them across deserts, through plains, to wooded islands in the Paraná River, to estancias, to frontier fortresses and to indigenous villages. Cabezón Cámara’s original text—florid, vivid, vibrant—is threaded with strings of Liz’s English dialogue then emulated by Josephine (one chapter is titled in English “The strange gaucho who believed he was a writer”), and peppered with phrases in Guarani, Quechua and Mapuche, reflecting the hybrid “criollo” culture that populated the pampas of the late 1800s.

The Adventures of China Iron is a new installment in the long legacy of gauchesca literature. While the genre’s origins stretch back the 1700s, the cornerstone work that established gauchesca as an independent tradition and that gave a newly-formed Argentine Republic its first literary hero was José Hernández’s 1872 epic poem El Gaucho Martín Fierro, which tells of an errant, humble peon drafted to fight in the civil wars that raged the country at the time. Longful for his lost freedom, Fierro deserts, slays two opponents in duels, and becomes an unwilling outlaw, condemned to traversing saloons, Indian encampments and empty horizons while fleeing the police and lamenting for a simple life that is no longer possible.

The gauchos, nomadic rural dwellers of mixed indigenous and European descent, were greatly despised by the Argentine elite of the late 19th-century, who aimed to create an educated and industrialized society in their agrarian nation and saw the rustic, savage customs of the gauchos as one of their greatest obstacles. Martín Fierro was a paradigm change; instead of reaffirming the scorn that predominated among the lettered classes, Hernández’s poem presented the gaucho as sincere and honorable, a victim of historical transformations that both overwhelmed and excluded him. It was through the valiant, forlorn Fierro that the gaucho was suddenly viewed not as an impediment to progress but rather an authentic expression of an incipient Argentine identity.

But while the canon of gauchesca literature is both rich and extensive, it is fundamentally masculine. “There are almost no female voices in the gauchesca tradition,” says Cabezón Cámara. “The idea that the gauchesca world could be told through the eyes of a young girl came to me like a sort of happiness that I felt in my core.”

After studying literature at the University of Buenos Aires, and with a background in journalism and feminism, Cabezón Cámara, published her breakthrough novel, Slum Virgin (“La virgen cabeza”), in 2009, which she then followed up with a series of novellas and graphic novels. In 2013, she carried out a writer’s residency in Berkeley, California, where she began work on China Iron.

Like Hernández’s epic in its day, Cabezón Cámara’s gauchesa tale also cracks a well-cemented paradigm. By portraying some of Argentina’s most cherished characters beyond the confines of heteronormative repertoires and giving protagonism to identities that have been historically restricted to the margins, she vividly depicts new ways to contemplate and understand both the past and present of Argentine society.

But is this unorthodox, queer, feminist fable, as Josephine ponders, “what actually happened?” Or is it rather “a story told and re-told and polished like a gemstone over the course of years?” If history itself is a narrative of the past told from the present, and if Martín Fierro has taught us anything, it’s that The Adventures of China Iron is a gem that will shine brighter and brighter as we move into the future.