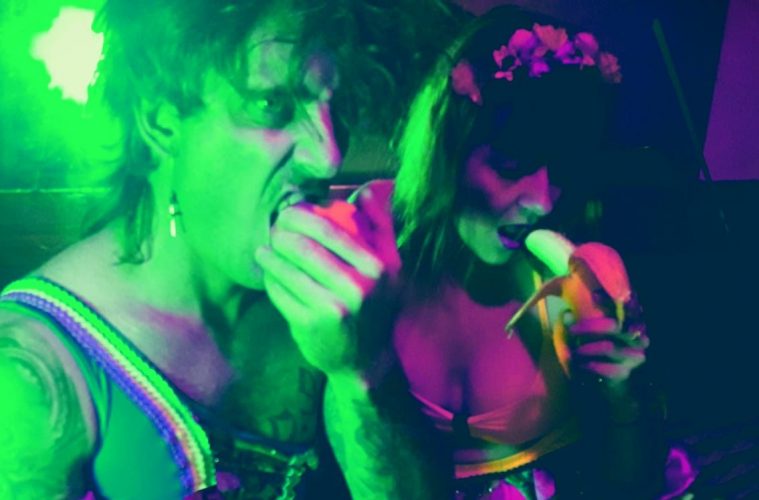 Fresh faced to the BA scene and faced with the daunting fact that venues had been rendered cultural wastelands of a musical apocalypse due to the swift restrictions imparted across the city, I felt all hope was lost. I found myself navigating forums, groups, and playlists, searching for a sense of the local scene.

In between patronizing videos of celebrities singing terrible renditions of Beatles songs and the cringe-inducing usage of buzzwords like “new normal,” “in this together” and other equally manufactured corporate language for profit, there stood a beacon of hope amongst the madness.

Sometimes the hardest part of a journey is actually taking the first step, and in that moment — being from New Zealand, where Frodo Baggins is deeply ingrained in our culture — I finally understood the monumental task ahead. It felt insurmountable, just like walking to bloody Mordor. Or it did, until my discovery.

What I found wasn’t the one ring to rule them. Instead I found a band which was dripping with balls-to-the-wall energy, like an unstoppable juggernaut. They’ve certainly captured my attention and they’ve kept me in the palm of their hands since I came across them back in March.

PaisTerror are about as mad as they come. And even though there’s only two of them, they pack more of a punch than their contemporaries while delivering explosively kinetic rhythms with abrasive guitars and cutting synths providing absolutely crazy results when combined with the lawless roaring vocals.

The musical partnership of Hangie Haberkon & Rocko Rainoldi in 2018 saw not only the creation of this perfect storm of a band but also the birth of a project which exudes creativity in all forms of media without being limited to just their audio output. Notably, they’ve been regularly releasing equally ferocious videos which create a whole world within their creative space to play with their collective being as PaisTerror.

After months of following in their wake it only seemed right to finally chat to them about what makes them tick, how they’ve adapted since their beginnings, and what it means to be punk.

You formed in 2018, how do you feel your sound has evolved over these last 2 years?

Our sound evolved according to what we wanted to develop based on spontaneous compositions. We always respect ourselves and who we are. We don’t speculate on what is fashionable.

What does it mean for you two to belong to the Buenos Aires music scene and how has this defined you as a group?

Bs.As has a great nightlife for artists and it also opened many possibilities for us to distribute our music. In the same way, we do not truly feel that we belong to any scene, we would be doing the same in any part of the world and we would adapt.

You identify as an electro-punk group, how do you think punk has changed over the years and what do you think is next for punk music as a genre?

We believe that punk hasn’t changed and that’s what marks its essence. The way of applying the instruments can vary but the force of punk does not die. The punk genre was totally ingrained in our culture, among other genres, and after so many years of prevalence it’s shown that it’s not just a style or fashion, just the opposite — for us punk is our way of life.

I love the general aesthetic of your music and videos which really expresses a sort of DIY attitude, how much of this can be seen in the production of your music?

Thank you very much, it makes us happy to know that our dedication is evident in each production, not only of the music, but all of PaisTerror. Yes, we do everything at home. We express ourselves with total freedom and we are in every detail. In each intervention there is a sense, be it historical, cinematographic or aesthetic of colors. We try to do everything with our own hands, customizing clothes, filming, editing videos and photographs.

How do you find working and writing together as a duo compared to playing in a full band and what are some of things you’ve learned since you first started playing together?

The more people, the more ideas and therefore more things to coordinate in a band. For this reason, the duo format is more dynamic. In this way we are composers and performers at the same time. Each song, each video clip and each show leaves us teaching and learning. This is the fun of making art, trying to improve and improve ourselves.

When lockdown eventually lifts what is the next plan on the agenda for PaisTerror?

Releasing an album and traveling, planting our seed of sound in every place we go.