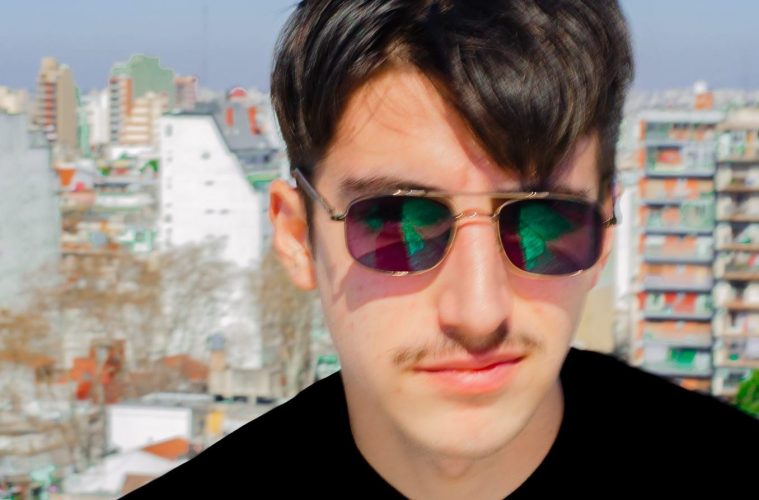 More than just a neighborhood in the German capital city, Wedding is the title of Fonso’s second LP. Another big step in the career of an artist, rich not only in talent, but also in diversity. The multiplicity of projects he takes part in makes him one of the most restless players in the independent scene. With constant movement as his signature play, this is the third album he’s released this year. The first was with his duo project with Bandrio, the other half of UY UY UY. The second was titled Mandrágora, released with the veteran group Mansibal.

Brought to life through sound as a quest for texture, the music of the album takes us on board a journey for which musique concrète is the jumping-off point. In a sense it’s an analogy of the city that planted the seed of its conception. Tearing down walls while melodically surfing them at the same time is the feat that Fonso takes on, standing up tall as a creator of the new millennium.

The fact that there are songs sung in English, not a new factor in Fonso’s productions, adds to the vibe of the hour of music found on Wedding, giving us a taste of his extensive multicultural experience during his stay in Berlin.

With a beer between us, we met up with Fonso to go through the most important behind-the-scenes tidbits from the album, and the extensive catalogue of anecdotes encapsulated in its music.

When did the idea to make Wedding first occur to you?

It basically came out of the experience that I brought back from my time in Berlin from March to November of 2018. But it wasn’t until I met back up with Bandrio, and we listened to all the ideas I had composed on the trip that we saw that there was enough material to be molded into an album format.

What was the trip like? So you got to Germany and what did you do?

Well, the first month was pretty tough. I was living like a homeless person, sleeping in plazas. When I got there I didn’t have any connections, and didn’t know anyone. The first day I got there I was already messaging like crazy on the internet, trying to see if there was anybody I knew who knew anyone or had a friend here, anything. It was hard until the messaging started paying off and I found the means to live.

And how did you get by?

I made a fake resume in German saying that I had a ton of work experience in restaurants that didn’t exist. So I was able to get a job as a cook at an Italian restaurant, because over there eating pasta is considered “fancy.” I have to admit that having an Italian passport didn’t hurt either.

My boss was a celebrity of the bizarre fetish party world. Like whips, leather, slaves. The kind of guy who walks into a dive bar in a leather slip and a muzzle, hauling six people in bathing suits with their faces covered. There’s a lot more acceptance of that sort of thing over there. You can do whatever you want and no one cares.

How did you work out your living situation once you got the job?

I never stopped trying to get hooked up with contacts online, and I connected with Juy Vazquez on Facebook. Meeting him saved my life, and his too. We moved into an apartment that we had to share with with this 45-year-old dude from Kazakhstan. He was all vampire-like and about 50 meters while slouching, a dark wall of a person. He spoke very seriously and with very basic English.

The first day, Juy was the only one there and he went to go take a shower and the downstairs neighbor came up complaining that water was leaking through the ceiling. Then Juy calls the person we paid the deposit to to move in, which was huge by the way, and then two Arab guys come knocking on the door saying that they’re the owners of the apartment. The police arrived, two max steel Germans who told us to stay calm. We waited a bit and then the guy we paid the deposit to shows up and the police confront him and make him give us our money back.

After that we got the apartment in Wedding. The months that I was there I didn’t go out, I stayed inside writing music.

Did you record stuff while you were in Berlin?

Yeah, I drafted all of the main ideas there. I had a Volca Sample (white), the electric guitar and a Casio that I’d bought off eBay for 5 euros. It turned out to be a really rare keyboard, a relic. With that setup I made the outline of all of the songs that ended up being the album.

With regard to the lyrics, while the leitmotif of the album is based in ambient textures, the lyrical element is one of the things that makes the work so special. When did you write the lyrics?

The lyrics were the last thing we wrote. They were all written after the musical tracks were complete. While they clearly talk about the trip, having written them last was a good thing because I was able to get a ton of things off my chest that I hadn’t been verbalizing. The fact that they were written with a friend as close as Bandrio added a dynamic that I couldn’t have made happen on my own, because he was building off the perspective that he had of me when I returned from my trip. Like as though the angle that I have of myself met with the angle of a third eye that was able to observe the change in me.

How did you meet Bandrio?

We know each other because we are from Castelar (Western Zone of Greater Buenos Aires) and from the days when we were playing a ton with Mansibal. I guess we got close through seeing each other at concerts so much. He ended up taking on the role of sound guy and that was when we started trying our hand at producing together. He even mixed my first LP, Some Plays.

After that, we started Uy Uy Uy together, to create a platform where we could work on music in the way that we wanted. That’s what we do, dedicate ourselves to the artistic and technical production of music. Even though each of us has our own role.

It’s not something I desire really, as like a purpose in life. I want whatever has to happen to happen. My goal is to try to do my thing and enjoy life. Having a million or a thousand followers isn’t as important to me as making a career out of it. It’s also part of my desire to live off of what I do without having to sell out. Insistence can be tedious. I think that in that sense you have to give importance to artistic promotion. There ought to be more scenes that are actually doing stuff. Anyway, it’s important to be careful with what you say and do.

What do you see for the future of the project?

Right now my goal is to promote culture. The decision to live here is to have the opportunity to do what I like to do and transmit it to other people. If we’re being honest, the “underground” isn’t really working as an underground, people get frustrated. I would love to see a scene that’s really working hard. I think part of what’s to blame for that is how the media here works.

But I’m hopeful, I feel like a lot of really positive things are happening. There are a lot of artists who are killing it, that you may like or may not like, who are choosing the path of independence as a more satisfying alternative. The idea of having something of my own, like a label, as opposed to dependence on a huge company is something I aspire to create.