Broder is an Argentine hip-hop series that has won multiple international awards and is currently nominated for best short series at Cannes. Register in cont.ar and stream the series for free.

I’m a die-hard rap and hip-hop fan and have been for quite a while. My first CD (bought with my own money!) was Eminem’s Encore–an album I (still) know by heart. However, this particular taste in music was always directed towards English speaking artists: my encounters with hip-hop in Spanish were few and far between. While some of it I liked, none of it I loved.

When cont.ar premiered Broder in 2019, I was immediately interested. I mean, a series about Argentine hip-hop (check), where about 90% of the cast were actual hip hop musicians (double check). But when they won the award for Best Music from BASeries in 2020, I knew I couldn’t keep putting it off. This was my chance to hear some new music that was almost guaranteed I was going to like. So I sat down to watch all 10 12-minute-long episodes.

When the series was nominated for Cannes 2020 (in the short series category), it was no surprise: this is some fantastic local TV, and I can’t believe it took me so long to watch it.

One of the things that makes Broder so great is that its actors are actual musicians, and they essentially play themselves. Nucleo AKA Tintasucia and Klan are real rappers (and pretty big ones at that), and so are Mpdhela, Rebeca Flores, and of course, Cazzu. In addition, Nucleo and Mpdhela were the musical minds behind the series soundtrack–and since it has been nominated for several awards under that category, it’s fair to say they did a pretty decent job.

In addition to these musicians, many episodes feature different rappers taking the makeshift stage and putting their music front and center. The series is here to tell a story, yes, but part of that story has to do with putting the music on display, with the lyrics themselves painting a picture of Buenos Aires that doesn’t usually make it into tourist photos.

Aside from rappers, there are three main names that need to be mentioned: Ailín Salas, Andy Gorostiaga and Marta Lubos, playing brother and sister Roma and Mirko, and grandmother Patria.

But how do these people come together? Their story starts (and revolves) around El Triángulo Estudio.

If you arrive at the studio early in the morning, it looks pretty nondescript. A few cool graffitis, no doorbell, an almost open door. A couple of dogs may come outside and smell you, curious about your presence. The trains zooming both left and right might spook you at first, but not much else.

If, however, you arrive on a regular afternoon, the classic sounds of a deep subwoofer will alert you to the work happening here. You’re not arriving at a party (or maybe you are, maybe it depends on how you define a party), but to one of the biggest underground hip-hop and rap studios in Buenos Aires.

It’s here where a big portion of the series takes place, and where we get to look for the story behind the story and find what the show actually wants to tell us.

In the words of the director, Mauro Pérez Quinteros, “We wanted to let these stories about rap talk about themselves in their own words and not just fit them into a prefabricated narrative. If I had to say only one thing that I’d like for people to take from this series, it’s the brotherhood behind each song, each lyric. That’s what we tried to transmit every time a new musician comes on the screen and raps about their own experiences.” 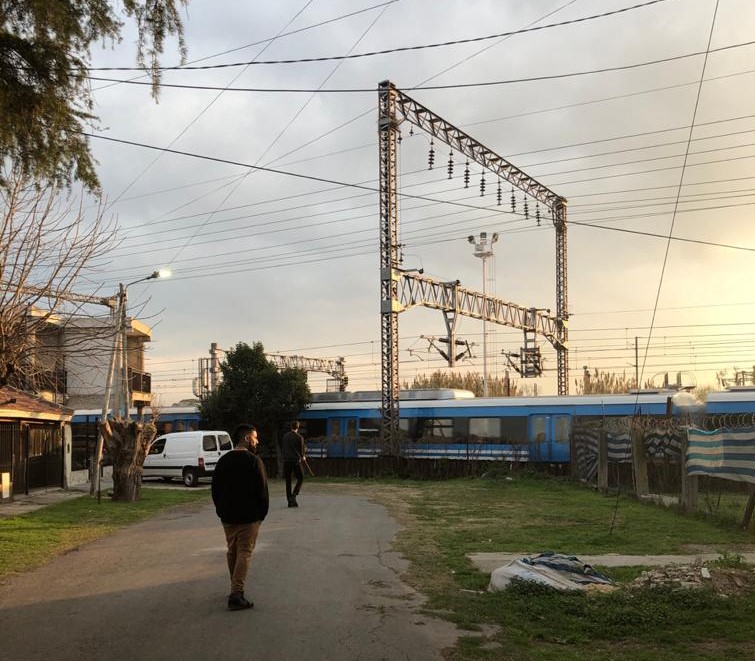 Broder tells the story of Mirko and Roma, a brother and sister, who after their father dies need to move in with their grandmother, Patria, to the less-than-rosy suburbs of Buenos Aires. They soon discover they live next door to el Tri, and while Roma quickly becomes friends with most of the rappers there, Mirko (in no small measure thanks to Patria) quickly antagonizes them, getting into more than one fight.

From there, the story unfolds, peppered by great music, rap battles, and a deep feeling of listening to Buenos Aires in each syllable that appears on screen. Most of the cast are not actors, no, but they are used to coming on stage and playing themselves. So that’s what they do here: they play themselves, and they do it well. Each episode feels like listening to a conversation you could very well hear on the street.

In fact, I think that’s one of my favorite things from Broder: it doesn’t feel artificial.

Well, that and the rap battles.