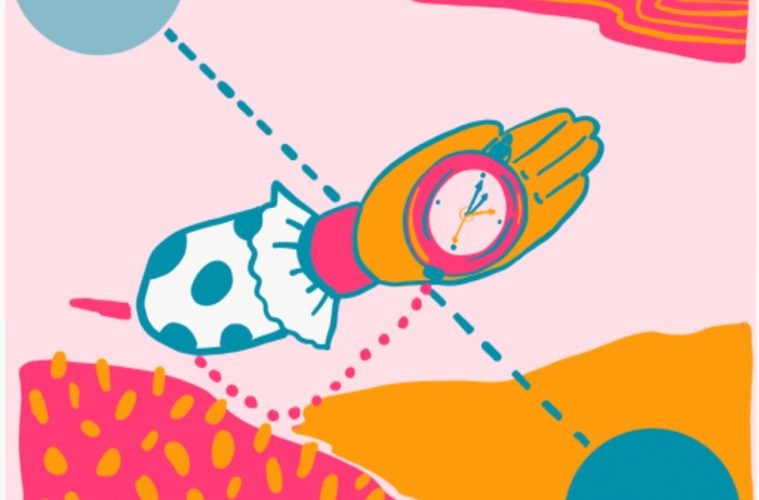 Argentine Slang to Expand the Mind | Now and Later

And if language determines how we think, then doesn’t it also play a role in our relationship with the space-time continuum? Of course. (But I mean, only if you believe in that kind of thing.)

Ah, time. That fickle construct brought to us by Jesus Christ and the unchaperoned collaboration between collective human imagination and celestial bodies. Seasons, years, daylight savings (don’t get me started), pressing snooze eight times before getting up, waiting for the bus, how long to leave the tarta in the oven, how long to wait before sending a follow-up text, how old you are (or how many years you have).

Welcome to Argentine Slang to Expand the Mind, the series where I impart my understanding of colloquial Argentine language in the context of linguistic relativity.

Linguistic relativity refers to the theory that, in a nutshell, our reality (realities), and our understanding of it (them) are created by (or at the very least dependent on) the words and language we use. So, learning a second, third, fourth, etc. language can expand your mind in the sense that each new word or phrase opens a new cerebral avenue through which reality can then be experienced and expressed.

Here are links to the other articles: So far I’ve covered flashear, onda, chan and ahre, anglicismos, and paja and fiaca.

And in this one, I’m going to talk about some of the different ways we express time here in Argentina. Specifically, now and later. And in the next installment, I’m going to continue with a whole bunch of other time-related expressions. Now (now now, not later now), let’s get started.

If you’ve ever studied Spanish as an English speaker, you probably learned that ahora means “now,” and that’s not incorrect. But in Argentina it’s a little more complicated. Ahora means now, but it also means not now, or rather, later. How much later? Could be a few minutes, could be next month or even next year, next decade, or heck, in the next simulation.

When I first arrived in Argentina, I was so confused by this. For example, you send a message asking: “Hey, can you send me so-and-so’s number?” And get an instant reply: “Yeah sure, I’ll send it to you now.” Hours pass. “Hello?” Another reply: “I’ll send it now.” And then a few more hours pass before they send you the contact. And if you’re not hip to the local lingo, you end up thinking: what the hell is wrong with this person?

So, how can we be more specific? Well, if you want to express now in the traditional sense of the word, you could say ahora mismo, which is technically “right now.” Or you could double up and say “ahora ahora” (reminds me of how in English we double the “like” to communicate that our liking of someone goes beyond the platonic).

You often hear ahora followed by a determiner. For example, “ahora en unas horas” (now in a few hours), or “ahora la semana que viene” (now next week), or “ahora a principios de 2021” (now at the beginning of 2021), or “ahora cuando los robots tomen control del mundo y nuestras almas asciendan a la quinta dimensión” (now when robots take over the world and our souls ascend to the 5th dimension).

In these examples, ahora is used not so much as an expression of when, but rather, how a person feels about that when (the when which is specified after the ahora). It indicates that the expression is accompanied by a feeling on the part of the speaker that such time-event is, shall we say, right around the corner (regardless of how far away that corner is, empirically speaking.)

There is a large variety of ways to express “later” in Argentine Spanish, and one of the most common ones is “después.” This is also somewhat confusing to a native English speaker learning Spanish, because we are typically taught that después means after. And it does mean after (especially when followed by the preposition de), but it also means later.

And the difference between after and later (two words which an Argentinian learning English would be likely to mix up initially, in certain contexts, saying things like, “Let’s speak later the meeting”), is that after is only used to express a when relative to a specific time-event (apart from now), whereas later can be used without having a relation to any time-event other than the implied now of the moment in which it is spoken, or relative to which it is spoken.

Después can also be used in a way similar to the expression “then” in certain contexts, but in a sense more closely related conceptually with cause or effect, as opposed to before or after.

Another way is más tarde, which is the literal equivalent of later (more late). And other common ways include the use of the word “rato.” What is a rato? Well, it’s a span of time. Hold on, let’s look up an official definition… Yes, the RAE defines it as “a space of time, especially when it’s short.” A rato is typically a short period of time, but can also be an (relatively) extra long period of time, depending on the context and the inflection. For example, you can say “voy al súper, vuelvo en un rato” (I’m going to the store, I’ll be back in a bit [un rato]). Or you can say “había mucha fila en el correo, estuve esperando un raaaato” (there was a long line at the post office, I was waiting for quite a while [un rato]).

Typically, when the rato in question is a (relatively) long span of time, the first syllable is extended substantially, whereas if it’s a short span of time, or a span of time that’s not necessarily short or long, both syllables will have about the same length. Another way to indicate that the rato is long as opposed to short, is to add the modifiers “re” or “buen.” Un raaaato, un re rato, or un buen rato, are all considerably longer (relatively) than un rato.

And to specify that the rato in question is extra short (or if you want to make it seem extra short because you’re asking for more time in a time-sensitive situation, or the time of a busy person, or an impatient person), you can say ratito. Or if you’re looking to switch it up, you could use the other diminutive form ratín or the augmentative form ratazo, but these forms are much less common.

And if you’re trying to get really crazy with the wordplay you can use the other augmentative form ratón (which also means mouse) (and nobody actually says this and my roommate is very upset that I’m even mentioning the possibility of using such a word in such a way, but I think it’s hilarious and I’m going to start using it all the time.)

You can also use “toque” (a word which has a vast series of applications in Argentine slang) in the same way as rato, to describe a short period of time. I think of “un toque” as being decidedly shorter in character than your typical rato. (But that’s just me.) You can also use the diminuitive forms toquecito or toquecín. And another similar word is “cacho” or “cachito” which can be used to describe a short amount of time, or a small amount of space or distance or other unit of measurement, or a small piece of something.

The original idea of this article was to tackle the subject of time in Argentine slang, but, so as not to spend an inordinately excessive amount of it on one article (as I tend to do with these), I’ve decided to break it up into parts. So, we’ll stick with now and later for now, and later (see what I did there?), in the next installment, I’ll have loads of other time-related expressions to unpack with you, so stay tuned.