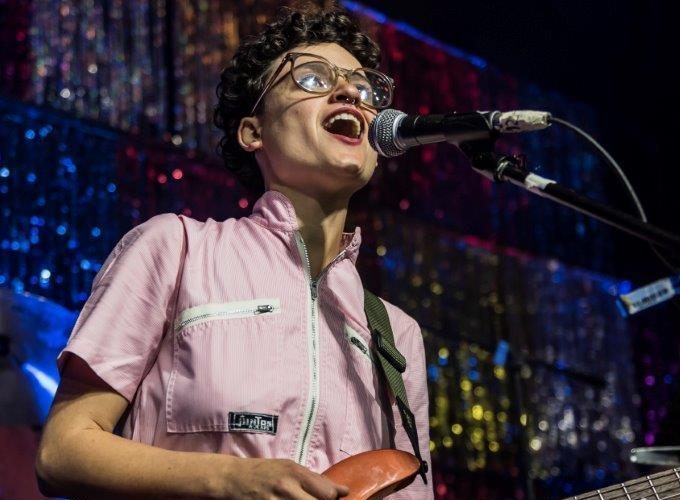 We’re back with another installment of Quarantine Sessions! If you’ve been left in the unfortunate position of missing out previous iterations, don’t fret; every two weeks we’ll be bringing you the cream of the crop when it comes to quarantine sets from our lovely neck of the woods. If you missed out on our last one, you can find it here

This week I’m taking the plunge and uncovering some tasty gems to wrap your eyes and ears around. Although we’re all missing the sticky floors, plumes of cigarette smoke, and questionable toilets of our favorite venues, this doesn’t mean we can’t recreate the vibe at home. So buckle up for some awesome home sets.

We start off strong with a double bill of Roma Roldan & Cvmille, providing a welcome mix of electronic indie pop with sultry RnB.  The thing I found so admirable about this particular session is the sense of place both artists have considered when performing live, it’s almost as if they both collectively knew how to create a mood through the visual presentation of their space and their music.

00.07.07 – Cvmille – cover of the jazz standard “Misty”. She absolutely belts this one out to the high heavens and it’s a treat for the ears.

We love stumbling upon a freshly formed band with even fresher faces, especially one that has already nailed down a tight formation of well crafted songs with nice flow and presence. The lineup of Naza, Dani, and Joaquin dish out some proper thumping bass lines, machine gun fills and some top notch wails cutting through the amps.

00:30:20 – Sadly couldn’t catch the name of this song but far out, even I was pulling a ferocious bass face in sheer appreciation of the filthy slap bass being laid down.

Panchito Villa has become a staple of the Buenos Aires scene having performed as a session musician in many local outfits. However, his solo venture finds him laying down pop heavy tracks with catchy melodies and melancholic undertones. Just like a lot of at home sessions, we feel like we’re on a voyeuristic journey into the personal spaces and thoughts of these musicians, and it really brings forth a new aspect to the intimacy of certain tracks.

00.25.37 – “Sentirme Bien” – Before kicking into this song he talks about it being one of his favorite songs to play and I can understand why, it was easily one of the highlights of the session.

Centro Cultural Recoleta have been throwing their hat into the ring recently with a series of quarantine sessions, and in doing so created this blessed pairing of Montarosa with Jazmín Esquivel. Montarosa has been a BA staple since 2015, whether it be performing solo or accompanied by a band composed of local scene talents. Montarosa really has an infectious energy which is undeniable even through the limitations of being sat in front of a screen. This set was followed by an electrifying performance by Jazmín Esquivel, who brings her unique stylings of electro-pop which is dominated by lush synths, robotic drumming, and haunting guitar lines, each playing their own role in bringing a new angle to her voice.

Nothing makes me happier than a well curated line-up which, like any good story, provides a defined beginning, middle, and end. Kicking off this session is Feli Colina who guides you through an intimate acoustic set while sat on a balcony overlooking the city. Following this, Axel Fiks moves into the hot seat crooning as the sun sets slowly behind and the beers are flowing with a tonally warm guitar accompaniment. Finally finishing on the jazzy and funky Acus, who bring the session to a close with some absolutely unreal flow over some lush, tightly produced beats.

02:54:44 -Acus – “Peluche Peligroso.” Nothing needs to be said apart from the fact that this song slaps so hard!

That’s our selection for this week. We’ll be back soon enough with more virtual windows into the live-music experience. Thanks for reading and stay safe!