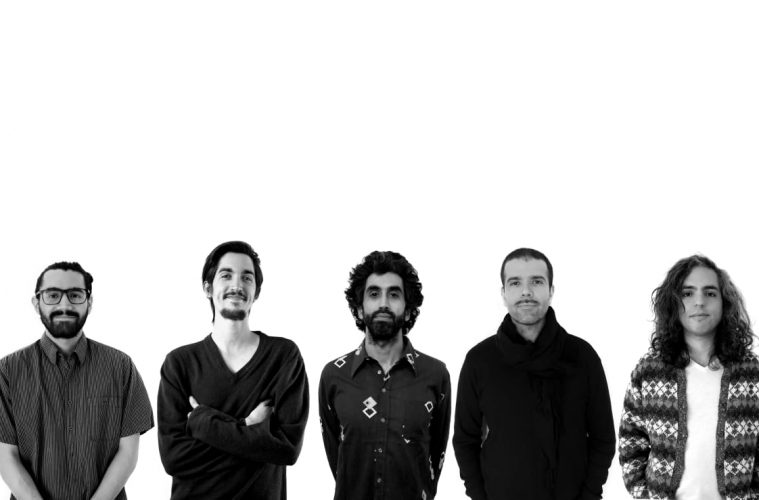 Interview | Modernizing Tango in Times of Pandemic with Caravana

Tango quintet Caravana burst onto the porteño scene in 2018. Their plan was not to stick to playing traditional tango standards, as many groups do, but instead write and perform their own repertoire of lyrical tangos thematically in line with the modern age, in the form of short songs with catchy, memorable melodies. They released their first EP, Amor y Capitalismo, last year.

In anticipation of the release of the group’s second album, their resident composer, Guido Arce, answered some questions about the state of the tango genre, themes in his lyrics, and releasing an album mid-pandemic. Below is a translation of our conversation.

Caravana has been described a group that renews the tango song in the current scene. Can you explain what that means for someone unfamiliar with the history and different kinds of tango?

Well, tango, like any kind of music, can be divided into two big groups: instrumental music and music with lyrics. Though tango, in the beginning, emerged as instrumental music, it was quickly combined with lyrics and over a century has passed since what’s referred to as the first tango song, in 1917. From that period on, hundreds of tango lyricists arose and [lyrical tango] was at its peak between the ’30s and the ’50s. Major exponents were [Homero] Manzi, [Enrique] Cadícamo, [Homero] Expósito, Alfredo Le Pera.

In the last decades of the 20th century, there was a need to get up to date with what was happening in that period. The city had changed, the way of life had changed. It no longer made any sense to sing about cobblestones, tenements, the little old lady cooking in the kitchen, horse-drawn carriages. Life had transformed and I think that the composers felt a need to create a new language within tango. They were a bit limited because the story of the lyricists and tango poetry is one of fierce competition, and it’s very hard to try to follow the tango framework and do something groundbreaking at the same time, or something that coincides with the period one lives in.

I think that’s one of the biggest divisions in the tango scene, among tango musicians: those who interpret the classic repertoire and those who play new works, whether originals or works by artists and composers still alive today, or who are still composing. We fit into this latter group of those producing new material with new lyrics, with poetry that coincides with the way we speak, the way we live. And the themes are things any person can experience in Buenos Aires in the year 2020.

Yes, we always play our own compositions, although we’re still creating our repertoire. We’re a pretty young group and in the very beginning we included some works by other authors. Today the repertoire that we play (or we played, ha) are our own original compositions.

What was the process of recording this last album like?

Well, the songs from the last album were composed specifically for that record, except for one that was a few years older and had been put away for a while until it found its place here. The process is basically like the composition of the majority of songs. There’s a melody, lyrics are added to the melody, the harmony that best works is added. In the case of tango, maybe unlike other styles of popular music, the way of working is with arrangements. It’s not that the song is introduced into the group and everyone contributes what they want, but, in general, there’s a written arrangement or score where each one has his part and exactly what he has to play is written out. Of course the contribution of each one of the musicians is his interpretation, and also the arrangements are adjusted and played in rehearsal to see what work better. There are things that work and things that don’t so much. We worked with Miguel [Navarro] doing the arrangements, and well, we continued fixing them up and exchanging ideas about how to give shape to the sound of the record.

Two of the songs were recorded in Estudio Urbano, which belongs to the government of the city of Buenos Aires, where we were selected as part of Proyecto Disco. Fifty groups were selected, I believe, out of more than five hundred… or twenty groups, I don’t remember. And there they gave us the possibility, they offered their studio to record two songs.

The other three songs that were part of the EP, we recorded in another studio in two days. Unlike rock or cumbia, for example, tango recordings are live and pretty quick, so the important thing is the rehearsal, to arrive in the best possible shape for recording. We recorded in two days, in November I believe of 2019. Since we were playing the last shows of the year and the holidays were coming, and since one of the members of the group was about to become a dad, we took some time to start with the mixing.

Of course, that was without knowing all that this year would bring. So, as soon as we started mixing it in Erico Schick’s studio, where we did the recording, the quarantine was declared, so doing the mixing was pretty hard. It’s one thing to mix live with the mixing technician, be able to tell them “here, turn this up, and this down, change this, replace this, erase that, equalize that there.” Where there are two people listening at the same time, with the same speakers, rather than listening in two different places, with different speakers or headphones. So there were honestly endless threads of emails and WhatsApps, voice messages, correcting the editing and mixing of the album. It ended up taking a lot longer than we expected but, well, I think that’s normal within the abnormal situation we’re living today. And well, after the mixing is finished, the next step is to master the record, choose cover art and put it up on social media which is what we’ll be doing in these next few days because we’re not going to release it in a physical format. 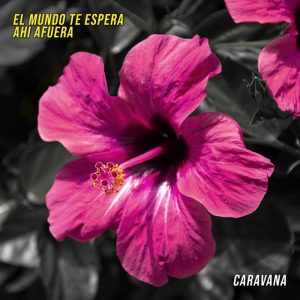 Why did you decide to call the EP El mundo te espera ahí afuera? Does the album have a central theme?

‘El mundo te espera ahí afuera’ (The world outside awaits you) is a phrase from one of the songs on the album and we think it took on relevance or another kind of meaning in this situation we’re living today on a global level.

I don’t think there’s a central theme; it’s not a concept album. For me in particular, as the person who composes the songs, there’s a common thread. I know what [the songs] refer to within my particular experience, let’s say. A lot are my own stories or stories I borrowed, but I know where they come from and what they refer to, but there isn’t a common thread besides that. And I think it’s great that every person comes up with their own little movie about the songs and imagines what they like.

How did the pandemic affect the process of releasing this album?

Well, I think music isn’t excluded from the situation we’re all living on a global level. In particular, here in Argentina where we were coming from a pretty difficult process in economic and social terms, I think this [pandemic] was the final blow for many things, so the economics of finishing the mixing, edition, and mastering was made complicated and we had to turn to a crowdfunding campaign so that the people who follow us- that go to shows, that listen to our music- could help us release this record.

Then, another factor, which I said before, is that the album was intended to be released in May and now it’s being released in September, four months later. But I think it’s logical that things take much longer and are more uncertain, and well, that’s fine.

Caravana recently released a music video for the song CHW. There’s the theme of urban struggle present in the lyrics and video. What does CHW stand for?

CHW is the acronym of a barrio in Wilde, in Avellaneda. It’s a barrio that was created with the national housing fund at the end of the ‘70s, beginning of the ‘80s, where thousands and thousands of families went to live in that little piece of Avellaneda which is like the border between Avellaneda and Quilmes, very close to the river, where there was hardly anything. There were two bus routes, a school, a garden and some businesses.

The song takes the name of that barrio because it kind of tries to replicate what can happen in any barrio of the Conurbano or in the periphery of the capital. And the lyrics kind of play with [the idea of] ‘arriving late,’ the amount of hours that anyone who lives in the Conurbano spends taking public transport to get to a job in the capital, and also how far off the Conurbano is sometimes as far as new things, trends, and accessibility to a lot of things.

Jorge Latini (Caravana’s vocalist): We believe that tango, as intangible patrimony of humanity (CABA’s current government has declared it such), should contain plurality and diversity. Today, this plurality is undoubtedly already present in the genre, but a committed cultural policy is indispensable to make sure these diverse forms of tango are showcased. The policy must be based on concrete actions and include all sectors that form part of the popular, transformative culture that is tango.  We see a current state of things that’s different from what the tango festival, organized by the city government, shows once a year. Tango is more than a festival promoting tourism. The State, both the city and national, should be present to tend to the necessities of its workers which today, mid-pandemic, don’t receive any emergency help or special attention. We experienced it and we understand it, so that’s why we join Frente Unidad Tanguera in this fight which it has been involved in for a long time.

El mundo te espera ahí afuera is already available on Bandcamp. It premieres on YouTube, Spotify, Apple Music and Amazon on Saturday, September 26th. You can keep up with the latest from Caravana on Instagram.