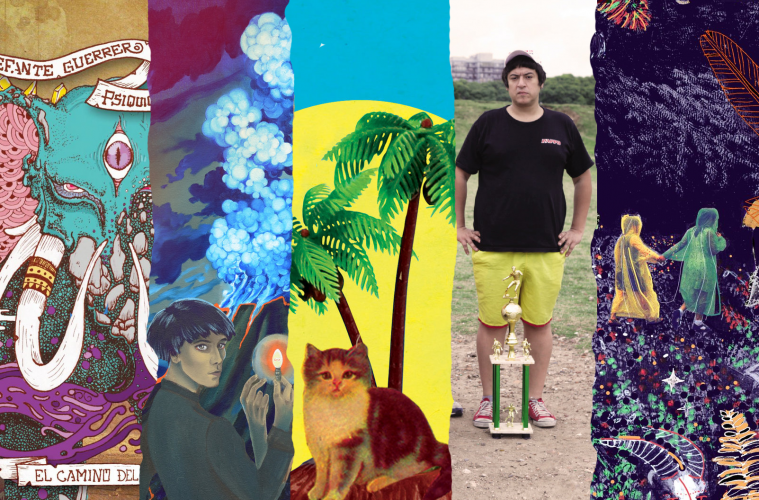 The Greatest Argentine Debut Albums of the 2010s, Part 1

I’ve heard people say your tastes are cemented at around age 15, and the music you happen to be listening to at that age will remain your favorite for the rest of your life. And that, even if you don’t realize it, you’ll only listen to newer music if it resembles the bands of your teen years or contains elements that harken back to those stylings. Music Youtuber Adam Neely made an excellent video that explored this idea. As someone who openly admits to spending a big chunk of his teen years listening to boneheaded punk music, I find this concept a bit disheartening. Is it really so easy to fall into a mental rut? For all my ostentatious eclecticism, am I just treading water? Have I been subconsciously basing my musical value system on how closely a song resembles “Coolidge” by The Descendents? (Probably not, but that’s an excellent song.)

As Neely explains, boiling the idea down to some sort of rule about who you are when you’re still coming of age, and specifically the age of 15, is a tiny bit arbitrary–  there is a period where the governing principles of what I consider to be “good music” are solidified, but it is continuously fine-tuned throughout a lifetime of influences rather than what I happen to think at an age where most of us are close-minded jerks. I would also like to think it’s constantly growing, shifting, covering more ground while also becoming more attuned with my evolving personality. This idea got me thinking about the music that came out when I had already fully transitioned adulthood, and specifically the music that only became part of my life within the last several years. How does it stack up to the nostalgia-laden favorites?

The Argentine independent music scene went through a veritable boom in the 2010s. Aided by the easy availability of DIY distribution methods and recording technology, we saw an enormous outpouring of exciting, eclectic, and interesting indie music. So why not explore it by doing one of our favorite things — lists-format articles?! In fact, let’s take a look at the 2010s by focusing on the artists that released their debuts during that period. Let’s shake ourselves out of our musical stupor and dive into one of the most exciting, disruptive decades for Argentine music.

This is a continuing series. We’ll be highlighting new albums every month. The albums are presented in the order that seems cool to us. I repeat: this is not a ranked list. In order to qualify for this series, albums need to meet a set of criteria: 1) they need to be from the Argentine scene, 2) they need to have been released between the years 2010 and 2019, 3) they need to be the artist’s debut full-length album (we reserve the right to include EPs every once in a while), and 4) they need to kick serious ass.

Rosario Bléfari was an emblematic figure in the independent music and film scenes of Argentina. She passed away earlier this year, gone too soon at age 54, and left behind a stunning body of work. One of the most recent things she did was the debut album by her project Los Mundos Posibles, a collaboration with Julián Perla that was brimming with promise and ideas. Their combined efforts result in this lovely little album; seven beautifully arranged, laid-back, utterly listenable pop-rock songs that feel as comforting and familiar as they are strange and idiosyncratic. Warm melodies and close harmonies run placidly through the album’s 22 minutes. Behind them, understated and otherworldly backing music, grounded in the guitar/bass/drums sound of rock, with occasional psychedelic flourishes like faulty transmissions from a distant planet. Don’t miss it.

Pintura de Guerra can be streamed on Spotify and Bandcamp.

Amor en la Isla is an anagram of Sol Marianela, whose own brilliant 2014 debut Hasta Nunca deserves a spot on this list — it is fun, bubbly, melodically playful with off-kilter instrumental arrangements. But the incorporation of the rest of the band brings her songs to a whole other level, retaining the elements that made Marianela’s solo work so compelling while adding full-bodied bursts of energy and moments of surprising heaviness. The album title and cover art are also top-notch.

Playa Crocante can be streamed on Spotify and Bandcamp.

However you feel about the Laptra sound — the twinkly, arpeggio-laden, summery-but-propulsive music with huge, stadium-ready anthemic choruses, that Replacements-meets-Ramones sound that characterizes the bands the label’s roster — one thing’s for sure: it gets people going. And while I count myself as one of the people who’s grown a bit weary of that particular brand of indie rock, the songs on Bestia Bebé’s debut are undeniable. It is a rousing, exciting piece of work that is sure to turn any grey Monday morning mood. A piece of trivia that will be interesting to absolutely nobody except for myself is that one of my film school teachers is featured on the cover art. Try and guess which one.

Bestia Bebé can be streamed on Spotify and Bandcamp.

Do you like guitars? I mean really loud guitars? I mean kick-the-weekday-in-the-face, maximum-piss-and-vinegar, upset-your-mother type guitars? If you’re in the mood for something loud, boisterous, energetic and raw, Elefante Guerrero Psíquico Ancestral’s debut album is for you. There are groovy blues stompers, there are spontaneous-combustion freak-out jams, and there are dirty, sludgy, heavier-than-heavy moments of doom-laden psychedelia. With an incredible band name and album cover art, how could it not rock? Submit yourself to this sweltering whirlwind of tusk, horn, and guitar.

El Camino del Guerrero can be streamed on Spotify and Bandcamp.

What can we say about Ruiseñora’s thrilling debut we haven’t already said? It is vibrant, exciting, uniquely introspective and outward-facing in all the right ways. A genuine sonic journey that traverses multiple genres and effectively creates its own in the process. It features some of our favorite musicians from the Argentine indie scene, and has become a mainstay in our listening rotation since it came out last year. Of course, last year feels like approximately 27 years ago.

That wraps up this first installment of our series of great Argentine debuts from the 2010s. There’s still a lot more to go, and we’ll be bringing another batch of 2010s goodness very soon. Know of an album that should be featured? Hit us up on social media, or by emailing us at [email protected]