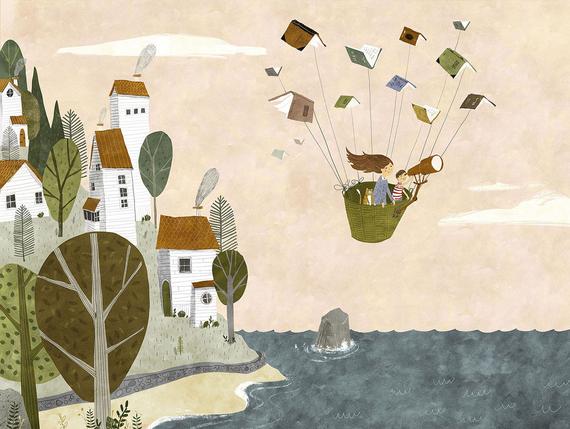 Quarantine has been the time to catch up on all those indoor activities that we otherwise never find the time to do. Puzzles have multiplied across tables, long-forgotten art supplies have emerged from their dusty old boxes, and music instruments have sung their tunes for the first time in years. Ah, yes. I too remember the early days of quarantine, when mountains of free time seemed to appear before us.

Fast-forward several weeks later, and our routines seem to have ventured back to normal (aside from *gestures broadly at everything*). Time, while still flowing in its own weird way, doesn’t seem as free as before. Quarantine anxiety, however, remains quite present (at least in my household), but no longer so easily calmed by a myriad of DIY activities.

Do you know what always calms me down, though? A good story. Getting lost in someone else’s thoughts is a welcome change from dealing with my own, and books have yet to let me down. Just in case that’s true for you too, dear reader, here’s a list of five female Argy writers that have been putting out quality content for us to enjoy. Next time you feel desperation crawling in, support your local bookstore, and get yourself a gift or three:

If you’re looking for some fantasy peppered with queer sex and 80’s Argentina (and I gotta say, those are some specific tastes you’ve got), Mariana Enriquez brings just the ticket. Nuestra parte de la noche delves into the relationship between a father and a son making their way from Buenos Aires to the Brazilian border amidst Argentina’s most cruel dictatorship. The man’s wife has died in unclear circumstances, and the father is trying to protect Gaspar, his son, from a terrible destiny of becoming a medium for the Order, a secret society. Across its pages, the book mixes supernatural fears and secret rituals with the very real terrors that went on during the 80s and explores the burden of an atrocious legacy in a novel that transforms before your eyes into an unexpected story. If this isn’t enough to pique your interest, Enriquez’s book won the 2019 Premio Herralde for best novel and has left many readers eagerly awaiting this author’s next story.

Tenenbaum’s collection of short stories reflects a very common scene: a family of Jewish origins living in Once, going about their lives in Buenos Aires. Creating a vaguely claustrophobic setting, Tamara manages to display a series of brief narrations where the closeness of the family and the community they belong to only manage to highlight the definite feeling of loneliness almost every character seems to feel. This feeling of being alone while surrounded by people permeates every story right until its final lines. Eventually, the stories end not with a bang but with a whimper with closing lines that fight against most author’s needs for big, definitive endings. Submerge yourself in Tenenbaum’s writing at your own risk, and get ready for a beautiful, albeit sad, feeling of uneasiness.

The title of this novel refers to a deeply relatable scenario: “Are you all right? You seem quiet.” The innocent question puts in display a silence of spoken words, but even more so, it refers to all those things that aren’t being said and the thoughts that drive them. Stuck in the middle of her life, the main character of this book is at odds with her own desire, pulled from different directions by other people’s demands, being defined by their relationship to them. She’s a daughter, a wife, a sister, a mother of three, and an orphan – all at once. But at the same time, who is she when she’s alone, when she tries to define herself for and by herself, instead of for and by someone else? Her silence hides a spinning mind, one that wants to think and feel at her own pace, to remember her childhood, to wonder at the mystery that is life, to rediscover herself.

Grab this book for a deeply beautiful read that will make you laugh at times, but will mostly make you think. In addition, grab this book to support Rosa Iceberg, the magnificent editing house that focuses on female narrators wanting to highlight their stories. Read more about Rosa Iceberg here.

La Sal is Riva’s first novel, but most definitely not her last. Focusing on four women from the same family, the book centers around the road trip they find themselves into as well as into each women’s individual journey – especially, one woman’s question about where her life has gone and a daughter’s quest to understand her own mother. “I don’t know what she sees when she looks at me,” she claims, as they travel through space (and time) through the family history. Each woman’s eyes serve to analyze the family roles and structures as they present themselves in their stories. Riva’s novel places women at the center of the intolerable situation and cracks their secret stories wide open.

By far the most renowned name on this list, Samantha Schewblin has been translated to over 25 languages and won several awards (including first prize from the Fondo Nacional de las Artes on her first short stories book). Her latest novel, Kentukis (2018), has been praised by the New York Times and emerges from a curious creature: Kentukis. A mixture of two ’90s technologies, Furbys and Tamagotchis, Kentukis are a technological pet of sorts that allow for a person to be present (and observe) someone else as they go about their things. Despite the Black Mirror vibes, the book focuses little on technology, and centers instead on showcasing the relationship humans form with technology. Kentukis are merely the medium, then, to put human experience on display as moderated by technology, and an excuse to show our need to be seen and to feel less alone.