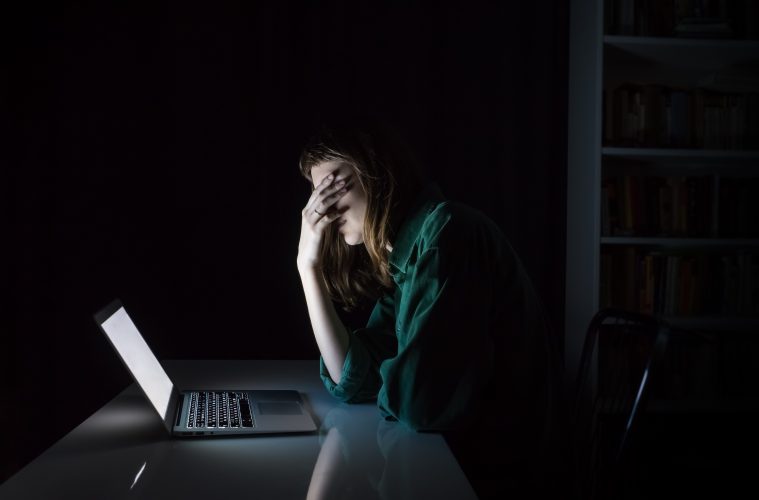 The Low-Down | FemHackers Fight for a Feminist Internet

In 2012 Dr. Marina Benítez Demtschenko, the La Plata lawyer and feminist digital activist, started having strange encounters with men in public. Strangers recognized her around the city and alluded to having a private relationship with her. After a handful of these disturbing encounters, one of the men told her about the Facebook profile.

Demtschenko was a victim of the practice commonly known as revenge porn (though she prefers the term “non-consensual spreading of intimate material”- this video explains why). After she broke up with her boyfriend of several years, he weaponized his collection of intimate photos of her, which he’d compiled with her consent throughout the relationship. While impersonating her on Facebook, he eventually contacted over 400 men in the city, chatting with them and exhibiting her sexuality through the photos, to strangers and people she knew. As she explains in this interview with Red 92, her ex went as far as to encourage the men to assault her if they ran into her by leading them to believe that it was her fantasy, a “game” she would only pretend not to be in on. One of the men he convinced of this lived in her building.

“All these men knew me integrally, not just physically,” she said. “They knew my activities, where I worked, lived, who my family was.”

Demtshenko no longer felt safe anywhere she went. When she learned that her ex was behind the account, she looked into the legal resources at her disposal to bring him to justice. Because of her profession, she was more equipped than most people to navigate the system. But despite that fact, she couldn’t get the help she needed.

Sharing private photos of someone without their consent isn’t against the law in La Plata. As Demtshenko explains in this TV interview, a “legislative gap” surrounds the issue of non-consensual intimate photo spreading and cyber harassment in general. She noted that alternative criminal offenses can sometimes be wielded against abusers in cases like hers, but said that these alternatives cannot be relied on to hold harassers accountable.

“We have another great clash, from the machista justice system, that doesn’t understand the gravity… that this doesn’t only change your life, it ruins it, destroys it, it forces you to change your life projects… it’s very difficult.”

Demtshenko realized that many people within the justice system had no idea how to prosecute crimes committed in the digital sphere. She encountered victim-blaming and cluelessness about the real-life implications of cyber violence.

While she was dealing with what she described as a second victimization by the justice system, her ex continued to harass her. He broke the restraining order she had against him four times with impunity. The terrifying encounters she had with men daily who recognized her from the photos prompted her to set up a panic button.

It was in the middle of this nightmare that she turned to the press to spread awareness about the seriousness of cases like hers and the inadequate legal framework to deal with them. 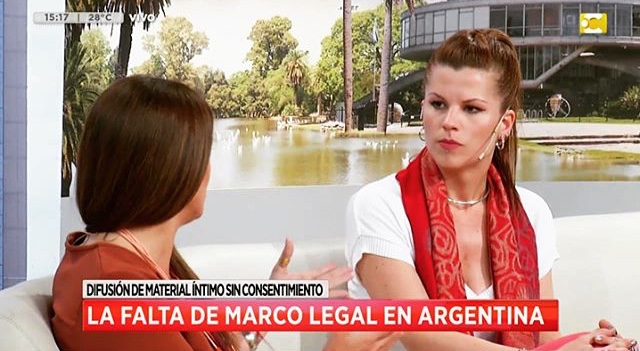 In 2017, she institutionalized her advocacy; alongside the two lawyers working on her case, Dr. María Eugenia Orbea and Dr. Julieta Luceri, she founded the NGO Fundación Activismo Feminista Digital, also known as FemHack ARG.

Eliminating digital gender-based violence is a fundamental goal of the organization. They work towards it by introducing bills into Congress to criminalize forms of digital violence, proposing the modification of current gender violence laws that don’t contemplate the digital sphere. They participate in internet governance forums, conduct training and workshops, and raise awareness about the issue in the media. 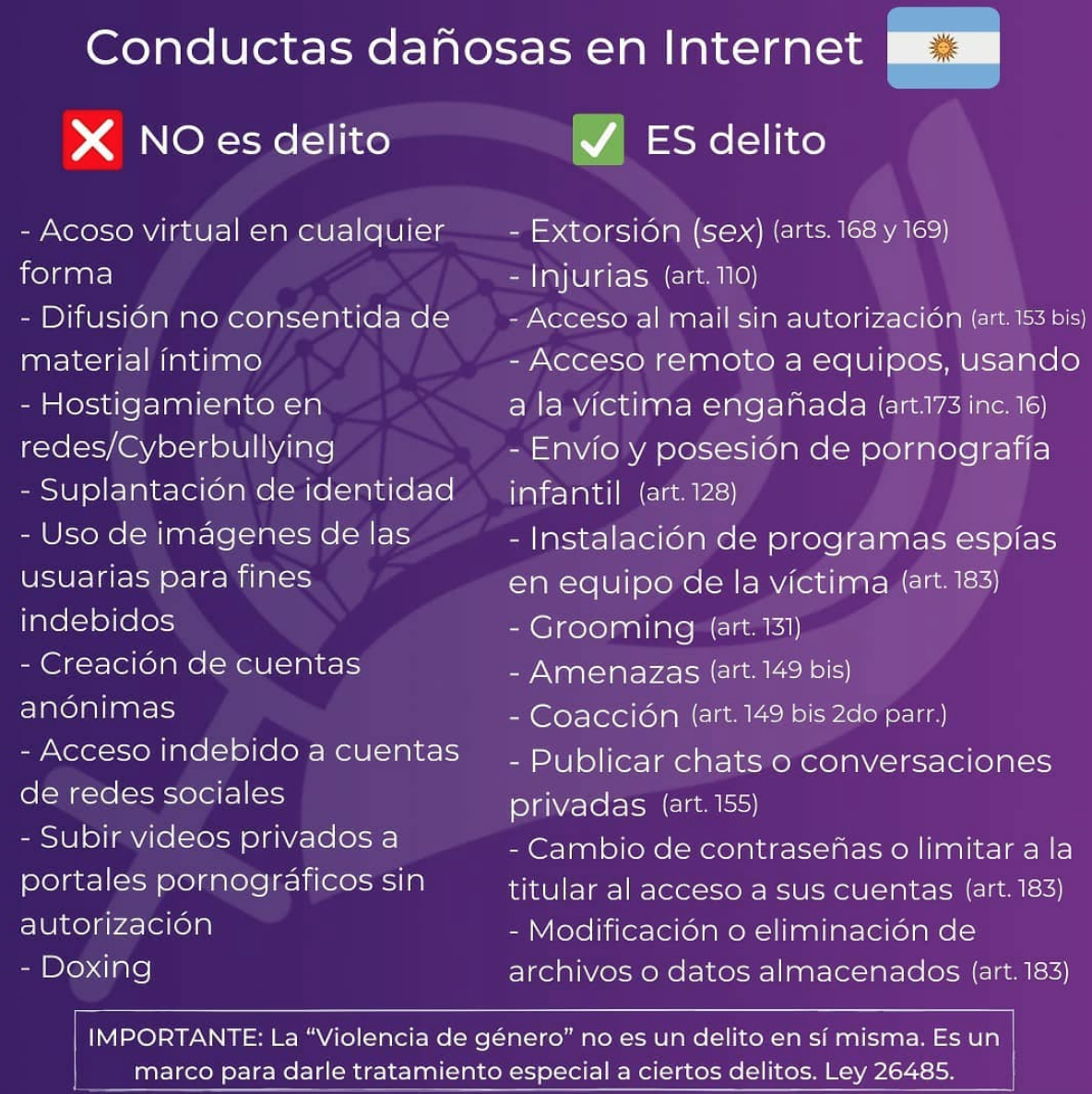 However, FemHack’s vision for a better Internet goes beyond bringing cyber abusers to justice. A section of their mission statement reads:

Along with the elimination of all violence, we seek to redefine the presence of women on the net through digital literacy, and the consequent appropriation of this space for women’s personal, social, professional, and cultural development. Our work is only possible through a gender-sensitive approach.

This year has been an important one for FemHack on the front of promoting digital literacy. In March they rolled out their very own education platform, AulaTIC (TIC translates to ICT in English: Information, and Communications technologies). The courses are directed at women all over Latin America and cover a range of subjects related to digital empowerment and the struggle for a more inclusive Internet. 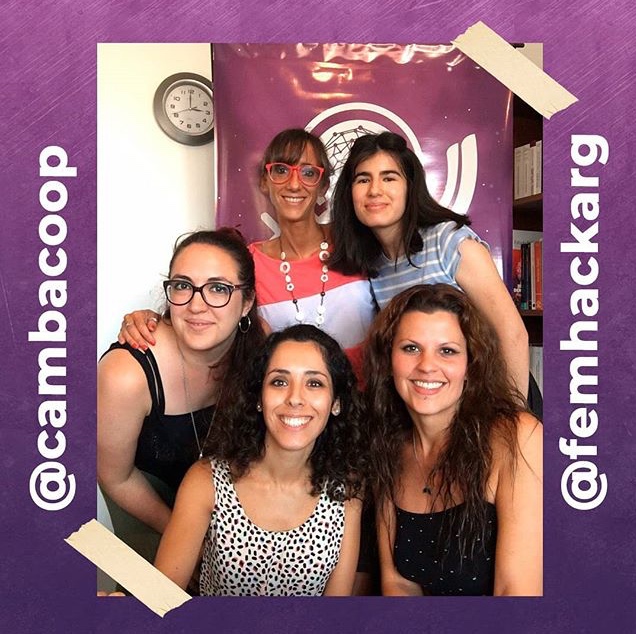 Six years and many lawsuits later, Demtschenko’s own unresolved case motivates her to keep fighting against digital violence.

“My activism was the cause for which I tried to give new meaning to all this pain, because otherwise, it’s very hard to move on,” she said in the previously mentioned TV interview.

Follow FemHack’s Instagram to keep up with their latest projects and see how you can join the cyberfeminist fight.

*Note: All quotes are my translations of her statements in Spanish