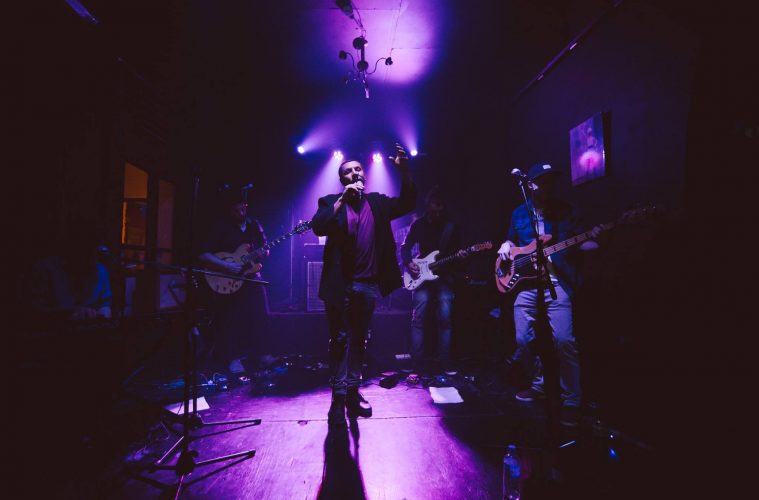 Our city is just brimming with musical talent. More than once, I’ve found myself mesmerized by a distant tune outside a bar or venue of Capital Federal and thinking to myself “man, who’s playing? Let’s go and check em out!” That’s part of the beauty of living in such a densely populated area where the demand for musicians is always pretty high and, of course, there are loads of venues for you to explore and get lost in.

That’s what a person who actually lives in Capital Federal would say. Me, however, that’s a different story. Don’t get me wrong, though; I’ve spent countless nights drunkenly traversing the dazzling lights of Buenos Aires’ metropolitan area in search of the next big music event. But I live in the infamous conurbano area of Buenos Aires province. I’m talking about the San Martin district, home of artisanal hotdogs, and a music scene brewing in the shadows, a powder keg of musical variety and artistic passion ready to explode.

The answer is not artisanal hotdogs. though I wouldn’t refuse one if lockdown wasn’t a thing. The adjective eclectic falls short when describing San Martin’s local scene. This is a choose-your-poison kind of deal. You’ve got a little bit of everything, so for the uninitiated, I’ll break it down into genres/categories.

Ok, I just wanted to make that pun, but this category will also include R&B and neo-soul as well. Starting off with one of my personal favorites of the bunch, the mighty Le Blanc. If you’re into that smooth jazzy style of neo-soul then oh boy are you in for a treat

Coming in hot and bringing the phunk to the house are the peeps from Tiger Mood, fronted by Rocio Ricci; with relatively few shows under their belt, they’re one of our local scene’s most stank-face-inducing bands out there. We’ll let them do the talking.

Last but certainly not least are Sujeto. funk-infused jazz that’ll get you bopping all night and day. Sultry guitar lines and cool rhythm changes that make you go “oooh see what they did there?” Need I say more?

Of course, our urban landscape would not be complete with a good dose of hip the hop the hippy, the hippy to the hip hip-hop you don’t stop. First in line is the incredibly talented Zalik PNG. Raw and soulful, his flow stands out just as much as his powerful lyrics.

A different flow, different beats, Paper surely provides in the groove department. I really love the production value in his videos as well so there’s nothing not to love here.

So you’ve seen some solo rappers and that’s all fine and dandy. Our last artist, or should I say artists, are Malos Aires, a rap duo hailing from deep San Martin bringing an assortment of sick beats.

Yes, I’m aware of the fact that oftentimes the term “alternative” is a sort of buzzy umbrella term for music styles that are difficult to pin down. However, the artists featured here have such interesting nuances in their music that this was the perfect excuse to feature them. It’s certainly the case with Van Klimen, alternative pop/rock artist and proud member of local record label Casa U, whose latest release Hiperreal is an amazingly chaotic mix of genres that you absolutely need to listen to.

This next one is a personal favorite, brought to you by Sumunder, a group of music réalisateurs, directors and producers who’ve been keeping track of the local scene for some years now. They’ve been recording live sessions under the banner of Ninja Sessions, where our next artist has chosen to participate.  The artist in question is Mel-ow. There’s honestly no better introduction than this track right here.

In our third spot is alternative rocker Kazz. Flange-ry and mellow but fiery and aggressive, she embodies the more soothing aspects of alternative rock with a bit of an edge as well.

A positively wacky trio. I find myself lost for words when trying to describe the genre of music they make but Piece The Nena are breaking the mold, that’s for sure.

Just in case you were wondering, we’ve got our own personal brand of math rock. That’s Suma Sumaway for you. Don’t let the premise of them being a purely instrumental band deceive you, cause they have everything from stuttering and polyrhythmic drum beats to playful intertwined guitar arrangements.

Perro Segovia is the kind of artist that spells wholesomeness with every single song and for good reason. You’ll find all his songs have a whispery tone and a catchy melody that make it a perfect fit for mate and bizcochitos.

Where is it cookin’?

Once you cross the Gral Paz highway that divides capital from provincia and make your way to my barrio, you’ll stumble upon the first drawback, which is that sadly there’s not an abundance of venues to play at. Both as an avid live music consumer and a musician myself, that’s a huge bummer. However, that should not be a deterrent, because the few places that allow live music to be played are some of the most inclusive, heartwarming, and cooperative places I’ve ever seen.

I must say it sounds weird to talk about music venues with COVID still alive and kicking but bear with me. From way back in 2013 when it was the epicenter of house parties and small shows, El Club de La Musica has become one of San Martin’s most concurred venues. I had the privilege of talking with Blas Bonardi, one of the cultural curators of El Club and after exchanging a few words I realized that this place is a real testament of how DIY cultural management can really leave a mark. 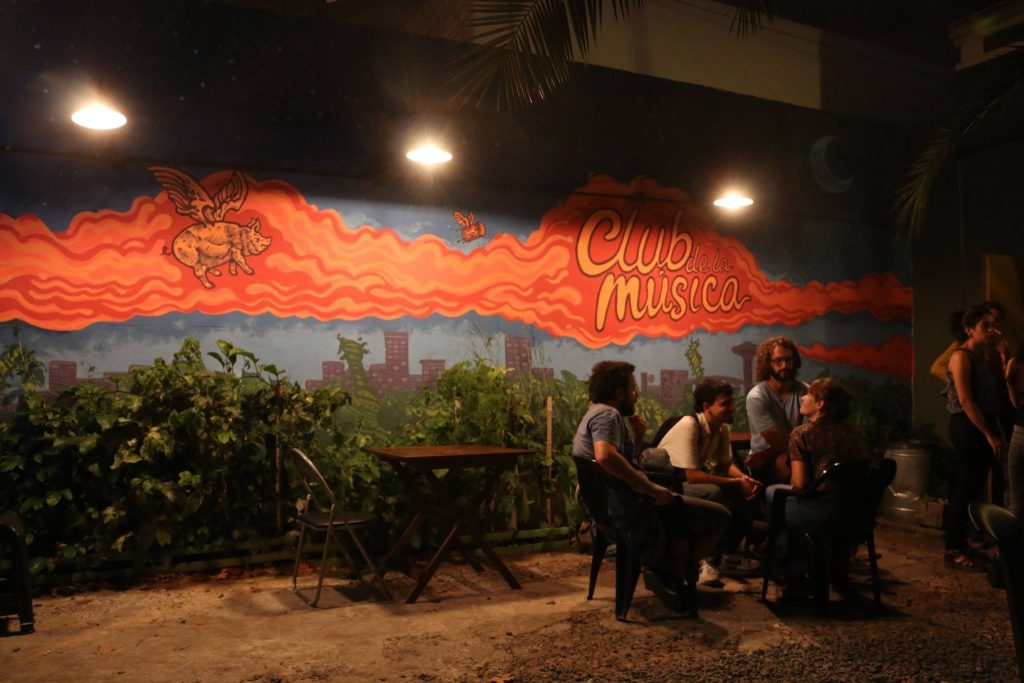 They have been the target of multiple foreclosures until the local council finally let them host live music. They went from having a barely almost non-existent stage to having a fully functioning sound system all around the venue so that if you’re having a beer with your pals in the patio outside you can hear the band playing through speakers. It may not sound like much but seeing it go from a small barely-standing venue to a fully-fledged cultural center is frankly amazing. 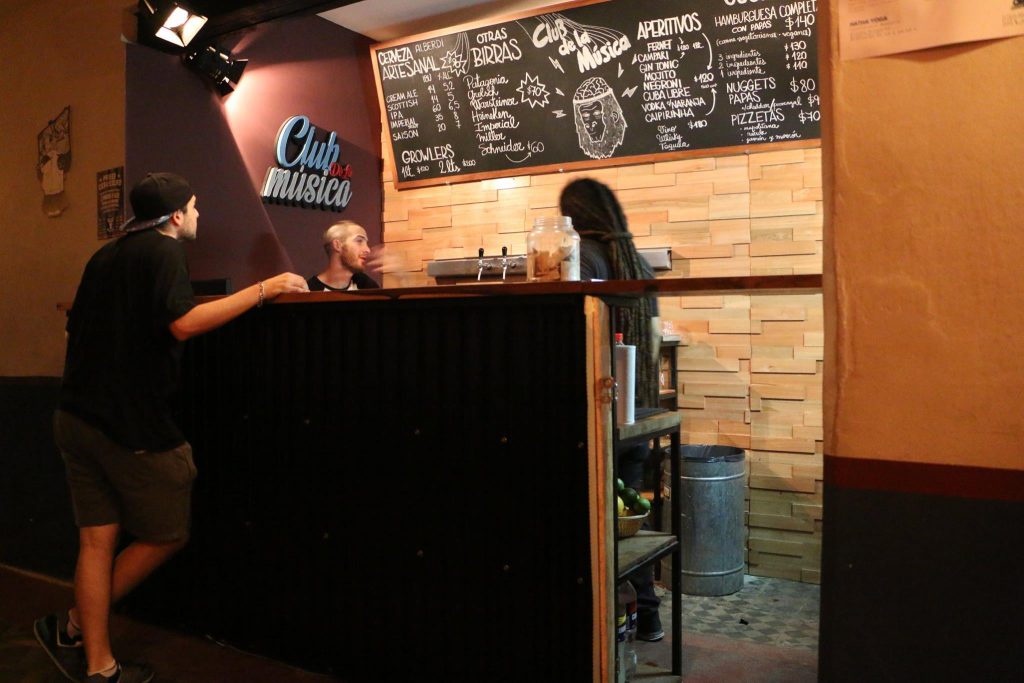 They are currently holding virtual events called Musica y Sillones which you can catch here, along with a series of videos called Covers Cruzados where local musicians cover each other in an effort to proliferate local music amongst musicians.

A much younger cultural center headed by Sebastian from local band Capitan Berrako. Home of loads of musical and cultural showcases through its short life, La Bemba is one of those spots that being in-the-know about feels like being part of a secret club. A well-kept secret during its first years and a beacon of underground culture nowadays, La Bemba stands as another symbol of perseverance even in trying times like these.

They are currently hosting some online workshops you’ll definitely want to check out right here!

With only two years running, RAF is yet another venue that’s been brought up with the sheer force of community collaboration. Headed by Adrian de Andrea and making headlines in local newspapers, RAF has had loads of artists from the local scene grace their stage. They’ve also served as a makeshift art gallery on more than one occasion. The fact that it’s attained such a status is proof enough that San Martin’s local scene is uniting more than ever.

They’re hosting weekly live shows where (thank god) you can collaborate with some hard-earned pesos for the cause. Everything goes to the artists.

From San Martin with love:

If you made it this far, then I’ve got nothing but words of gratitude for allowing me to show you just a mere sample of what the musical landscape of one of the many districts of our dear conurbano has in store for you. There are many more artists, and though I’d love to keep showing you more, you’ll have to venture out into the wilderness that lays beyond the comfort of Capital Federal in search for more (not literally — don’t be a dummy). Those who live outside of the metropolitan area often think that they can only rely on CABA for good music. This piece of music journalism shall stand as a testament to that notion’s falsehood and I hope it encourages those who are hungry for new music to explore new horizons.