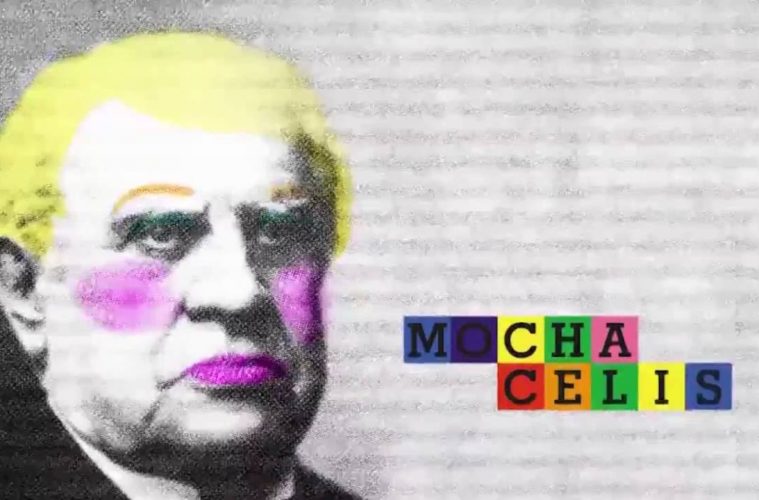 Secondary school. For most of us, it’s a fundamental formative time in our lives. Not just academically, but on a human level; the first step towards becoming who you want to be, preparing yourself for the future you want. Ideally, school would be a place of inclusion and understanding, providing a quality, secular education for free. However, just like society, educational institutions are less than ideal in practice, and so many people are left out of the social hierarchy; because of their economic status, because of the color of their skin, because of their sexual orientation or gender identity. They’re left out on the fringes, excluded from a system that makes it clear they are not welcome, by a society that barely acknowledges them.

The LGBTIQ+ community, especially the transvestite and transgender community, knows all about this. They know all about fighting it out. There have been some great accomplishments: marriage equality, for instance, and the gender identity law. But just because laws are established doesn’t necessarily mean that society accepts them. As much as your identity card can “confirm” your self-perceived identity, that doesn’t translate to actually being treated like a person. You are still marginalized within that supposed validation.

Mocha Celis, “La Mocha,” was a travesti from Tucuman. She worked the streets in the Flores area, along with Lohana Berkins (Argentine trans activist, advocate for the gender identity law). When they were caught by the cops, Mocha would ask Lohana to read to her, since she didn’t know how to read or write. This is how, in captivity, Lohana took it upon herself (along with other members of the community) to lovingly teach her, without making her feel like a lesser person. Mocha passed away (actually, she was shot to death by cops in an incident that, to this day, is still somewhat suspect) before she was able to finish secondary school. And so the first travesti-trans secondary school in the world was named in her honor.

La Mocha Celis high school was founded in 2011. It is a public school providing free, quality education. It is meant for members of the trans community to be able to leave that cycle of discrimination – violence – exclusion from the educational system – lack of work opportunities – HIV and other diseases or addictions – exclusion from the health system, etc. Opening up a world of possibilities for a population that otherwise tends to have a life expectancy of only 35 years. It provides education, support, a sense of belonging, and tools for professional development.

It’s not just for trans people or members of the LGBTQI+ community. La Mocha opens its doors to anyone who has been made to feel excluded from education. Immigrants, afro-descendents, older adults, single mothers. La Mocha strives to create a diverse community, driven by “furia travesti” and the desire to learn and better oneself. Its students (over 130 people, ages ranging from 16 to 60 years old) and alumni (5 graduating classes since 2014) teach and learn. They create audiovisual content and books in order to share knowledge of the world around them. They actively recruit new students by talking about their personal experience, about how studying changed their lives. Showing others that there are options. It’s not easy, but it is possible.

La Mocha is a school of tenderness. It is the matriarch of a diverse family that actively works so that all of its members can achieve their objectives. The work always comes from a place of love and care, which are key concepts, especially within the context of our current pandemic.

At the start of the pandemic, the students in the Bachillerato Popular Trans Mocha Celis community came up with the Teje Solidario, a support network for over 200 travesti-trans people within the city of Buenos Aires. Being unable to work (over 70% make a living in prostitution), they were left with no resources and unable to pay for their living spaces, much less purchase food or hygiene products. The “teje” is made up of two pillars: the first one is donations, which can be sent through bank transfer, MercadoPago, or Paypal. The suggested amount is $100 pesos, meant for the purchase of essential items. You can donate here.

The second pillar is “Xadrines” (a gender-neutral version of “madrina” or “padrino,” which translate to godfather or godmother). These are people who volunteer to help a member of the community who lives somewhat close to their location; bringing them donations, helping them out, and providing moral support. These neighborhood support networks create strong bonds that go beyond the strictly financial.

It’s important to know that someone is looking after you. In the middle of all this craziness, it is more than necessary to feel taken care of.