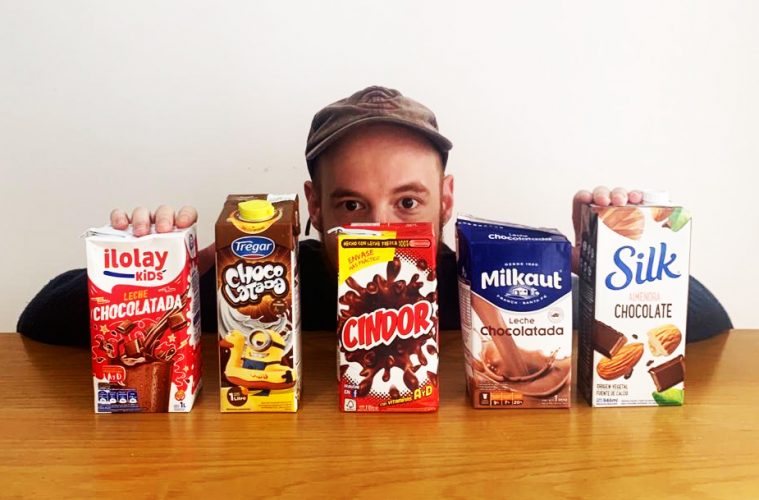 It was an ordinary day on June 19th. I had reposted a memory from an earlier Facebook post which discussed the idea that Kiwis (AKA New Zealanders) had a far more discerning palette when it came to the sweet treat of chocolate milk. And though you may scoff at this bold claim in pure ignorance, it is a fact; just like the Italians know pasta, the Americans are scholars when it comes to burgers, and the Argentines can pick a good steak from a bad one, Kiwis know their bloody choccy milk. And we are very good at telling the difference between a quality glass of chocolate milk and some of the trash that store owners will try peddle before our yearning taste buds.

A curious and daring man by the name of Jorge Farah — who happens to be one of the editors of this very site, and happens to be editing this very piece [Editor’s note: hello] — was brave enough to call this expertise into question. What’s more, he dared me to make the boldest move of all, and serve as judge, jury, and executioner in deciding which chocolate milk truly reigns as king in my adoptive country of Argentina.

You may believe that the general demeanor of people hailing from the land down-under is, for the most part, kind, sympathetic, and disgustingly chill. But our country does take two things very seriously: rugby and choccy milk. Back in 2014, the release of a chocolate milk product created by a famous New Zealand chocolate company caused absolute panic in the supermarkets. A black market was established on online auction sites, and it divided friends & families who were in search of just a drop of this liquid gold. That’s how bloody serious we are about it.

Now in the present day I feel it’s my job… actually, my duty… to impart my knowledge onto you, and finally provide the people of Buenos Aires and Argentina a fair and unbiased review of what I believe are the top ranking chocolate milks. So I went to a couple different supermarkets and picked up a few brands.

I am indeed aware that there’s a wider variety of chocolate milk products out there, with some lesser-known brands being sold online and on specialty stores. But in the interest of convenience and what’s most broadly applicable, we’re sticking to the brands that can most commonly be found at an average porteño supermarket.

Of course, we want to be as thorough and scientific as possible, so the palette was cleansed after each tasting. My girlfriend Isobel lent a hand as another impartial taster– much to her delight, as we now have 5 liters of chocolate milk to plow through.

We present them below in the order in which we tasted them, and we will then rank them at the end of the experiment. The criteria for this ranking system include texture, taste, nutrition, and presentation. All of these categories combined create an aggregate score which will reveal, once and for all, the creme de la creme of Argentine chocolate milk.

It should also be noted that this is not a sponsored post. There is no price to our integrity. Especially when it comes to chocolate milk. Let’s get started.

First out the gate was Milkaut, with its simplistic milk carton providing very little enticement in the way of drawing my lips into its decadent smooth flavors. Right off the bat, this carton is an absolute pain in the ass to open, so be prepared to stab this thing with your bluntest knife, cut it poorly with a pair of scissors, or rip at it with your teeth like a vicious animal. Upon your first taste you may be led to believe this old boy doesn’t have the goods, but by lord, it delivers a sweet velvet finish with a subtle sweetness that parades across your tongue.

This was a strong start, but points are definitely deducted due to the fact that you’ll either have to drink it in one sitting or make sure it doesn’t spill every time you open your fridge, because it’s not resealable. Even though it sits at a high price point, I think Milkaut deserves the tip; just like whiskey, sometimes you’ve got to spend money to get the good stuff. And if it’s a matter of a couple pesos, well why the hell not?

After such a strong start, it seemed inevitable that a disappointing beverage would soon follow. This brand did present a stronger eye for design, with the carton showing an explosion of chocolate spewing out of a glass. This illustration did not reflect my experience with this drink. The main impression I was left with from this chocolate milk is that it is thinner than the one-ply toilet paper that I got the other day from the supermarket.

Also, the taste was like plain semi-skimmed milk with a buttload of sugar with virtually no notes of chocolate present. If you get this for your kids I’ll warn you in advance you’ll be left with a bunch of speed freaks running around your place for the day. The fact that it was mid-range in price did shock me, and I think maybe this is in relation to the fact it’s marketed at children. I honestly don’t think anyone would be so foolish to pay for this weak product described as chocolate milk.

Tregar’s brand of choccy milk was bound to be an improvement from the previous abysmal offering, but I was seeing red before I even got to the tasting because of the Minions adorning every side of the packaging. This may be biased, but I can’t stand Minions, so I immediately deduct points for presentation; the only thing in my mind now before chucking this down the hatch is screaming children and cringy Facebook meme moms.

However, the taste proved to me this was a mere case of judging a book by its cover, because the story told by its ingredients were a far cry from Boomer social media posts, instead conjuring images of happiness and innocent joy. Even the aroma was part of the experience. Also, bizarrely, this was the cheapest out of the lot, really providing bang for your buck if you’re looking for an inexpensive treat.

Now, just like a good episode of Ru Paul’s Drag Race, sometimes you need a wildcard to make things interesting. In this case, I opted for a chocolate milk that contains no animal products, but instead is produced from a nut. It should be noted that this is not a natively Argentine brand, as it’s an international name in the world of plant-based milks — still, given the fact that it’s one of the few options available in Porteño supermarkets, we’re including it in our experiment. And truthfully, Silk’s almond milk is probably going to be my dirty wee secret in the future, because this nut milk is pretty bloody spectacular and it takes you on a weird journey. Firstly, upon cracking open the delicate twist top, you’re shown a beautiful image slapped on the carton with chocolate and almonds floating like angels in the heavens. Next, as you pour it into your chosen vessel you’ll notice instantly the texture and coloration; it is far darker than you would expect, and the consistency is far more watery. The aroma also leaves a lot to be desired.

Finally, upon tipping it down and letting the flavors sit within your gob, it truly does feel like it’s melting in your mouth, with a nice soft finish without the gluggy feeling of milk coating your cheeks. Leave your preconceived notions at the door: this is an absolutely delicious chocolate milk experience, a world-class product that stands up to just about anything I’ve ever tasted. Also, an added bonus: this is the healthiest out of the lot. So no longer will you feel guilty slamming the whole lot back in one go. Also unsurprisingly, this was the most expensive out of the entire group so it makes sense when you’re getting quality you’re certainly paying for it in the long run.

Finally, we reach the iconic Cindor, I’ve been told that this is one of the most beloved chocolate milk brands in Argentina, and just from walking around Buenos Aires it’s evident this is the most commonly stocked milk within shops. Honestly, I can’t understand why. After all of the hype I’ve been subject to, I can’t believe this is considered such a high ranking member of the choccy milk royal family, especially after tasting some of these other brands.

Although its packaging is instantly recognizable and the taste isn’t by any means bad, it was sad to be left so defeated by something so cherished by many others. The watery texture gives way to a milk with a weak chocolate presence, proving to be me the hype is not well deserved. Here’s hoping Cindor is dethroned for this performance, because they also have the audacity to be the second most expensive milk on this list which infuriates me further.

So we finally come to the overall scores and much awaited ranking:

After much deliberation it was concluded that Silk was easily the superior beverage of choice followed closely by Milkaut. Although controversial to some, there was no way Cindor deserved to be in the top two spots but I was kind enough to allow it to stay in the top three.

Now if you would like to challenge these views, feel free! But I don’t think there is much more room for debate. However I’m willing to consider new entries which may tip the scales– so if you have suggestions or complaints, hit us up on social media and yell at us all you like!