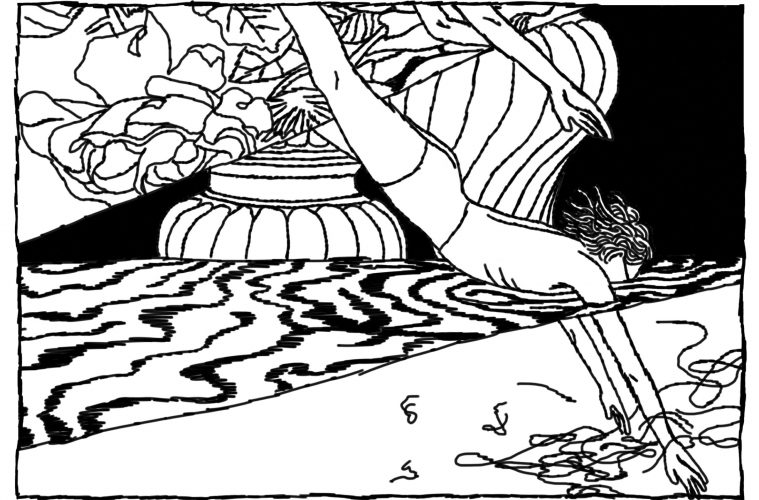 Ltd. Edition | Comics for Climbing Up the Walls During Quarantine

Welcome once again to Ltd. Edition, our little corner in the cyber-universe, where we shelter in place from COVID by sharing fresh indie comics as an excuse to reflect on the strangest year in recent memory. As I write this, Buenos Aires is declaring a return to phase 1 of a quarantine that has already been going for 3 months and, quite frankly, feels like it’s never going to end. With lockdown a constant presence in our lives, as well as the increasingly arduous task of taking precautions not to spread the virus, the passing of time and our mental health are factors that become increasingly relevant.

There’s a certain feeling of gravitas, a repeated inner mantra of “nothing will ever be the same” that re-signifies every action we once considered mundane. In my case, reading comics inevitably turned into a catalyst of emotions lived through these weeks of pandemic; stuck inside four walls, coursing between a desire to switch reality off through entertainment and an inclination to process our current time through the emotions evoked in the art I consume. At the same time, this period of collective paralysis has greatly affected the publishing and print industries. Each new comic that is released carries a special value, like a message in a bottle making its way to a shipwrecked castaway.

In this installment, I’d like to talk about two new titles that I enjoyed and that caused me to rethink the act of reading comics. Both of them were published this year by experimental comics publishing house Wai Comics, and were a great help to me in surviving lockdown.

Una ilusión de Profundidad is the most recent work by Iván Riskin. It was released in February, weeks before the mandatory quarantine was announced. In fact, I attended the book’s launch event, and I’ll remember it as one of the last few social activities I participated in before being confined indoors. I can’t stop thinking about the experience of reading this comic just after its release, and how that experience is fundamentally changed within our new context. I can see much more of my own emotional state in the self-fictionalized version of Riskin (Paranoid Boy). Anxiety is a recurring topic within the pages of the author’s work, but it’s much more relatable within this book.

At the same time, there’s a new sort of quietude, a more careful and considered reading of this work now that the world isn’t the same. Now, the controlled chaos that appears within these pages reads as a reflection of lockdown and what we consider “the outside world,” both in a formal and thematic sense. The longer you set your eyes on Riskin’s work, the more you start to notice small phrases hidden at the edge of the page, previously lost in what could be considered a sort of abstract cubism.

This book is a meticulous revision of his illustrated notebooks, continuing with what Riskin compiled from the years 2017 and 2018 in Furniture Comics. This time, he includes additional material that was published in foreign anthologies, as well as some brand new work. Una Ilusión de Profundidad works less as a crazy tale and more as a series of meditations that go from absurd to poignant. An emotional record that’s closer to an intimate illustrated journal than a story per se, where the exploration of the printed format and a wild illustration style remain the author’s trademarks.

Back in May, Wai Comics also published Óbice by Paula Puiupo, a Portuguese author residing in Brazil. The piece serves as a compilation of brief comic stories produced for Patreon in 2018. It’s an oddity which we receive with open arms; comics produced in Brazil are nearly non-existent in the local market, much less translated to Spanish. I first came upon Puiupo’s work through the pages of the Latin American anthology Volcán (published by Musaraña and the Editorial Municipal of Rosario in 2017); this flourished into an online love affair as I followed her work through instagram and tumblr.

The author describes herself as a “multi-functional artist,” and you can definitely see it in her work. Her pages bring illustrations and photographic records together playfully, with a style that mixes collage, digital illustration techniques (in a glitchy, zoomed-in MS Paint style) and a white background that distorts every frame. This style of large illustrations with fewer panels is quite impactful, and works best in a physical format. It was published within the label of Wai Zines, which are printed in a 29×21 cm format.

The title of the collection translates thusly: “Masculine noun. That which hinders, prevents; gets in the way”. Through the course of the four brief stories it comprises, there’s a recurring question of whether what “gets in the way” is that which we’re able to see or that which is hidden away. Óbice plays with the association between the images we see, the text we read, and the poetry it all evokes. Puiupo plays with triviality and with pure existentialism. Memories of a face, sensations associated with places, and reflections about how to exist as vegetative life forms are all conjured up in images where, sometimes, line work is minimal, where the digital format and the author’s illustration style blend spectacularly with each other.

A careful reading of Óbice yields textures and various sensorial stimuli, generating a visual poetry that benefits from prolonged observation of each page. It’s an experience that I immediately relate to the emotions evoked by Roberta Di Paolo’s El Observador Silencioso, another title by Wai Comics that we’ve discussed in this space. It’s a book I’m definitely very happy to have found in this moment with very little movement, accompanied by a lot of introspection. I hope this door into my own reading experience encourages you to read these titles, or whichever ones you have waiting for you by your nightstand. Keep being safe, and I hope to see you all outdoors very soon.