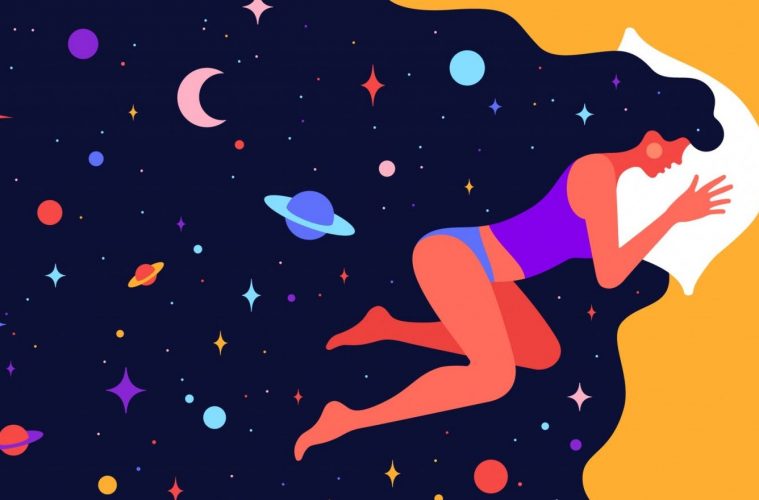 Dream A Little Dream Of Me | COVID-Induced Dreaming

“I was riding in a car with my best friend when we ran out of gas. We got out of the car and started walking through a prairie until we reached a village of magic elves. I tried to warm my friend, ‘Don’t touch anything or you’ll make them upset!’, but he wouldn’t listen and grabbed something – the elves froze him with a spell and I saw his body start to decay.”

Now *that’s* a weird audio message to receive at 7am. It was a dream, of course, something I was able to process after I relistened to the message a bit more carefully. However, it wasn’t just the magic elves that should have made me realize that- the fact that I’ve been receiving these kinds of messages more often than not should have helped. Since quarantine started (still going strong, 70+ days!), most of us have been having and recalling the weirdest dreams. What’s up with that?

WTF Is Going On

Buenos Aires is one of the cities with most psychologists in the world (Argentina as a whole is also pretty far up on the list), so we naturally had to check with one of them. Native porteña and avid La La Lista reader, Lic. Delfina Radrizzani decided to humor us and our conspiracy theories. 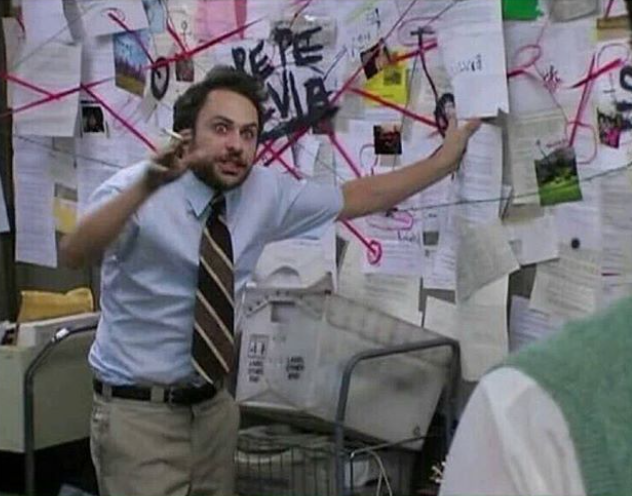 “The first thing you need to understand is that sleeping isn’t the same throughout the night; there are different cycles and moments to it, and different things that happen to you and your body. Dreams in particular happen during REM sleep, and in a normal sleep cycle, this is not the part of the sleeping process where your body intends to wake up. You know how sometimes you wake up without an alarm clock at 7am and think ‘Yes, I still have one more hour!’, go back to sleep, and then one hour later find it impossible to wake up even if you’ve technically had more sleep? That’s because rest isn’t just about the number of sleeping hours – it also has to do with waking up in the right moment of the cycle.”

Cool, but FYI, I’m still staying in bed for that extra hour of sleep. Also, how does this connect with the dream I had last night about giving birth in an empty hospital while the president and his chief of staff had a cabinet meeting in the bed next to mine?

“In the current context, there are many things coming into play. First, anxiety levels are on high alert at all times, regardless of how aware you are of this or not. Second, our routines have been drastically affected – most people are experiencing less movement, less direct sunlight and a lot more screen time, and it all affects our sleeping schedule. Our bodies are confused. They take their cues to naturally wake up from light – but they’re now seeing the light of your screen all day, every day, and well into the night. This disrupts your sleep cycle, and can cause you to wake up during REM sleep, effectively waking up when you were dreaming. Not only that, but the quality of your sleep in general is poorer, something usually associated with dream recall. Essentially, not only are you dreaming more intensely because of anxiety – but now you actually remember. “

“REM sleep and dreams in particular are the body’s tools for handling and processing intense emotions, and that’s been that way since forever. Add to your regular worries the stress and anxiety surrounding a pandemic, and you’ve got quite the tasty dream cocktail.”

Fun fact: according to this dream specialist, dreams affect the brain in very similar ways as psychedelic drugs. In simple terms, they both turn off a part of the brain called the dorsal prefrontal cortex, and this translates into  “emotional disinhibition,” a state in which emotions flood the consciousness. (Don’t quote me on this – read his words if you wanna know the deets). Is that why I enjoy dreaming so much?

But I digress. This dream-enabled emotional disinhibition in the mind of someone filled with emotions (I am a millennial and I have feelings!) produces the aforementioned result: vivid dreams, filled with imagery, and quite fresh in everyone’s memory.

I Dreamt about Fighting Voldemort – What Does it Mean?

One of our readers tells us: “I dreamt I was part of an Avengers-like team and we were fighting against Voldemort. At some point, I knew we had defeated him, even though I wasn’t in the room at the moment, and decided to celebrate by watching Netflix. While doing that, I saw Voldemort appearing in the window and was filled with dread – not only had we not defeated him and I had to warn everyone, but I knew with oracle-like clarity that should we fail again, the world was going to end.” Dude, give me all the symbolism.

“LOL, that’s not how this works. Yes, certain things may offer a more transparent interpretation; for example, the idea of the world ending is probably tied to the feeling of impending doom that we’re all experiencing. However, offering a blanket interpretation for dreams is really not how it works, as dreams need to be considered in a person’s context and by someone involved in that patient’s therapeutic process. Sorry.”

But dude, what about my pregnancy dream? The president was there. We were in a hospital. That’s surely a COVID-related dream.

“Let’s see: it’s generally accepted that dreams are influenced by the memories of our waking activities as well as our emotions. Nowadays, our day to day is significantly blander, which means that dreams have less material to work with and thus have to reach into the depths of our memory for new imagery, which also feeds into creating these weird dreams. There’s a Harvard psychologist, Deirdre Barrett, who to that also added the following: ‘Dangers and threats that are difficult to visualize — such as abstract fears, or real invisible hazards like a poison gas attack — often cause similar metaphors to appear across the sleep of concerned dreamers. Tidal waves are common, as are monsters.’

The idea of a hospital and the country’s president having a political discussion in a hospital can very well be influenced by the daily news, as these are two things we’re hearing about every day. The concept of a team of Avengers, so, a team of heroes, can also be connected to the many times the word hero has been thrown around lately. However, as I said, a deeper analysis requires a therapeutic process.”

Meh. This is what I get for talking to people who take their profession seriously. Anything else you’d like to add, ma’am?

“Two things. First, recalling dreams is actually something that can be trained, so that also feeds into this – the more you recall your dreams, the more you’ll continue recalling your dreams, if that makes sense. And second, if your dreams are giving you a hard time, know that there are “dream mastery techniques” at your disposal to alleviate your suffering. Check out this article for some great starting points.”

A reader tells us: “I was inside a warehouse and could sense that the world was ending. There were these giant windows that looked out far into the distance. Little by little, the sky started going black. Like sections of the sky were being turned off with the sound of a big lamp being clicked off. The darkness gets closer and faster and right before it reaches me the sound that an Apple computer makes rang out and someone screamed ‘Michael did it!’ The omnipotent Michael Jackson had caused the apocalypse.”

Well, I don’t know. An apocalypse and pop culture references? That sounds like a COVID-19-induced dream to me.