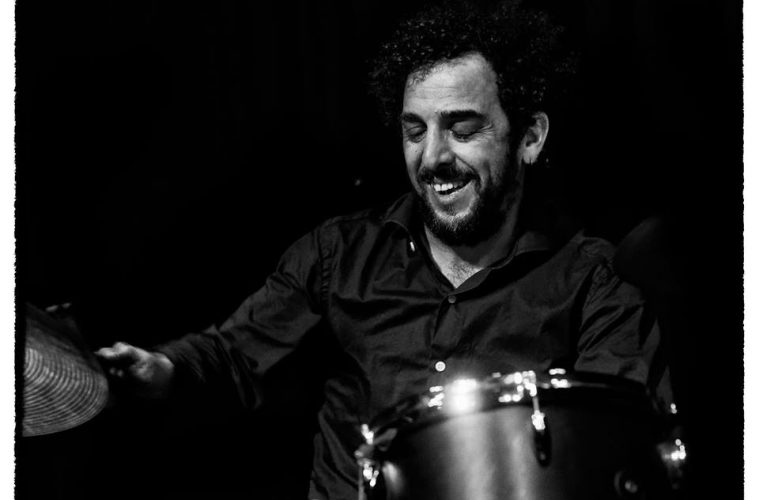 Sergio Verdinelli is one of Argentina’s hardest working and most talented drummers and composers, in both modern jazz and ‘rock national’ worlds.

In addition, his personal stamp on the world of Argentine rock has been impressive. He’s played, recorded, and toured with one of the most influential rock musicians of the last 40 years, Luis Alberto ‘El Flaco’ Spinetta, one of the founders of Argentine rock. Starting in 2005 and since his death in 2012, Verdinelli played an important role in Spinetta’s sound and can be heard on the albums Pan, Un Mañana and Bandas Eternas (CD/DVD). He can also be heard on two of Fito Paez’s records, both of which were nominated for Grammy Latino for Best Latino Rock record.

When he started playing jazz in 1994 in Buenos Aires, he shared the stage with some of the most then (and now) most important and influential players in the city including Ernesto Jodos, Juan Cruz de Urquiza, Guillermo Klein, Luis Nacht, Hernan Merlo, Enrique Norris, among others. Currently, he can be heard sharing the stage and studio with folks like Mariano Otero and Esperanza Spaulding’s regular pianist (2006-2012), Argentine Leo Genovese.

On this current release, No Me Digas Loco, co-released on ears&eyes Records and Argentine label Twitin’ Records this coming June 12th, this piano trio record includes Ernesto Jodos (piano) and Mauricio Dawid (bass). Coming in as drummer and composer, Verdinelli gives us insight into a delightfully dark reflection on what his scene and look on Argentine jazz is and where it is going.

In the opening and title track “No Me Digas Loco” (“Don’t Tell/Call Me Crazy”) the piano chord changes pull at the strings of the heart in a drama that’s deep, thoughtful and mournful. The times are changing and maybe I’m just hearing this music differently. There’s a longing here. And this sense of searching for something not quite obtainable continues on into the second track, “Lenta Columna” (“Slow Spine”). It isn’t until the third track “Me Haces Susurrar” (“You Make Me Whisper”) that we get the quirky, bouncy side of this record. “Keith Barry” keeps us on this atmosphere, kicking off with a carnivalesque piano and sliding out to a drum and bass vamp that could easily belong to Sergio’s rock and roll side of his musical personality, with a heavy and almost calm groove that then leads us again to the piano and furthermore improvisation.

Concluding with a just-over two-minute dirge-like piece, “Piedra” (or “Stone”) we are brought back to that sullen vibe and left hanging there, hopefully reflecting and looking forward with hope.

No Me Digas Loco is being released to digital platforms on June 12th, but you can stream the full album below, exclusively on La La Lista!