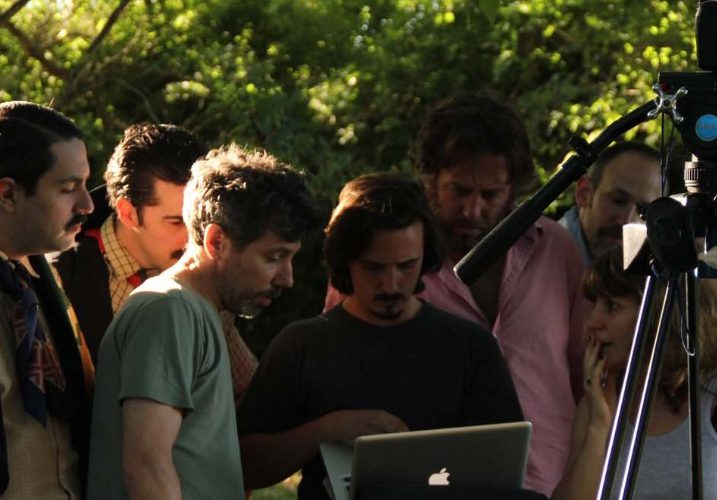 A Guided Tour Through the Magical World of El Pampero Cine

Who would’ve thought we would still be in quarantine? Most of us are still locked indoors, depending on how essential we are to society — a concept that is, at the very least, a bit controversial. Who counts as “essential”? This is what this essay will be about. Just kidding.

What is true is that the idea that “there’s nothing good to watch” has been well and truly debunked. It’s similar to the claim that “I don’t have a thing to wear,” which many of us tend to default to. In terms of audiovisual entertainment, I’m very fortunate that I always have something to wear. And I’d dare say that El Pampero Cine is the cinematic version of my “little black dress.” It never disappoints.

El Pampero is a production company that began in the year 2002, in the midst of one of Argentina’s many financial crises, buoyed by the second wave of the “nuevo cine Argentino” movement. They knew that in order to survive, they had to adapt to the changing times without letting it get in the way of their artistic ideals. Their model is revolutionary, producing outside the margins of the industry, looking for alternative ways to finance their work without relying on INCAA (the Argentine National Institute of Cinema and Audiovisual Arts). They also strive to find alternate ways of shooting, of distribution, and of storytelling. All of this without compromising the technical and aesthetic quality of their work.

I first found El Pampero’s work thanks to I Sat, a cable channel that deserves its own tribute article. It brought us independent cinema from far-away countries, it gave us the finest selection of B movies, and it aided the sexual awakening of an entire generation with its softcore films. It’s where I stumbled upon a screening of Balnearios, the very first Pampero production. And it’s also the channel where I will inevitably sit through the entirety of Historias Extraordinarias when I find it as I’m channel surfing. Even though I’d already seen it four times when it was screening at Malba. Even though it’s four hours long.

El Pampero’s films are, at their core, fairly simple. There aren’t any extraordinary premises, but they also work as tiny odysseys. Characters embark on fantastical adventures where the mundane is re-signified as something strange, new, and magical. The strangeness with which Pampero approaches the world is inherently transformational. Any and all minutiae represents a good excuse for them to tell a story as if we as the audience were kids listening in rapt attention, trying to keep us from seeing the world in its drab normality, allowing us to perceive things differently and hatch crazy schemes.

It’s also fun to gradually get to know the filmmakers themselves as you make your way through their filmography. The team that makes up Pampero is Mariano Llinás, Laura Citarella, Agustín Mendilaharzu and Alejo Moguilansky. Part of the charm of exploring their work is to see them pop up in the credits, to see what role they’re taking on each movie. In this sense, Pampero feels like a true team effort. They write, direct, produce, and even act in each film. They often work with the same actors, so the films also function a bit like a photo album: you’ll see an actress is pregnant in one film, and then the actress’s kid will appear in the next. Not to mention the artistic romance between El Pampero and the theater group Piel de Lava, one of the most fruitful artistic relationships in Argentine cinema history.

I feel privileged to be let into their world and getting to “know” them; seeing them grow, watching them as they play. The line between the story they’re telling and the actual creation is often blurred. Then it becomes a movie about a movie, or a movie about a play (such as Por El Dinero, one of our favorite films of 2019). They often explore the toil of artistic creation, and how allying yourself with similarly-minded friends will carry you through.

In the midst of this horrible pandemic, El Pampero decided to throw us a bone. Setting aside the fact that their films are meant to be watched in a movie theater, they uploaded several of their movies to stream for free. Over 24 hours of great cinema, over the course of 8 films… some of which are very long. Below we’ve assembled a run-through (in ascending runtime order!) of which films they’ve made available, so you can start falling in love with the cause of El Pampero Cine.

And if these links are dead by the time you read this article, please do yourself a favor and seek them out anyway (it is 2020, and things are easier to find than ever). You won’t regret it.

A sad story by Hans Christian Andersen, an experimental opera, a youthful romance, a general workers’ strike, and a family that attempts to sustain itself through art. It sounds like a bummer, but it’s a comedy. It’s about adjusting to circumstances, finding solutions, and making it through.

Balnearios is a type of documentary about the different beach towns along the Argentine coast. I said it’s a “type” of documentary because it’s constantly toying with the line between what’s fact and what’s apocryphal or fantastical. It deals with the many peculiarities of coastal towns: their flora, fauna, and myth. It dips into the encyclopedic and the totally delirious, with reality often surpassing fiction in its lunacy.

Ostende is a type of thematic continuation of Balnearios. It takes place in its titular beach town. A girl wins a temporary stay at a hotel during its low season, without much to do aside from observing the world around her. Details that turn into ob sessions. A world she is unfamiliar with but is fascinated by. What’s it like when nothing and everything is happening at the same time?

A woman lives in a ranch that she built by herself, in the outskirts of the city. She is accompanied by more than 10 dogs, sharing their daily life. The everyday mundanity of a life outside of the system. Time passes, and we pass along with it. She doesn’t speak. We can only get to know her through her on-screen actions.

This is a movie about making a documentary about ballet. El Loro is a sound guy who is breaking up with his girlfriend in the most cowardly way possible, while he works on this documentary about ballet. With Swan Lake as an excuse, this story takes place in the “augmented reality” characteristic of El Pampero, and El Loro falls in love with a ballerina. She isn’t a swan, but does harbor a secret (as ballet princesses are wont to do). El Loro, the unlikeliest leading man, won’t stop until he’s won her over.

What happens when you are tasked with making a feminist movie but all you actually want to do is find an ancient treasure? The “viveza criolla”, autochthonous machismo, treasures, Jesuits, Leandro N Alem (both the location and the historical figure) and Victoria Benedictsson, all of this comprises this wacky adventure about making cinema and cheating.

Okay. Trying to summarize this movie won’t be easy. Historias Extraordinarias is four hours long and deals with a myriad of things. There are three central characters. They don’t have names or voices, but a lot of things happen to them. A LOT of things. Some of them actually happen, and some only happen in their heads. It’s a little bit like when someone tells you a story and keeps getting into digressions, except each digression is actually another incredible story. Murders, burglaries, an impossible mission, mysteries. Historias Extraordinarias is a perfect film. It’s built in a way that never lets you get completely lost in the weeds of its stories. The voice-over narration guides you along. They show you everything that happens and lead you through the tangled narrative, and you always find your way back to where you started.
Part 2, Part 3

If talking about Historias Extraordinarias was difficult, this will be even harder. La Flor is 14 hours long, and I couldn’t really explain to you what it’s about. The best I can manage is: it’s an experiment. It’s called La Flor (the flower) because when you sketch out its narrative lines, it comes out looking like a flower. Some stories start and never finish, others you catch up with halfway through but you get to see through to the end, others start exactly where they finish, others are a brief glimpse at a much bigger picture. It goes through every style: there’s fantasy, drama, intrigue, documentary, romance, and songs. The only throughline is the main cast, which is made up of the four actresses who are part of the theater group Piel de Lava. They are everything in this movie; the inspiration and the executors of a project that took ten years to film and became larger than life. It’s a movie that received its share of criticism for its length, but loved profoundly by everyone who ever dove into the adventure of watching it.