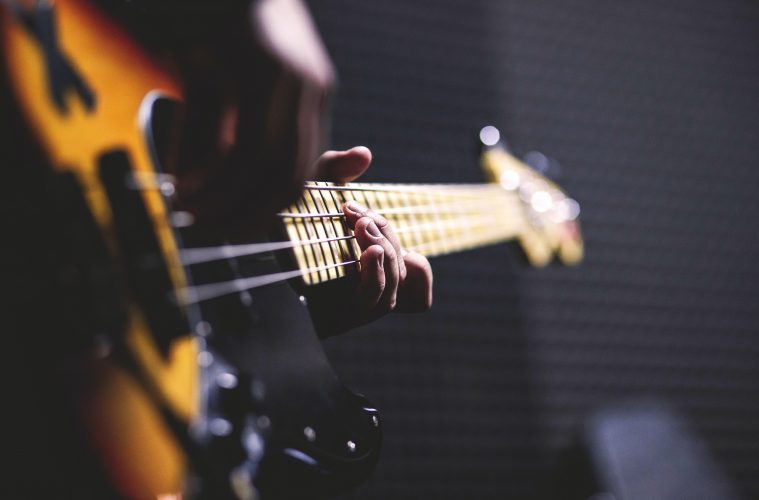 Continuing the journey through some of the most interesting and compelling jazz records I’ve discovered over the last few years, I talk about three more of my personal favorites which also give a real sense of what’s happening within some sub-scenes within the genre.

It’s vibrant, and it (was pre-Corona) thriving in clubs all through CABA and even into the province. And though the clubs are shut down at the moment, they’ll return someday; so take an aural gander at these last few. (Make sure to check out Part one of this series!)

While the last installment included mostly folks of the younger lion generation, I find it appropriate to include the generation before them.

Una Nave by Guillermo Klein is just that. And it’s a display of how much diversity can go into one’s palette as a jazz musician in Argentina where influences run deep and varied. Though this record allows for several moments of incredible displays of technique and skill (from trumpeters Juan Cruz De Urquiza & Richard Nant, bassist Matias Mendez, drummers Daniel “Pipi” Piazzolla & Sergio Verdinelli, and more!), Klein isn’t usually on the forefront. He’s observed here as one of the things he’s best as: the organizer. He can gather a mass amount of folks to create something great (some 19 folks appear on this record!), including his long running group “Los Guachos” which include some of New York’s most important forward-moving musicians like Jeff Ballard, Chris Cheek and Ben Monder. Klein’s work with larger ensembles and with grand-scale ideas is one of his specialties and as a truly concrete composer, this is his place; his home.

This album hits on so many sub-genres within sub-genres, it’s more of a musical adventure than anything. We get to hear vamps and romps, virtuosic blares, bashing drums, fugue-like entrances, percussive textures, balladesque streamlines, sung passages, and rocking out, nicely wrapped up in spurts of sound that last just a few minutes, so musical ideas are presented quite clearly and then moved on. It’s hard to pin-point one particular tune to describe as it wouldn’t be able to cover everything the entire album encompasses; this collection spans so much, taking it in in its entirety is highly recommended.

Argentina has such a musical richness in its folk music, when its vibrant jazz scene collides with its folk tradition, it’s truly something to behold. This next record does a great job of allowing those influences to seep in. Check out the use of the traditional bombo legüero.

This is an album by guitarist/composer Francisco Slepoy, who’s been an important figure in not only the local scene but that of South America and even Europe. The sound of his eight-string guitar is prominent. He’s originally from the province of Chaco, way up north, and though he’s lived in Buenos Aires for so many years, it’s interesting to keep in mind a possible physical trip between Chaco and Buenos Aires; if this journey were a movie, we’d see him collecting those rhythms along the way and stuffing them into his pocket. At night they’d be scenes of him staring up at the stars (and planets, of course). He’d arrive in Buenos Aires, taking in the modern jazz scene, and then he’d hit the studio. This is what we’re listening to.

This álbum, as you might tell from the title, is a partial dedication to 20th Century Argentine composer Alberto Ginastera who studied with Aaron Copeland and later became a teacher to Astor Piazolla. Even though Slepoy chooses piano works of Ginastera, it would be impossible not to have folklore influences in the equation.

Slepoy also chose another theme for this release, as have many composers before him; the planets. The fact that all the planets are made from the same elements yet are very different in the end fascinates him. When one gives this album an attentive listen, it’s easy to hear the cohesiveness and connectedness of each tune. I would go so far to say that it’s not a “jazz record” in the traditional sense, but its importance lies in the influence of jazz, the backgrounds of the players in jazz, their collective and individual influence on the current jazz scene. This is a record of the world, outside the world, but with a home base advantage; the traditional Argentina folklore element.

In “Vidala,” one of the Ginastera pieces, Slepoy gives a peek into his eight-string guitar solo. The ballad “Triste” is just that, “sad”. The patience and sensitivity this group displays pull at all strings of the heart. It’s reflective and has a touch of hopefulness that’s perfectly fitting for these times.

Another aspect of the album is its use of “color”. Tracks that utilize the timbre available, but not all the time as to bog down the ear. The minimalistic percussion met with guitar and double sax interaction is a nice breath of something new. Check out Cossavella’s throat singing at the end of “Jupiter”. The opening to “Mercurio” is sure to cause one to wonder how these sounds are even being made. From the muddled and muted guitar strings and the flurry of notes hurrying along from Bayon, you’d expect the bashing away of percussion, but instead, there’s a light touch that lends itself to an openness that is both mature and digestible from drummer Andres Elstein. The final 4 ½ minutes of the álbum, in “Urano,” it’s as if the instruction from one of the hardest working engineers in the city, Florencio Justo at Estudio Doctor F., asked of the musicians, “hey could we just get a few little specks of sound from each of you… I’m looking at levels here.” Each sound is clear, effective, and makes so each instrument has its own “space” in the space, all puns intended. It’s almost as if this track should be listened to first to get a clear picture of what to listen for, for the rest of the álbum, before the reeds are included; a sextet, from the ground up, starting with the rhythm section.

Ensamble Kuai is a large group made up a lot of KUAI Music recording artists that decided to pay tribute to the great Argentine composer Jorge Lopez Ruiz’s álbum Bronca Buenos Aires (1969) which was one of the most important records to be produced in Buenos Aires pre-military dictatorship. Jazmin Prodan, Andres Elstein, Damien Poots and Juan Bayon (the project’s producer), collectively and collaboratively reinterpret the work in what can be described as one of the most important jazz developments in recent memory. This group of young(er) musicians masterfully perform this music with such energy, it’s an album that demands one’s full attention.

Seemingly improvised solos sometimes turn into through-composed, highly harmonic and dense passages, transforming the idea of the “big band” sound, which wasn’t the goal here. This is not a “big band” in that sense. Though for the most part heavier in overall sound, fans of Maria Scheinder would dig this, but be warned: this music is grounded in not only one of the many sub-scenes of new jazz in Buenos Aires, but for sure that of which is the KUAI Music output.

The colors of this record are densely beautiful and soaringly fulfilling. What this album encompasses for the current jazz scene Buenos Aires is top par with whatever else is being presented in Argentina, in South America, and the rest of the world.

I remember being at the live performance “rehearsal” for this the night before the recording date. The ensemble played to a packed house at Chacarita’s Roseti art space. I was already friends with Juan Bayon, one of the brainchildren of the project, but one particular thing that stands out is one of the solos taken by alto saxophonist Lucas Goicoechea. I didn’t know him before, but that night he broke a norm I had established mentally about the general shape of jazz solos where one starts gradually, quoting snippets of the melody, gradually increasing the intensity of the solo with bits and pieces of release followed by more tension than heard previously, eventually peaking at the climax of the solo followed by a short descent into release. Lucas hit that point incredibly and I thought first, “what?!” followed by “well, this must be it…” But no. Lucas continued to build and build and build and once more I thought, “there’s nowhere else to go from here!”, but he did. He broke my preconceived notions of how an improviser could continue to peak and peak within a single solo. And if I remember correctly, he was 26 years old at the time. This intensity “made it to tape” on Part IV.