A speeding conurbano bus on a synthwave highway is the first picture that comes to mind when Dispara, Volumen 1’s opener kicks off.

Tightly packed sequenced drum loops and a chorus-laden bass make way for the menacing yet welcoming beast that is the Las Eras sound. It takes just a few seconds to get into the hypnogogic trance that this Lanus-based trio craft with their clearly defined taste for somber and gelid synthscapes.

A relatively young band, Las Eras took shape sometime during the first half of 2019 when a certain Lucas Loto, who was looking to scratch the itch of his creativity, went on Facebook in search of people who shared his interest in synthesized sounds and dark, infectious beats. Having arrived in Buenos Aires just a few years before, bassist and synth player Agustin Sperlee approached him, and shortly after, Sofía Castro was incorporated as a singer.

A tale of suburban comradery tied the trio together in the search of a distinct aesthetic and textural sound that is demonstrated in their two releases to date: Volumen 1 and Autral, both released in their full format between the end of last year and the beginning of 2020.

With eight throbbing and momentum-driven tracks, Volumen 1 is the combination of Lucas and Agustin’s first couple of tracks understanding Sofia’s distinct and strangely alluring voice. “Most song ideas come from rehearsals and Las Eras really started to click when we built songs with Sofía in mind for vocals,” says Lucas Loto, the creative brain behind Las Eras. You’ll immediately notice that each song segues into the other with ease.

This is no coincidence. Lucas tells us, “Just as there are certain creative elements in cinema and literature to elicit emotional responses, music lends itself as a means of crafting similar scenarios.” One can read into these repetitions of melodic phrases as leitmotifs, aka musical easter eggs that make multiple listens more rewarding. The lyrics are mysterious and it feels like both Lucas and Sofia are beckoning through a misty and foggy filter of delay. For example phrases like “Tuve que asesinar a un hombre, ese hombre era yo” from the song “Un Hombre” are only some of the psychologically dark lyrics encompassing this EP. The band uses angular and distant glitch synths and beats to further cement that sense of dread that tunes like “Quien Te Va A Creer” or “Dispara” bring to the table.

Volumen 1 is a desolate, dejected and almost confrontationally sordid record.

Tracks to Look Out For: “Subte,” “Un Hombre” and “Quien Te Va a Creer“

Recorded and composed in only one week and shortly after the recording of their first album,  Austral is a dancier detour for Las Eras. For starters, Agustín leaves the electric bass to start playing synths almost exclusively. In the words of Lucas “the song that best defines Austral is Constitución, the opener.” The softly gleaming synth chord at the beginning of said track threw me off at first, but the almost dance-hall-inspired beat drop over Sofía’s narration about herself applying lipstick to kiss a stranger got me back into the groove. And that’s precisely what Las Eras‘ second release is all about: groove.

The compositions are less sparse in terms of percussion. “The second record is where we feel we could hone into our sound identity” according to Lucas. Sofia’s vocal delay oscillations stick to the tempo grid of fast-paced nocturnal tracks such as “Nadie Lo Conoce,” while soft buzzing pads weep over a grim tale about a man throwing up and passing out at a party where nobody knows him. It feels like being trapped in a Gaspar Noé film. You may feel like you’re being watched while listening to this record. The gloomy and low-key hostile mood that the harmonies portray is often transfixing when coupled with the beats that make Austral brooding and intoxicating in equal measure. 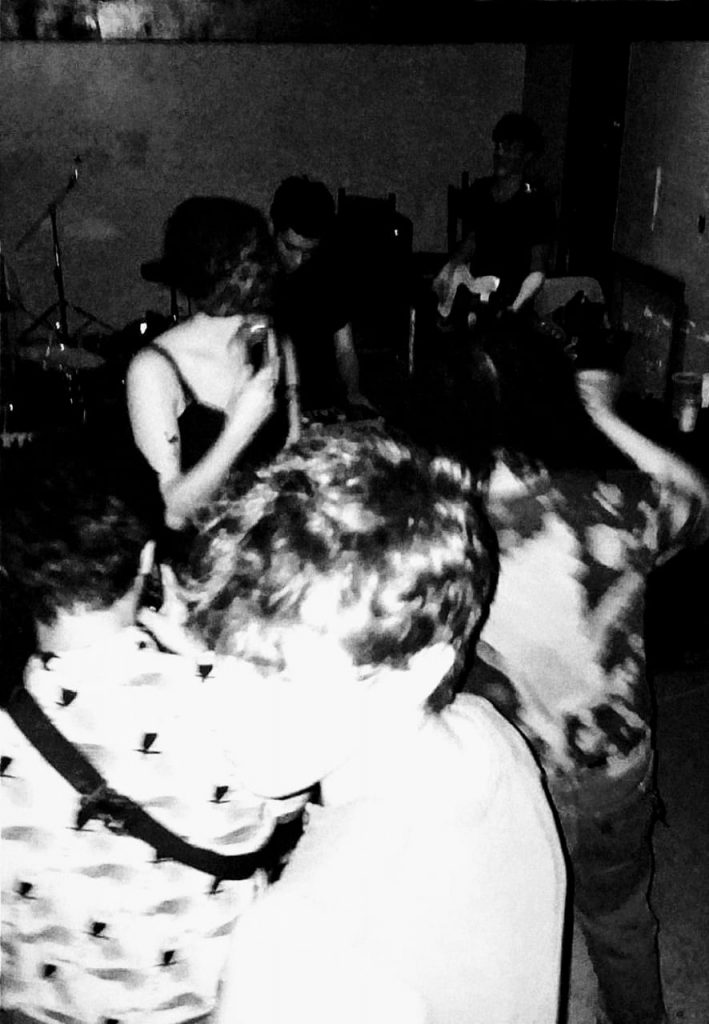 Tracks to Look Out For: “Nadie Lo Conoce,” “Constitución” and “Caraza”

As a relatively new band, how do you feel about playing gigs with Pyramides and 2001? Do you feel like darkwave, post-punk, and genres in that vein are having a resurgence?

“We think we were really lucky to get invited so often last year. I don’t think there is a resurgence so much as there’s a brewing scene that sadly didn’t stick with people here. It’s really cool to see darkwave and synthpop permeating the local scene and we’re happy to play as much as we can. We had plans to do so this year, but you know, COVID.”

Your lyrics are often dodgy and ambiguous at times. From where do you draw inspiration when writing them?

“The suburbs where we live play a huge role in the writing of lyrics, it’s almost as if our neighborhood provides us with little vignettes that help us frame the context of our lyrics. The tone and stories are put into motion having that in mind.”

What can we expect from you guys in the future?

“We want to release our third record before the end of the year. We were going to release it earlier and tour it around as much as we could but the current pandemic situation hasn’t let us yet.”

Until then, checkout their albums at their bandcamp here.