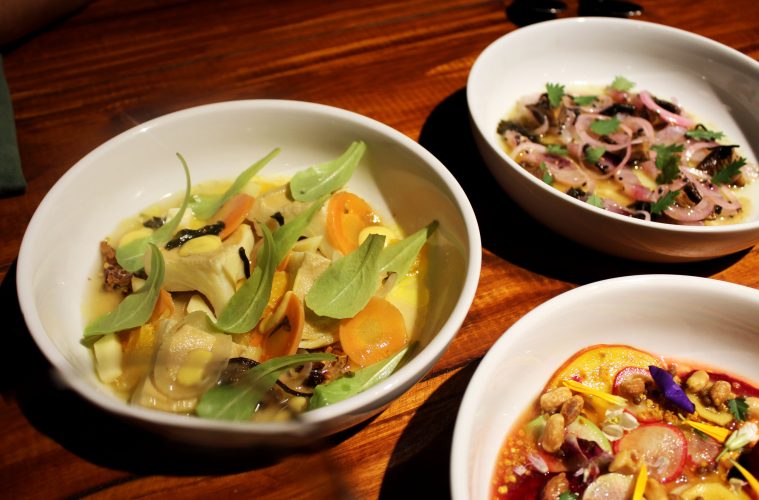 With the extension of national quarantine imminent, it isn’t an easy time for restaurants. Most restaurants in Buenos Aires have re-opened in varying formats (delivery, take-away and market) as all businesses begin to adapt to the ongoing Corona crisis. For those of us with the economy to indulge in delivery, it is easy to simply open an app and scan the options until we land on something that tantalizes our tummy. But not all restaurants are on delivery apps or have strong social media presences—making them even more vulnerable to the economic stagnation the industry is suffering.

All restaurants deserve our support, whether they decide to be present on a delivery app or not. Here are three restaurants worthy of your pesos that you won’t find on any of the apps. For more on local restaurants, scan through this column. And before making your order, please think carefully about supporting restaurants directly and not tossing your money at third-party foreign apps that don’t care about us, our economy, their freelance employees or the businesses they serve.

All the banchan and kimchi soup at Singul Bongul 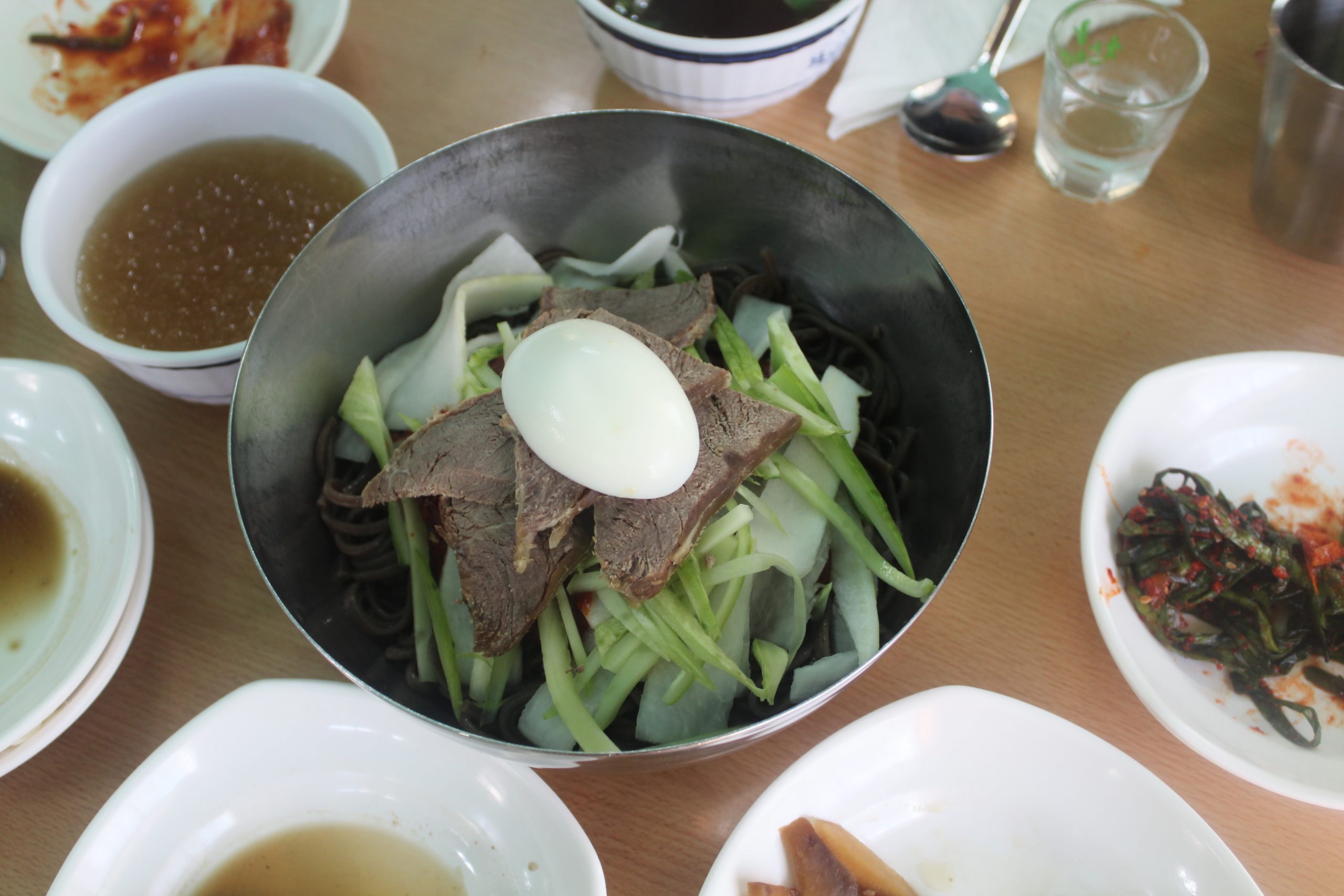 “Six varieties of cold noodles decorate the menu – served with or without broth, spicy or bland, fine or thick buckwheat noodles. Mul naengmyeon, or buckwheat noodles with cold beef broth, has a sweetness that pulls you unexpectedly like a strong riptide. A blast of fruity broth, almost like a pickled watermelon, sweeps under the tongue and shoots to the back of the throat. Notes of plum disguised as raw triangles of daikon radish and stabs of zucchini are powerfully tangy. I prefer the bibim naengmyeon, served with a slushed broth on the side that allows you to control the tang. Buckwheat noodles are satisfyingly chewy with a sweetness that rests languidly in the distance. Squirts of a nasally mustard-based hot sauce gives a welcome zap, but be careful not to numb the tongue with a overly zealous hand – it would be the equivalent of eating a ball of wasabi whole.

There is also a hot kimchi jigae. Kimchi, tofu and bursts of pork are wrapped into a spicy red broth. Intense fat and fermented flavors coil around the tongue but once the floppy planks of kimchi and cubes of pork are all gone the soup begins to soften and compartmentalize. Suddenly a lemony citrus and distant sweetness, like an apple or under ripe pear, begin to appear. Alt tang was lost in translation – the expected miniature golden roe was actually large, veiny egg sacks that felt like a cross between a fresh chorizo and spam minus the savory flavor.” 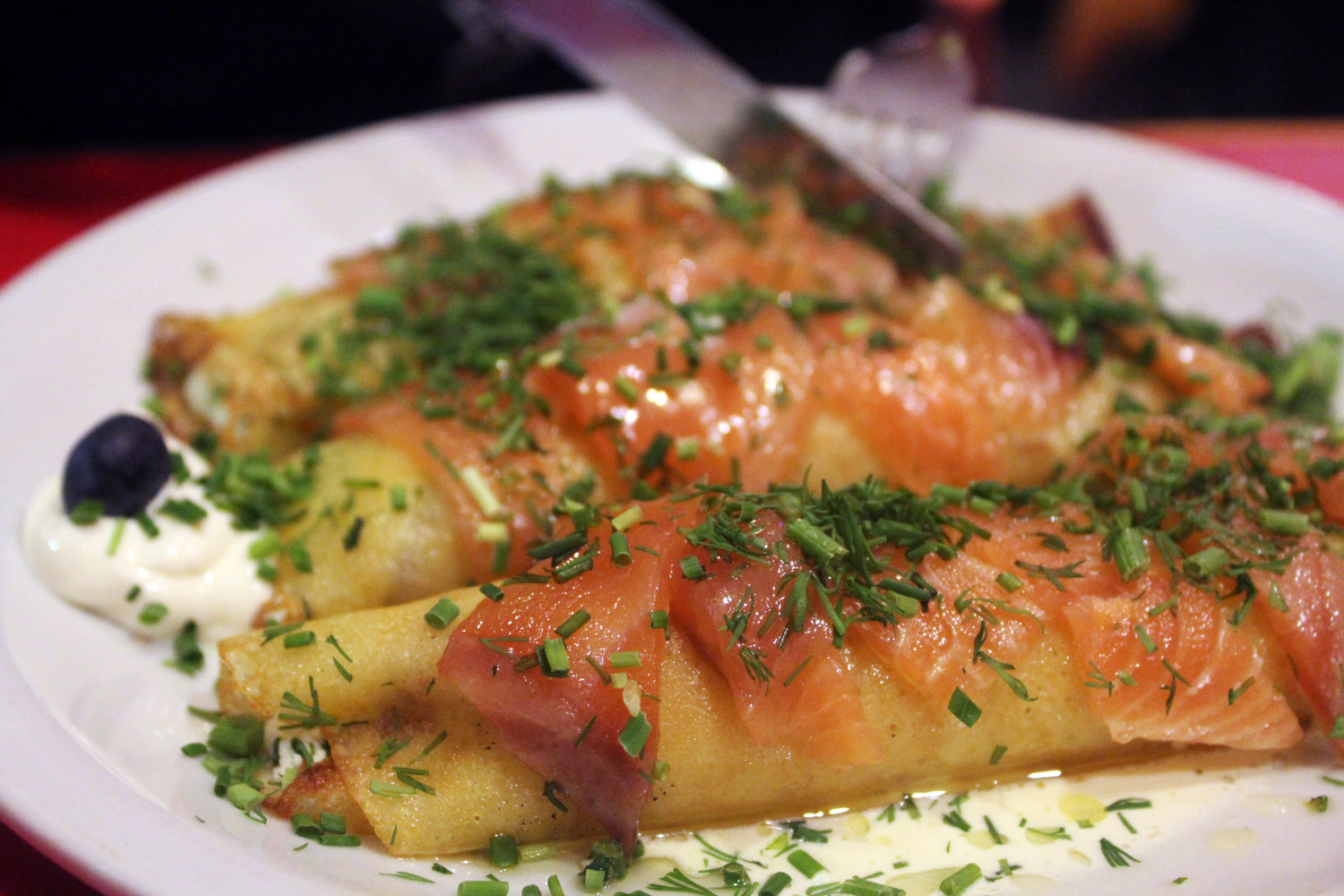 “Meals at El Molino aren’t elegant dinners out. The menu is illustrated with photos to highlight a dozen homey dishes of both Ukranian and Russian origin—Dimitri describes in incredible detail the ingredients of every single dish if you look even slightly lost. His scripted explanations spill out with such dizzying velocity in a way that adds to the atmosphere more so than clear up any doubts. Or maybe it is an elaborate ploy to get you to order the vodka tasting, three shots of vodka distilled in-house, to calm the brain from the overload of information. You would be wise to take the bait.

On your first visit, you will probably start with the vareniki—delicate white dumplings filled with potato that has been whipped so smooth it dissolves on the tongue. The filling isn’t packed with much seasoning, and it doesn’t matter, the ordinarily bland puree simply becomes a medium for which to scoop up crispy cubes of panceta and fried onion with a generous brushstroke of a slightly salty cream sauce. You will likely move on to blinis, slightly sweet pancakes which are stuffed and rolled into long cigars. Caviar is imported from Russia, but Dmitri recommends ordering it the first week of each month when it is at its freshest. Cured salmon and ricotta are a fine substitute. Don’t underestimate the Ensalada rusa, “the real one”, according to Dimitri, a nostalgia inducing potato salad which is made fresh with the additions of bushy leaves like fennel and dill.” 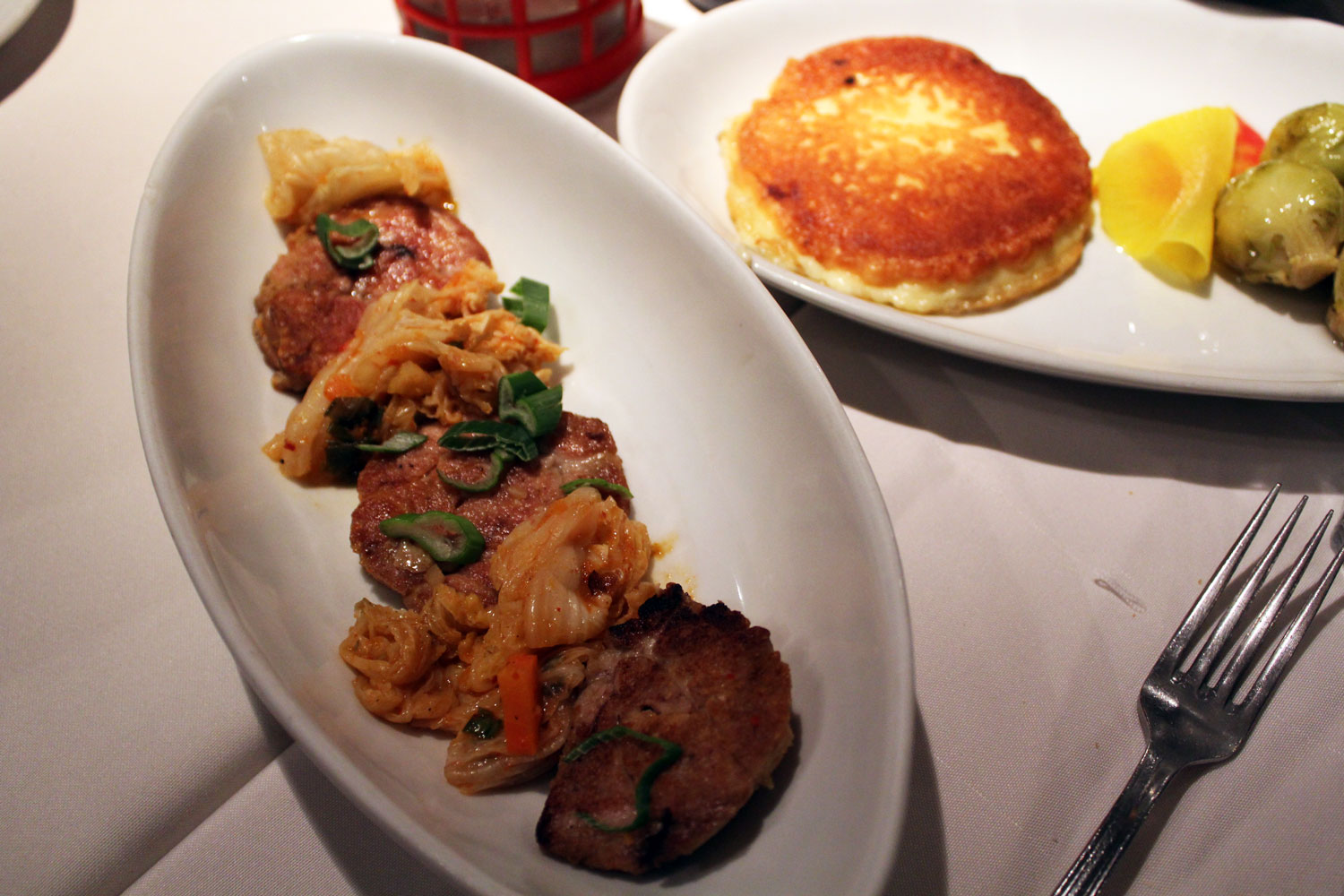 Urondo has toned down their meat-centric menu but kept in tact their killer wine menu and homemade kimchi. “Urondo is more serious than your average porteño restaurant, with its palate influenced not only by the immigrant communities that built Buenos Aires but the ones that continue to do so: Peruvian flairs in the form of bright yellow rocoto sauce or sucker punches in the form of acidic Korean kimchi.

The stars are the selection of offal, despite being relegated to the appetizer. I like to order a few en lieu of a main. Crisp sweet breads served with soft mouthfuls of barely red kimchi cabbage. An off-menu plate of brains are soft and airy with a heavy fragrance of garlic. Smear them across fresh bread like pâté; they are earthy and taste like a hint of a winter storm. Chinchulines are extra crunchy, maybe too crunchy, and served with a warming mustardy hot sauce and baked potato wedges. A Cabernet Franc reserve by Carmelo Patti intensifies the intense beef flavors.”