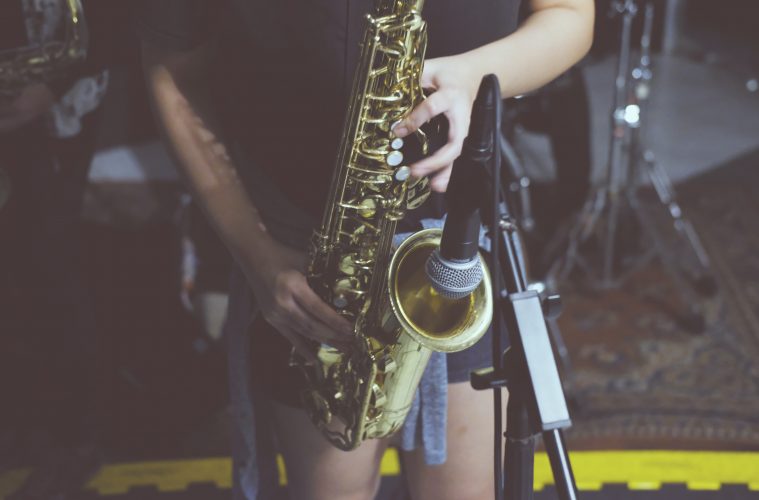 Buenos Aires has become one of the epicenters of new, creative jazz music over the years. The advancement and furtherment in different styles and sub-genres within what has become a world music, the modern jazz scene in Buenos Aires is rich with adventure and excitement. On a personal basis, as someone who’s studied and played some sort of jazz-related music for over 20 years, I will present what I’ve been most excited to discover and rotate over the past few years. I am in no way trying to give a historical account of how Argentine jazz music has evolved into what it is today, but simply share what I’ve been checking out since moving here some seven years ago.

All of the albums and musicians below are true favorites among favorites, up there with the best of the best. And though there is an enormous wealth of albums to choose from, here is part one of a brief selection to get you started.

Juan Bayon is one of the hardest-working and most creative contrabassists in Buenos Aires, where a strong modern jazz scene has been flourishing for years and presents incredibly fresh sounds and ideas. Though he’s a co-founder of the local independent label, KUAI Music, this álbum, Vidas Simples, was released on ears&eyes Records.

The first tune “Cumbia de Gambartes” is a tribute to Argentine painter Leonidas Gambartes, famous for painting “witches” and later “sorceresses” and “conjurants”. The opening passage has a mysterious lingering to it — it’s not until the piano starts its ostinato that the alto sax and vibraphone congeal and the bass and drums lock-in into a steady groove whereupon the angular melody hovers. In “Pausa,” an improvisation by pianist Santiago Leibson, we have an excellent example of his ability to emphasize patient melodicism above a delicate harmony before leading into the ballad “Aural”.

With the play on irony, which Juan utilizes a lot, he records a bass solo and leaves it as a single track. Though one would consider this an opportunity to showcase his talent on the instrument, he makes sure his audience knows it’s a selfish act and ironically titles it “Ego”. What starts as a flurry of notes concludes with an interjection of quick lyrical melodicism, showing his fluid ability on the instrument.

In “La Vida Simple” we get a singing-like improvisation, chopped to the max with melodicism from the piano. Lucas Goicoechea, one of most talented alto saxophonists in the city, starts his solo with simpler but passionate ideas and later becomes quirky and highly dramatic where each phrase is clearly started and concluded with clarity. The final track “‘Fortaleza” is a tune with dark undertones, but with intentions to bring light to a difficult situation. There is darkness and sadness throughout the tune, but in the final seconds, there’s a glimpse of what is almost a Picardy 3rd (ending a minor/”sad” piece with a raised third making the final cadence major/”happy”).

Vidas Simples is a great example of where one of the current modern jazz scenes has found itself in 2020.

Camila Nebbia is an up-and-coming tenor saxophonist and composer who pays homage to her influences and looks to her musical future with her album A veces, la luz de lo que existe resplandece sólamente a la distancia. With blasts, spurts, math-like passages, soaring bits, scratching, and battling dueling trios, this album has a bit of everything for the Tim Berne, Ornette Coleman, John Zorn, Shellac enthusiast.

With doubling of all instrumentation (two drummers, bass & cello, double reeds), this álbum is able to venture into uncommon territories. Between the math metal and thrash punk passages, it slips into spacey atmospheres with swirling harmonics from the cello and arco bass.

The opening minute of this amazingly adventurous says it all, as if a summary of what’s to come. Not to say that once this minute passes there’s no reason to carry on, but the doses of “edgy math metal jazz” mixed with floating passages, bursts and blasts, and dueling trio-against-trio are prevalent throughout. And though we hear all of these players in the game all at once pretty often, what’s really interesting is the use of two trios acting together in “team” format, reminiscent of Coleman’s 1960 “Free Jazz”, but in a way where the two trios have more influence on how the other trio proceeds. About halfway through the first track, this is most evident; the trio of bass clarinet, bass, drums slowly plays a bluesy swing, while the other trio sits idly for a few moments until it’s decided to abruptly interrupt. When the original trio returns, they’ve completely changed attitude. These abrupt interjections continue and the first trio changes the vibe each time.

In addition, it’s mixed in a way where the trios are predominantly panned left and right; the distinctions are that much more noticeable and clearly marked. The third track off the album, “La distancia entre los pasos,” is a great example of “adventure in music” where the track takes you down many, many paths of musical ideas while “making sense” the entire time; we get more of the two trio vibes, sometimes dueling, sometimes influencing the other, and some mathy-prog-metal tutti melodies.  The cover of Coleman’s “Garden of Souls” reveals a fast-paced swing before the “opposing” trio tries to steer the music in another direction. The first trio fends for itself as long as it can, but eventually, succumbs to the opposition and the baton is handed off.

The excitement in this álbum never dies and seems to propel itself further and further into a musical barrio of change and curiosity.

There’s a crispness that jumps out after the short intro to this album, led by drummer/ composer Fran Cossavella. It’s something commonly found in his playing: a clear, forward-pushing, driven focus. Over the course of the album, there’s a sense of hushed intensity; not hushed in the sense that it’s being held back, but that it becomes another element of tension, as in “how is this music not played louder?!”. And successfully, another level of tension is reached.

Cossavella is joined by one of the hardest working and prolific bassists in Buenos Aires, Juan Bayon, alongside longtime collaborator Santiago Leibson, who’s been living and working in New York City for the past almost five years. Juan Presas, who can be heard playing melodically intricate solos over standards with folks like Tomas Fraga, Pablo Raposo, Pablo Motta, and Hernan Mandelman, is presented on this álbum in a light that’s subtle and intensely subdued.

Coming in at only 2 1/2 minutes, “No Te Salves” takes on a bouncy indie rock vibe with a slow-moving saxophone melody which reminds me of Jim Black’s Alas No Axis project, a favorite! Segueing into a more double-time, drum’n’bass vibe with “Arquitectura” gives a sense of adventure with surprising piano breakdowns. All in all, the album ventures to many subgenres of jazz, and yet still comes off as cohesive and centered, even with the spoken-word Bruce Lee samples. The absolutely cleanliness and the entrance of “Blues” at first gives off an early Avisha Cohen vibe. Just then, another voiceover from Bruce Lee comes in as a fifth member of the group while Presas engages with the spoken word before breaking off into another moment of clarity and patience while Cossavella gradually quietly sneaks a few measures of syncopated jolts and Leibson reduces the texture even further before eventually opening the sound up just a bit, then returns to the opening, carefully constructed mature restrained tension. Just as the tranquility of “Interludio” drops its beautiful vamp, it’s gone just as fast, and we’re introduced to the angular piano and bass that’s to come in “Sin Realidad”.