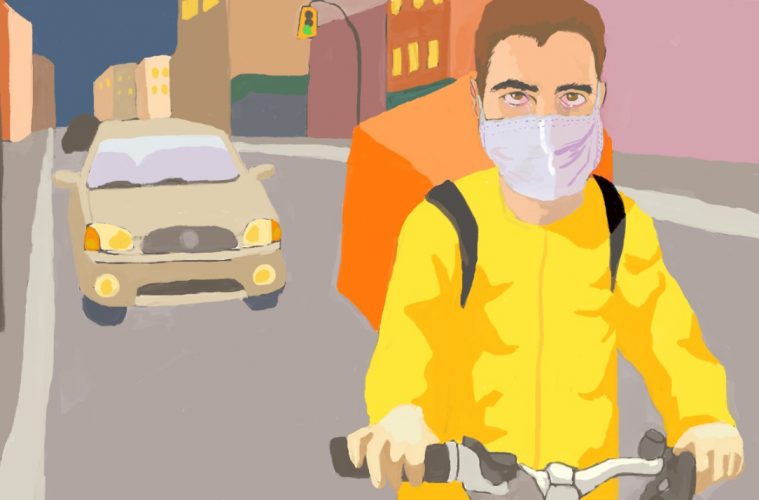 We were beginning to witness something truly beautiful. For years local dining has been slowly crawling towards a finish line that is still just a blur in the distance. We were at the start of a more adventurous, authentic and varied food scene than it has ever been and the range of restaurants covered in this column is evidence of that. Sure, the scene is imperfect and the road ahead was still long, particularly regarding questions of inclusivity and accessibility, but those are conversations that, at the very least, were beginning to be had.

Ten years back when the landscape began to change under the obliviously monikered Nueva Cocina Argentina, mostly ego-driven tasting menus and exclusive restaurants with little legs were the aspiration of serious chefs and diners. Today, the scene is unrecognizable, and the definition of ‘good food’ has been turned on its head.

The diner of tomorrow is just as motivated to seek out new flavors at a mom and pop in the depths of Floresta as they are to be seen at a new opening in Chacarita. We have witnessed a curiosity for distant flavors grow parallel to an interest in modernizing familiar ones, in versions that are both high brow and staunchly barrial. Listen to Marcelo Rios or Celina Bartolome rhapsodize with the same religious fervor of their respective fields, the passion and intellectuality is the same even if one is talking about cheeseburgers and the nuances of different fry grills, and the other about the unifying power of wine and complexities of viticulture.

Now we hang in the balance. The future is purely speculative. No one knows what the fuck is waiting for us on the other side of this, except for a severely bruised economy. Every time I check it seems as if the quarantine still has another 15 days to go, and even when the quarantine is lifted, it will be a gradual return to the way things used to be. In a moment of unprecedented uncertainty, it is difficult to understand what is the right thing to do.

I am certain of one thing: the delivery apps can go fuck themselves.

Even pre-COVID, I was hardly a fan. The majority of the delivery apps are giant multinationals led by millionaire owners and funded by billionaire hedge funds who have succeeded in creating an industry where one didn’t exist. Delivery is human labor, a dangerous one at that, and they have manipulated us into believing that it should be dirt cheap or free.

These businesses run off a stockpile of cash and negative profits until they’ve taken captive of the very industry they market themselves to be in support of. The playbook is ripped straight from the Neo-Liberalist manifesto. They sell consumers the mirage of freedom as they slowly take everything hostage. It’s a chess game except when the game begins they have a full set of players and we’re sitting tight with only our king.

Restaurants are forced to get rid of their own delivery system to stay in the game or add delivery to remain competitive. And when we join the game, we have to swallow their rules, which come in the form of steep commissions and predatory incentives to keep you at the top of the algorithm.

Rappi, Glovo and UberEats charge between 27 to 30% commission on total profit in an industry where margins are structurally thin. In the process, they drive up prices for consumers while draining owners of cash, with little care for the nuances of crisis economies. Workers are forced into contracts that categorize them as ‘freelancers,’ denying them protections while forcing them to structure their days around the company who are the slimy pimps to their indentured servitude.

Sure, many businesses probably prosper despite the practical hangups, but the first thing they teach you in business school is if your business depends on the benevolence of a single corporate client, and especially a demonstrably diabolic one, you need to seriously rethink your business model.

It should come as no surprise that the only people profiting in the restaurant industry currently are delivery apps. They could have saved the day for a number of restaurants by lowering commissions into the single digits or eliminating them down to what’s needed to make ends meet. Commissions have yet to change. And those #quedateencasa promos you see at the top of the page—that’s more panic induced margin slicing to stay at the top of the algorithm. Sanitary protections, at least in my own anecdotal experiences, are not uniform and often DIY looking.

I will not be deleting my apps all together. The future of the restaurant industry almost entirely depends on them and will for a while to come, so for now, I am still using them. But I am using them differently. Instead of falling into the trap of scanning through the apps for a meal, support a restaurant by calling directly, placing your order and sending a mensajero to get your order. The mensajero gets paid and so does the restaurant and all the app retains is the delivery surcharge. You can find restaurants offering delivery on this spreadsheet we continue to update.

Hopefully that dependence won’t last for long. ACABA Mensajeria is a messenger co-operative created out of the pandemic to create a safer and more egalitarian workspace for bike messengers that are working in CABA and GBA Sur.

Pandemics don’t kill culture. People do. Our decisions, now more than ever, will have a profound impact on how dining culture bounces back. If you love restaurants and dining, and the culture we have created over the last few years, it’s time to protect it. Let’s stack our chips against the ones who willfully shit all over it, and hope that the phoenix that rises from the ashes is us and not them.