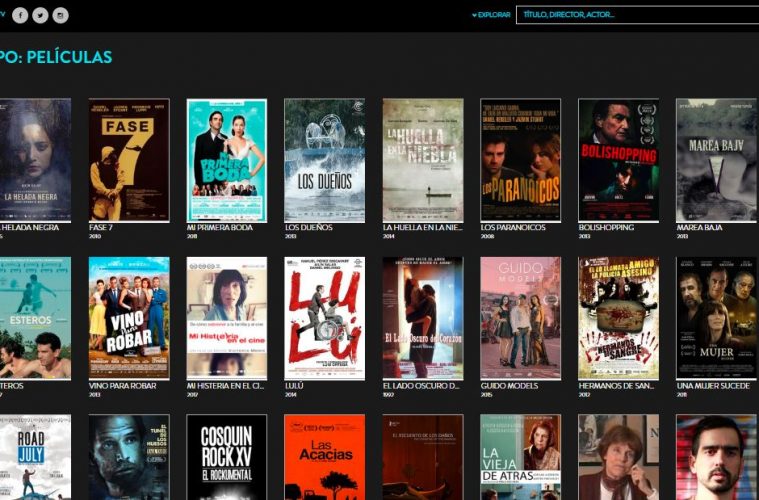 More than just about any art form, film has the power to take you somewhere else, planting you right smack dab in the middle of somebody else’s story; whether they’re grandiose and elaborate cosmic dramas or small, mundane, ordinary slices of everyday life.

And in this unspeakably strange moment in modern society — one which only gets weirder by the day — you probably need to be taken to some places, even if it’s just through the magic of camera lenses. Off the Marquee is a column dedicated to covering the screenings and festivals going on around town, and well, there are no screenings or festivals happening currently. So we make our own.

Below is a list of ten great Argentine movies that are currently streaming for free on the Cine.Ar Play app. That’s right — no payment required. However, remember that Cine.Ar Play also has a great selection of newer releases that are dirt-cheap to stream (as low as $30 pesos, which is next to nothing).

So go to https://play.cine.ar, create an account if you haven’t already, and do some digging. These are just a few pieces to get you started. The website is littered with strange treasures and enduring classics.

Esteban Menis’s Incómodos is one of my all-time favorite Argentine movies. It’s a sweet, charming comedy that revels in awkward silences and uncomfortable social interactions. It follows three friends as they decide to go on a journey to the coastal town of Miramar smack dab in the middle of winter, while also trying to find their place in the world.

It’s really hard to convey how beautiful this documentary is. On its surface, a documentary about a photography studio doesn’t sound particularly exciting. But in telling Foto Estudio Luisita’s story, the documentary also dives deep in the olden days of the Argentine entertainment industry, and becomes a love letter to the craft of photography. It’s filled with very tender and very hilarious moments in equal measure.

This strange little film can be characterized as a road movie, a crime procedural, an adventure film, and a human drama. When an attempted kidnapping goes sideways, a struggling young server called Julia and her would-be captor are stuck out in the Patagonian desert, fighting their way towards survival while the police search for them.

Gabriel Medina’s directorial debut Los Paranoicos is a story about characters stuck in moments of doubt. Luciano is a thirty-year-old loner who struggles to finish a screenplay he’s been working on for a while, trying to tap into a well of inspiration that has long gone dry. When he meets up with an old friend who has become a successful TV producer. Through his relationship with his old friend’s new girlfriend, Luciano starts to see the value in the qualities in himself that he’d long written off as weaknesses. A cute, funny comedy that might resonate with creative folks.

Pablo Trapero is one of the most respected names in the New Wave of Argentine cinema, and the gripping Elefante Blanco might be his most accomplished film to date. A drama that takes place in the slums of Buenos Aires amidst complex inter-personal conflict and gang violence. Two priests wrestle with their place within all of this, as well as with their relationship with God.

Diego Labat and Agustín Ross Beraldi directed La Máquina Que Escupe Monstruos y la Chica de Mis Sueños, easily the film with the best title out of this entire selection. This is a really weird one, not really meant as a movie in its original incarnation but repurposed as one, which adds to its endearingly odd sense of timing and tone. Among the wacky concepts in this strange little film: a machine that records dreams, and a man who discovers that the reason for his drab and boring life is because the screenwriter in charge of his storyline has passed away.

If you’re even vaguely familiar with the Argentine film scene then you’ve likely heard of El Hombre de Al Lado, or at least of its duo of directors, Mariano Cohn and Gastón Duprat. This gripping, increasingly tense drama about an upper-middle-class family whose life is thrown into disarray by a seemingly unhinged psychopath who moves in next door — and the several small interactions that lead to the growing conflict — will have you on the edge of your seat. Also keep an eye out for a great dance sequence featuring the great Sergio Pángaro.

During these extremely bizarre times of quarantine, it’s perhaps a good idea to watch a movie that takes the scariest aspects of a global panic and makes them cartoonish and fun. Stylistically, La Antena is clearly modeled after black-and-white silent films of the 1930s, with a self-consciously wacky sci-fi premise that will perhaps make our current predicament a little easier to digest.

Every once in a while, you’re in the mood to watch a group of friends and family just tear each other apart over grievances from the past. If you’re Michael Haneke, you can turn this premise into something emotionally scarring. But in the case of Hernán Guerschuny and Jazmín Stuart’s Recreo, it’s a slice-of-life comedy with an endearingly winsome tone that goes down easy, even if the conflict itself is pretty weighty.

We couldn’t possibly wrap up this list without a horror movie, and Muere, Monstruo, Muere is one of the most successful examples of Argentine horror that we can think of. Alejandro Fadel’s film follows a rural police officer as he investigates the grisly and bizarre case of a decapitated woman. There is a suspect, of course, but he blames it all on a mythic monster. The obvious metaphor here is that man is the true monster, but the film takes some interesting and unexpected turns that play with the concept of arthouse horror as extended metaphors.