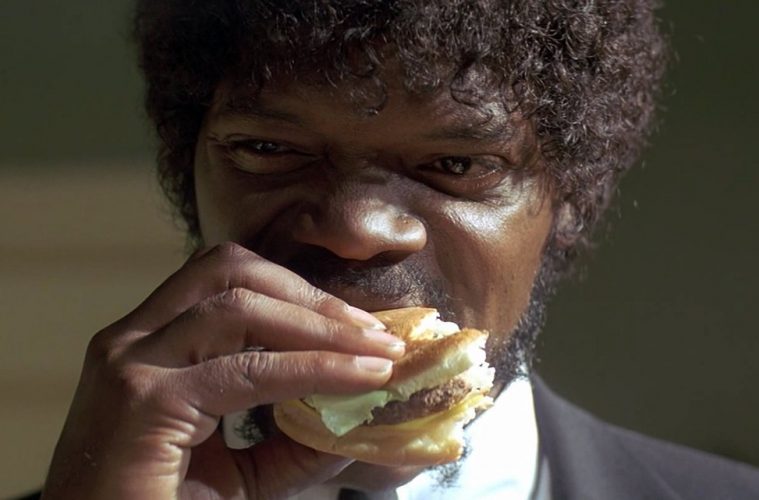 Restaurants are tiny little planets—self-contained ecosystems orbiting around a singular universe of food and dining. Each and every one has its own set of laws and idiosyncrasies; they all are host to a cast of characters and episodes completely unique to them. It is the paint on the wall, the familiarity of a piece of cutlery, a waiter’s bow tie or the hand written price stickers inside a leather bound menu. It is in how a server waits for you to try that first sip of wine or slams a cold beer down on the table and stomps off. It is how they look at you with eager eyes or force you to wave your hands exhaustedly for attention. All these details create a weightlessness that pulls us towards a sense of inspiration, chaos, adventure, nostalgia or sophistication.

Great art can inject those same notions into our veins. And whilst feeling a supreme sense of nostalgia for some of my favorite places to spend an afternoon or evening, here are three films that capture the power of food and dining and the local restaurants whose food can fuel your movie viewing, all of which are available here.

In Luca Guadagnino’s sophomore feature, food becomes a vehicle for both love and deception. Tilda Swinton’s Emma is a Russian born, Milanese socialite who slowly falls for her eldest son’s friend, an aspiring young chef. When she sits down at his restaurant and tries a shrimp dish, the lights dim, the other characters disappear and the sounds begin to blur as a bright white light shines across her eyes and we watch her enter an out-of-body experience.

For an Italian meal, check out La Locanda in Barrio Norte, Regionale Trattoria in Belgrano, Totalmente Tano in Villa Crespo, Cucina Paradiso in Palermo or Renatto in Villa Pueyreddon; for something equally sophisticated, check out French restaurant Fleur de Sel in Belgrano. Contact restaurants directly for delivery options to your hood.

Japanese director Juzo Itami’s barely decade long career was infamously cut short by the Japanese mafia, who after the release of The Anti-Extortion Woman, a stinging satire about the blind pride of the yakuza, harrassed him mercilessly until his mysterious suicide in 1997. Of his 11 films, Tampopo is amongst his most emblematic. It is the story of a young woman in search of the perfect ramen recipe which plays out with his signature mixture of episodic dark humor captured with airs of Jacques Tati and his obsession for American spaghetti westerns. For Criterion fans, nearly his entire filmography is available on the Criterion Channel, and a number of others can be found full-length on youtube. 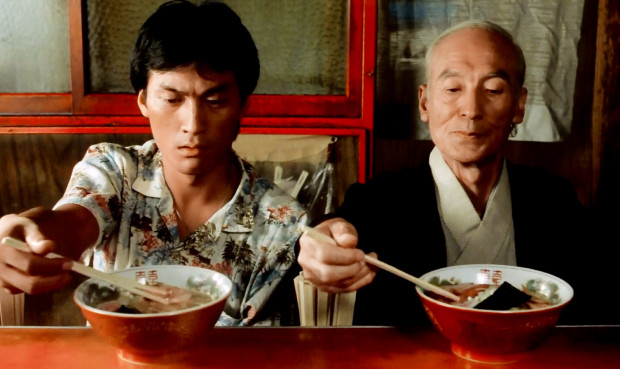 For a bowl of ramen, check out Chino Fino in Palermo Soho. Udon an other dishes are available at Congreso’s Ichisou, and other East Asian options can be found at Kyopo, Azit, Asian House, Una Canción Coreana and Casa Feliz in Flores, Bistro Tokio in Belgrano, Niño Gordo and Koko in Palermo and Bao Kitchen in Recoleta. Contact restaurants directly for delivery options to your hood.

The Spanish language title Dos colgados muy fumados doesn’t quite capture the North American fast food zeitgeist but it gets the jist of it. Harold and Kumar is peak early 2000s teen raunch with a boundary breaking duo played by John Cho and Kal Penn, who make an all night roadtrip across New Jersey to get laid, smoke weed and eat burgers. Their tongue-in-cheek take on Indian and “Asian” stereotypes helps the movie stand against the tests of time better than their Tom Green and Tara Reid lead counterparts. 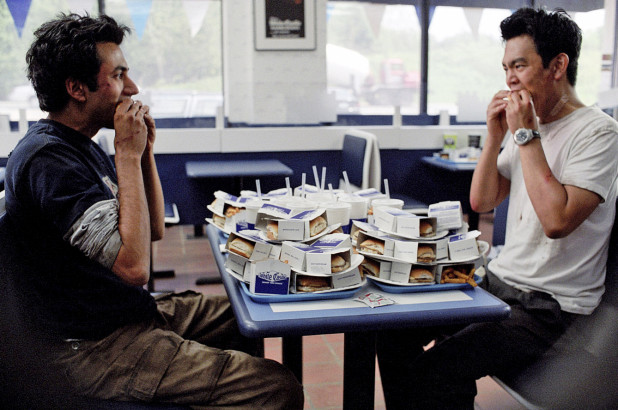 Roll a fat one and order a burger from Kevin Bacon, Dogg or Fat Broder in Palermo, Menenga in Caballito, Abocado in Barrio Norte, Voraz in Belgrano and countless others on your favorite apps.