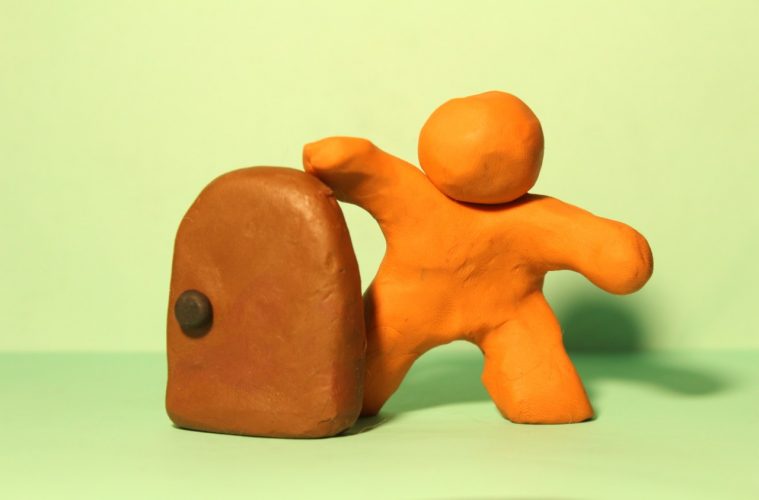 Hone your Creativity at the End of the World, Pt. 2

Hello idle reader! As La La Lista is a magazine centered around the local music, art, and food scenes here in Buenos Aires, we’ve been a bit blindsided (like everyone else in the world) by the fact that there are suddenly no longer any events to cover. But we’ve been doing a great job keeping our shit together, largely due to the creativity and dedication of our staff members (if I do say so myself). I typically write The Setlist, our weekly live music agenda, but now that the end of the world is upon us, my new gig is imparting tricks and tips on how to get those creative juices flowing. Extra pulp, mmm! If you didn’t read part one of this series, please start there and come back.

7. Don’t be afraid of cliches.

Can we please take the negative connotation away from the word cliche? Cliches are so important. Motifs and metaphors that have been repeated over and over and over throughout time, by different people in different cultures all over the world, carry an immense momentum with them and are extremely powerful. Because they build upon the meaning established by all the other gazillion times they’ve been used, their use creates a sort of meta-meaning in language. Your understanding of the meaning of a cliche has been influenced and shaped uniquely by all the different contexts in which you’ve been exposed to that cliche, and when you employ it, you’re taking your unique conceptualization of it and expressing it in your unique context — you’re using its power to express your creativity, and in turn making it more powerful, and you’re also participating in the development of meta-meaning. I mean, shit…meta-meaning? That’s — quite literally — what it’s all about.

In the same vein; don’t listen to that voice that tells you your idea is “too corny,” “too cheesy,” “overdone,” or “gimmicky.” Don’t heed those types of judgements; they are not your friends, and they have the potential to kill some of your best ideas.

Now, I’m not saying you should plagiarize other people’s art. What I’m saying is, there’s a big difference between taking someone else’s complete work and saying you created it, and being inspired by other people’s works and synthesizing some of their ideas into your own work. (Which most of the time we do unintentionally.) Especially when you’re a beginner, it can be easy to get caught up worrying that what you’re creating is too similar to something or someone or this that or the other, and it does not matter. Even the most “successful” artists borrow from each other all the time. I mean, if we’re all drawing from the same collective unconscious, and we’re all consuming more or less the same basic existential reality, there’s bound to be some overlap in the things we come up with, right?

One of the phenomenons that happens with songwriting, and I’m sure it happens in different ways with other mediums as well, is that when you write a new melody, you are immediately struck with the sensation that you’ve heard it somewhere before…it just sounds so familiar. You feel certain you must have ripped the entire melody off of some song that you were listening to, maybe the other day, maybe a long time ago…but you just can’t place which. (I’m sure we could think of loads of fascinating metaphysical explanations for why this happens, but we’ll save that for another day.) As you gain experience, you will become desensitized to that feeling and it will no longer faze you, but when you’re just starting out, it might drive you crazy. So all I’m saying is, prepare yourself to feel that sensation, know that it’s normal, and try not to let it psych you out.

Also, if you haven’t yet “found” your own unique style, or you’re just looking to switch it up, it could actually be really helpful to intentionally try to replicate other artists’ work. If you continue experimenting with other people’s styles, your own will eventually start to be affected, or pop up and make itself known. Maybe you don’t feel ready to write an original song yet, and you want to start with a cover. That’s fine, you’re still being creative — work on making that cover unique: change the tempo; change the dynamic; change the mood; change the instrument; heck, you can even change some of the lyrics. Maybe you want to draw a dinosaur but you don’t feel like you know how to draw a dinosaur by heart, so you google “dinosaur drawing” and you work on copying one of the images you find. Keep drawing and watch your dinosaurs evolve.

9. There’s nothing wrong with being repetitive.

There’s a difference in meaning between the words “repetitive” and “repetitious.” Repetitive means it repeats over and over; it’s not a quality judgement. Repetitious means it repeats over and over such that it becomes redundant or bothersome. There’s no such thing as repetitiousness in creativity. Some of nature’s finest inventions, like sunsets, or sex, or snowflakes, are repetitive. (But just like the things we create, they’re never really the same each time.) Some of my very favorite musical artists fall into the “all their songs sound the same” category. (Also, have you ever listened to top 40 radio? I mean, come on.) You are free to continue to employ the same resources time and time again — if they work, they work. If you keep coming back to the same idea, the same technique, the same tool — trust that there’s a reason for that. If that’s what’s coming out, then that’s what needs to come out. Remember Picasso’s blue period? If you fight against it you may just end up hampering your own creativity.

10. Limitations are your best friend.

Whether it’s time, materials, or your own skill level, limitations almost always, if not always, have a positive effect on creativity. Having only five minutes to create something can be a much more liberating experience than having five hours. Using a leaf instead of a paintbrush will allow you to think about the marks you’re making in a new way. Writing a poem in your third language that you haven’t yet mastered is sure to make you think outside of the box. It annoys me when people talk down about poetry or lyrics that rhyme, as though not rhyming were somehow more cool or hip. What I love about rhyming is that it gives you a limitation, and you may end up using a word that you never would have chosen had you not been seeking a rhyme, thereby expressing what you wanted to say in a more interesting or unusual way. If you’re serious about getting creative — create limitations for yourself and work within them. Always draw with your right hand? Try drawing with your left. Try drawing with your eyes closed. Think you can’t write a song with just one chord? Try it. So the only material you have is a rock? How many dance moves can that rock do? Write a poem using only one-syllable words. Taking requests can also be a great approach.

Also, being a beginner at something can be hugely advantageous when it comes to getting creative. People who have spent years studying “theory” and learning “proper technique” are at a much higher risk of falling into the trap of feeling that things have to be done a certain way, or that certain ideas or approaches aren’t as valid as others. Feeling like you shouldn’t try something because you can’t do it “the right way” is a pitfall that will keep you from exploring the vastness of your own creativity. There is no right way to be creative.

11. Perfectionism is your enemy.

This is a biggie, and something I struggle with every damn day (including right now). I don’t know that there’s any way to fully overcome the curse that is perfectionism, but some of the best tools I’ve found for managing it involve playing elaborate tricks on your brain. The most powerful weapon you have against perfectionism tightening its grip on you, is learning to recognize the behaviors you have that are motivated by it. The quicker you can recognize that you’re falling into a perfectionism loop, the easier it will be to stop, take a time out, have a little talk with yourself, and pull some strings in your brain. Then use your will power to do things that will feel like the mental/emotional equivalent of nails on a chalk board. Like for example, part one of this list had six items, but part two only has five. But I’m going to stop here.