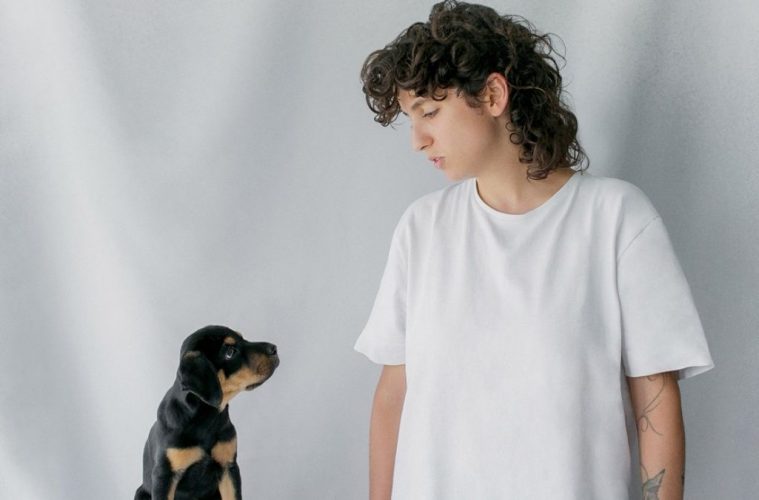 So. What’s new in your life?

We realize things are looking a little grim right now, and if you’re anything like us, you’re an anxiety-ridden mess of emotions that’s struggling with feelings of isolation and extreme pessimism (and also hopefully staying indoors). But remember, we’re all in this together, and here at La La Lista we’ve been doing our best to post resources and recommendations to get us through this weirdness (click here to check them out).

And there’s one thing that’s still true, and has been true since back before this stupid pandemic thing threw everyone’s life into disarray: music is one of the most healing artforms there is. As scary and weird as things are, there is still a lot of great music being made, and so we remain committed to showcasing our favorites on this monthly column. So here are some of our favorite local releases from the month of March.

Remember, we do this every month, so click here if you want to check out our past selections. You really should, because they’re really good.

“No hay mucho más que hacer, bailar el lado B.” Released on March 20th (i.e. the first day of mandatory quarantine in Argentina), the latest single from indie pop duo Ainda couldn’t have been composed with our current context in mind. But luckily for us and our ever-increasing anxiety levels, the sweet resignation of its lyrics is accompanied by soothing 80s synths and an infinitely singable arrangement — the kind of thing one can sweep-dance across the kitchen floor to for the 7th time in 2 days. We’re ready to surrender.

Blanco Teta, the violent and fervorous fourtet made up by Violeta Garcia, Carola Zelaschi, Carlos Quebrada, and Josefina Barreix is as trasgressive as their choice of moniker. After some teaser tracks during the last half of 2019, Blanco Teta deliver a mean and dirty set tracks on Incendiada, their fast and blistering sophomore record.  “Yanina,“ one of the deep cuts on said record, features sluggish and unpredictable drum sections coupled with hellish violoncello stabs and creaks. The attention to detail in this track is remarkable; clocking in at a duration of merely one minute and fifty one seconds, you are subjected to distant demonic and guttural vocal overdubs, glitchy alarm-like abrasive noise loops, and anxiety-inducing glissandos right out of a horror movie. You should check this and all the tracks off Incendiada; just make sure to listen to it with the lights on, to keep the demons away.

Gativideo names themselves after a legendary producer of VHS tapes that was all the rage back in the 1990s. Their aesthetic is similarly derived from the nostalgia of washed-out, worn-down VHS tapes, with a fun and funky pop sound that seems plucked straight out of a different era. Their new single “El Baile de Elvis,” a cover of the Ligas Menores tune, continues their mission of putting fun and tunefulness above just about everything else, with a smoother-than-smooth bassline pulling the synthy, wah-wah heavy tune along. A great example of a good cover, reinventing the original while retaining its charms.

The latest Goza Records compilation Mala Reputación: Latfem Presenta una Memoria Feminista en Canción produced by Barbie Recanati features a number of artists who played on our favorite albums of last year. But it’s Jazmin Esquivel’s melancholic “Encrucijada” that brings us the rock ballad we all need in this time of heavy-hand washing. A daunting cry against hiding your true self, there’s a darkness to the song echoed by the steady dialogue between bassist (Lucila Pivetta) and drummer (Melanie Williams). It’s in the guitar (Chipi Rud) that moves freely around the two that we are reminded of the lack of freedom so many marginalized groups have to present themselves in the world just as they are.

Clocking in at a concise 19 minutes (none of the songs goes over the three-minute mark), Telescopios’ self-titled third LP is a breath of fresh air in these convoluted times we’re living in. Known for being obsessive audiophiles, the Cordoba natives seem to have abandoned the glossy sounds that dominated their sophomore effort, the dystopian Doble de Riesgo, in favor of more stripped-down, almost club-friendly sounds. “Te Están Pasando,” the second track off of Telescopios, sets the tone for the rest of the album with an infectious syncopated beat, funky staccato guitars, and sparse synth work that gives the vocals enough space to shine in the mix. The band sticks with this minimalist approach throughout the entire record, rarely foraying outside of their limited sound palette. This exercise in restraint finally pays off for the four-piece, which sounds reinvigorated and leaner than ever, ready to conquer the world, one dancefloor at a time.

Barbi Recanati is an immensely talented singer and songwriter who first became known to the public as the lead singer of Utopians, later kickstarting a solo career that has been just as much about releasing her own music as it has been about signal-boosting other projects. Her label Goza Records has been consistently putting out excellent work (and feature three songs on our column this month!), and her defiant power-pop stylings made her an instant favorite of ours. It’s no surprise that her new album Ubicación en Tiempo Real immediately resonated with us, and particularly the stunning track “Los Días Que No Estás”. A collaboration with Paula Trama from Los Besos (whose work we’re also big fans of!) that’s a devastating depiction of loss, with sharp guitar leads stabbing through the fog of dreamy depression that the song conjures up. Beautiful stuff.

PLEIN return in 2020 with their newest EP Las Palabras, released through Dulce Limon records; a piece of self-produced bedroom indie with a minimalist approach to pop structures and the charm of a MIDI backline providing a playful finish to this new release. The standout from this collection is “Ciencia Ficción,” a colourful track which tips the proverbial hat towards 50-60s lounge jazz, coming as a welcome surprise in comparison to the rest of this EP which is more rooted in indie pop. The brush sticking percussion compliments the gliding piano riffs which sit behind the crawling fingerpicking from the guitar, each part molding into smooth transitions with the vocals providing their own rhythmic cadence to the song. There is an innocent, childlike mood running through this bouncy little track, and we’re all for it.

“Mandioca,” a lovely little single released on March 25th by Pomelo Rosado guitarist Joaquin Lombardo, features four minutes of guitar, trumpet, and bass arrangement to soothe your soul. A little slice of simpler times, it conjures up imagery of attending a late-night gathering on a small family farm, walking arm in arm with a loved one on the banks of a calm river on a sunny day, or sitting down with a good book in front of the fireplace on a cool autumn evening. Do your anxious mind a favor, take four minutes to sit with your eyes closed and immerse yourself in the tiny peaceful world of the mandioca.