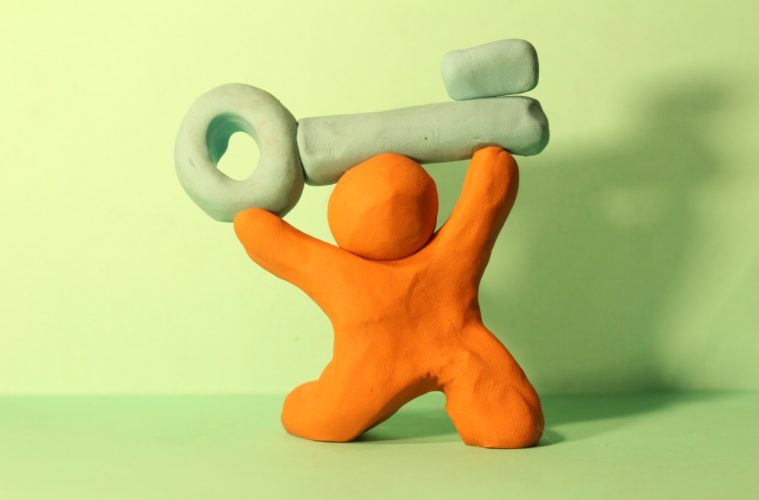 Hone your Creativity at the End of the World (Pt. 1)

It’s 2020 and the world is in quarantine. Live music is now obsolete (I predicted this in 2018), and therefore, your weekly live music column is now obsolete. What to publish?

When our editors asked me last-minute to write a piece on tips for tapping into your creativity during the quarantine times, it was one of the few times in my life when I haven’t felt even a drop of imposter syndrome. I’m 100% qualified to write about this (I’ll tell you why in a second). And while I suspect that their main goal in giving me this assignment was to redirect me from potentially going into detail about one of the gazillion possible wacky virus conspiracy theories I’ve been entertaining over the last few weeks (which would probably be totally off-brand for this magazine), I’ve got to hand it to them — it worked! And it really helped me get my mind off things.

So, whether you believe everything is as they say it is on the news, or you think that just maybe this whole thing is a front for a global paradigm shift operation in which Bill Gates will have us all microchipped and uploaded into a newly updated operating system by the end of this year, or that aliens are invading, or that the virus is actually transmitted through 5G data networks, or that the Illuminati is consolidating their power by resetting the economy and moving us to a single-currency cashless digital streaming society in which all exchange operations and social interactions can be centrally monitored and analyzed (by robots, of course), or that, well — I could go on all day but I won’t — one thing’s certain: the world as we know it is ending. It’s time to get creative.

So, why am I qualified to write about this? Allow me to use a tacky analogy about running. Some people enjoy a jog around the block from time to time; others train for marathons. In the world of creatives, I belong to the latter category. So, maybe you’ve only ever run 5Ks and you’re ready to take it up a notch; maybe you’ve just finished your first half-marathon; or maybe you’re another marathon trainer like me and want to hear from someone with an equally broad wealth of experience that may be drastically different from your own. Maybe you ran marathons in the past, but it’s been years since you’ve broke out those running shoes. These tips are for you.

What is creativity? What does it mean to be creative? Is it a personality trait? A lifestyle choice? A talent? A skill? A religion? Magic? An occupation? A consolation? Some might think that it’s something only some people are born with, but I think the vast majority of people are born with about the same capacity for creativity. (Returning to my running analogy: any able-bodied person can learn to run.) (And of course, you’ve got to learn to walk first.) Even given the possibility that you were to be born with somewhat of a “propensity” for being creative, that’s just a tiny part of it. You have to nurture it, you have to fight for it, you have to give it space to develop. (Like a runner has to work constantly at staying in shape.) If you were fortunate like me, you were born into a family that fanned the flame of your creativity, but maybe you were raised by people and circumstances that constantly tried to extinguish it, and maybe succeeded. And that sucks, and I’m so sorry — but it’s not an unscalable obstacle. You’ve still got the power within you to reignite it.

You’ll find that most if not all of the tips in this series fall into the category of “easier said than done.” These aren’t things that you can just snap your fingers and “do,” but rather, ideas to keep in mind. Things to work towards. And they aren’t skills that you simply “unlock” and never have to worry about them being locked again. Oh no, it’s a constant battle.

Creativity is alchemy; the transmutation of matter. Making what exists in the mind and spirit realm exist in the physical world. And in a globalized dystopian post-apocalyptical world where data is power, tapping into your own unique supply of data (your imagi-nation) and using it to fuel your own unique creations and process of self-discovery, personal growth, and self-actualization — is radical and subversive. Join the resistance.

(Yes, I entertain cosmic conspiracy theories, too — I like them much better.) Here’s your first 6 tips, in no particular order:

Or, the advanced version: get over thinking that “bad art” is even a thing. When it comes to creativity, the only bad art is art that never gets created. Anyone who thinks your art is bad (including and especially you!) just doesn’t get it, “it” being either that specific work of art, or art in general. The idea of honing your creativity is not to “make good art,” but rather, get good at making art.

Why do you care so much about your art being good, anyway? Because you’re caught up in your ego. If you’re able to take your self-esteem out of the equation, that will set you free. Here’s an example, I got a divine wind of inspiration and suddenly started drawing portraits a few weeks ago. I wanted to draw everyone around me, I didn’t want to stop. My drawings, which started out as nonsensical piles of lines and loop-de-loops, started looking more and more like people. “Wow,” I thought, “I’m good at this.” Famous last words! Ever since I got it in my head that I’m “good” at drawing, I got caught up in the ego, and my creativity took a nosedive. Now I’m having a hard time enjoying drawing like before because with every stroke I worry that the drawing won’t turn out “good.” I’m working on it. You can too.

Wait. Isn’t this like, literally the opposite of the last tip? Yes. (Tip number three and a half: accept truth in contradictions.) When you wake up to find that last week’s “I’m shit” mentality has shifted to “I’m the shit,” run with it. When you’re feeling good about yourself, allow yourself to indulge in that feeling. Allow it to nourish your sense of creativity, allow your sense of self-esteem to seep into your creation. There’s nothing to be ashamed of. You deserve to feel good about yourself. You are the shit. And you know, that high self-esteem won’t last forever, so cherish it, and immortalize it in your creation. On a side note, here’s a meme that I 110% identify with:

4. Be compassionate with yourself when you don’t deliver.

Didn’t muster together the motivation? Didn’t find the time? Just didn’t feel like it? Not every day is a creative day. (Keep reading for tips on how to be creative on Non-Creative Days.) Beating yourself up over not being able to produce something, or something not turning out how you want it to, will only make it worse. This is one of the hardest ones for me. Because I have grown so partial to the benefits of creativity, and I consider being creative such an important part of my identity (another example of getting caught up in the ego), sometimes I put a lot of pressure on myself to create. Being driven is a good thing, but the flip side of pushing yourself really hard, is that it can lead to resentment when you don’t live up to the expectations you set for yourself. Be careful with that.

5. You’re not too depressed to be creative.

I know what crippling anxiety and depression feel like. I know what executive dysfunction feels like. Doing something creative, when mental illness has you struggling to do basic things like getting out of bed or brushing your teeth once a day, can feel impossible. Get a paper and a marker, draw a smiley face, a circle, or just even a dot. Call it art. Yay! Look at you! You made art. It may take you ALL DAY. If you don’t happen to have a paper and marker within a few feet of your bed, it may take ALL WEEK. (People who’ve never experienced executive dysfunction disorder will not understand this.) You can do this. Grab the guitar. Play one note, or one chord. Mumble one word to go with it. Or even just a syllable, like “meh” or “ugh.” Call it a song. Yay! Look at you. You made a song. You’ll probably feel just as shitty afterwards as you did before, but something happened. A tiny bit of alchemy can go a long way, even if you don’t feel the effects. Tomorrow, try to push yourself to go just a tiny bit further.

6. Silence the voice(s) in your head.

And if you can’t silence them, try yelling at them (in your head) (or out loud, I won’t judge) to SHUT THE FUCK UP. Start paying attention to what’s being said up there when you are trying to create. Is it conducive to creativity? If your mind is saying any iteration of “no, that’s not a good idea,” tell it to shut the fuck up. Or try to reason with it. Why? Why is it not a good idea, huh? Maybe it will tell you “it’s too ____” or “it’s not ____ enough.” These phrases are enemies of creativity. Shut the fuck up!

Click on these links to read part two and part three of this series!