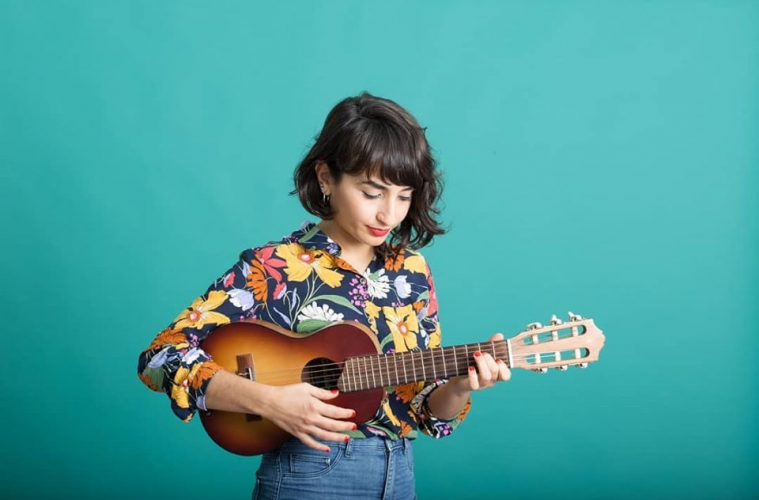 In the Midst of Pandemic, Vivo en Casa Brings Live Music Into Our Homes

Things are crazy out there. Or rather, they’re not — it actually seems like the world has come to a complete standstill as government leaders and health experts have advised the general populace to take shelter in our homes in hopes of slowing the spread of the COVID-19 pandemic. This is not a sentence I imagined myself writing three and a half months into 2020, but the world is effectively on lockdown, and things are getting increasingly weird.

The situation is especially dire for those without a steady source of income, which includes a huge amount of musicians. Understandably, gigs are being canceled left and right, and a lot of the people whose finances were already in a somewhat precarious balance due to the problems inherent in making music for a living have had their lives thrown into complete disarray. People in the service industry, whose livelihoods are largely contingent on people being able to walk into their establishments, are also suffering greatly (our resident food writer Kevin wrote a piece on how we can band together to help them out). It’s a scary and uncertain time.

Human beings are nothing if not ingenious, however, and some have started finding ways to make the most out of this terrible situation. Livestreamed concerts are popping up all over social media, some by huge artists (John Legend, Chris Martin) and others by smaller acts (such as Spain’s Cuarentena Fest, which features an array of indie musicians playing live sets). And Buenos Aires, a city renowned for its vibrant music scene, is no exception.

Since 2012, Elefante en la Habitación! has established itself as one of the leading labels in the world of independent music. With an impressive roster of artists spanning a wide variety of genres, they’ve been involved in the development and distribution of up-and-coming artists as well as renowned musicians with long and tenured histories. They’ve released some of the best albums from the last decade, many of which have ended up in our own year-end lists of favorites.

In light of all this darkness, EH has found a way to bring some joy to listeners’ quarantine experience by starting a new daily concert series titled Vivo en Casa. Every night at 8 PM, a new musician from the Elefante en la Habitación! label takes control of the label’s Instagram account to start a new live stream. From their homes, they play brief sets as fans watch and interact from the confines of their own social distancing. Each show is then uploaded for future viewing on the label’s IGTV channel.

“We’re always thinking of different ideas to provide visibility to artists, and also to show the diversity in our label,” says label director Nahuel Carfi. “We work in the world of contemporary song, which encompasses various genres, various universes, so we’re always trying to show that. The current situation surrounding the Coronavirus and the voluntary and obligatory quarantines served as the catalyst for us to host this series of brief streaming shows. This situation is affecting everybody. We wanted this to be a new way to enable the encounter between musicians and fans.”

These home shows are set up by the artists themselves without any technicians or engineers so as to abide by the recommendations by health associations and keep physical proximity to a minimum. “We thought about doing something more technically produced, but we thought this was the best course of action given the current situation.”

For now, the series is set to go on for two weeks and include transmissions by artists such as Delfín, María Pien, Maca Mona Mu, and more. “We want to see what kind of response this generates from the audience,” says Carfi. “Hopefully we can keep it going for longer.” Currently, it’s only Elefante en la Habitación! artists who are participating in this series, but the label hopes to extend it to include other artists as well.

The fact that this is becoming so much more of a trend opens up questions about the futre of live music, and whether this is a viable option in a post-COVID world. “This idea came about due to the necessity to rethink the spaces we share,” says Elefante en la Habitación press director Alelí Alegría Cuba. “We had to do this so as to not lose the proximity, the exchange, the interaction, listening to each other, and communicating. We thought it was important and vital to open the doors to artists’ homes to share this message of unity in song form, to be closer to the fans who are also in their own homes. We thought of it as a point of contact that was imperative to keep alive. Because each of us is living this unprecedented experience, we’ve never lived anything like this. And that isolation, that self-isolation, we wanted to go through it together.”

Carfi adds: “We also wanted to inject some good vibes into people’s lives right now. A lot of people are working from home, taking care of the kids, dealing with their everyday lives. This daily appointment through art is a way to share in this experience together.”

“Being isolated at home doesn’t mean we have to pause our lives,” says Cuba. ”Everything doesn’t have to just completely stop. We are in our homes, yes,  but everybody is feeling an enormous amount. We are all feeling this. And that is an important thing to transmit and to communicate.”

Elefante en la Habitación’s Vivo en Casa series happens daily at 8 PM. You can check it out by following the label’s Instagram account.