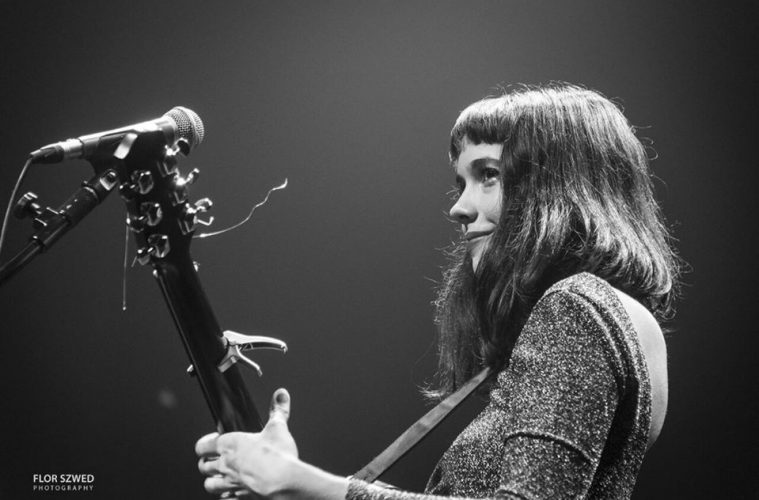 I must say that, as a man, writing an agenda during such an important week for women in Argentina and all over the world is a daunting task. Firstly because we’ve all heard about those so-called aliados whose “contributions” to the cause of gender inequality are often thinly veiled attempts at getting laid. Secondly, because what I’ve learned throughout these years as a cisgender male is that one should take a step back and understand one’s role in this ongoing fight against those injustices. So I’ll just take this opportunity to encourage other men to exercise empathy and actively try to make the playing field as fair as possible. Anyway, that’s my two cents. Here are some of the events we’ve got this week!

With three albums released and presenting the fourth one, Manu Hattom has been around for quite some time. Starting in 2013 with his first solo effort and then progressively releasing more and more material. With and upbeat spirit and catchy tunes, Manu brings some interesting indie-pop songs to the indie scene. Take Verano as an example and you’ll catch our drift. If you’re into the idea of shaking your bum to bid this summer farewell, Manu will be playing at La Tangente and you can get your tickets here!

Often times, here at La La Lista, we like to showcase some smaller acts that might fly under most people’s radars. Normally, these solo artists prefer to play acoustic and intimate sets. This time we’ve got you exactly that: three artists who will move you with just their acoustic guitars and voices. Nuria Dutt with her soft and beckoning voice, Melina Sol and her tango-esque vocal runs and Agustin Chumbel who’ll be playing some of his own songs as well as some cover versions of classic tunes. You can catch them at Vuela el Pez this Thursday!

Upon releasing her album Cayo El Valiente, Mariana Michi has been unrelenting in her endeavors. She won La Bienal last year, has been successfully selling out shows with her side-project Miau Trio and she’s even worked with Nahuel Briones as a guitarist and singer. So there’s plenty of reasons for you to check out what this incredibly prolific artist has been doing. Check the video we’ve embedded to hear one of the many hits she’s written. She’ll be playing with her full band at La Tangente and the tickets are flying! So get them here before it’s too late!

Carolina Donati for Free at Camping

After showing up in multiple iterations of The Setlist and even in our monthly music roundups, Carolina Donati is one of those artists that elegantly flirts with the mellow aspects of indie-pop music while adding a little bit of an edge to her sound. Her latest album is a testament to that and if you’d like to hear what she’s all about then there’s no better chance than seeing her at Camping for ZERO pesos. It’s nor very often we get these chances with the current economic landscape so we strongly encourage you to be there, birrita in hand!

There’s really not much we could say about Penny Peligro that we haven’t said before. Her indie-pop/folk sensibilities are a breath of fresh air in an almost male-dominated scene and her soothing ballads add a rather touching effect to her music. This time, she’ll be joined by another up and coming artist called Antolin, whose EP Cajas De Cereales Abiertas Sin Premio sounds like an ode to disillusion with lots of curiously picked instrumentation. Both Penny and Antolin will be playing at Vuela El Pez this Saturday. Make sure not to miss it!

When I stumbled upon this event to share with you guys I just couldn’t believe that these two GIANTS would collide in the same fecha! First, we’ve got Les Presentes with their prog-rock-influenced songs and then there’s Mugre who bring all that bratty garage rock energy you all know and love. These pibas will surely rock your socks off and you’ll be delighted to see that they are keeping the flame of guitar-oriented music alive and well. They’ll be playing at Ladran Sancho and you better be there!

For the first time ever, La La Lista and super cool instagram account Bar de Viejes are teaming up with Servicio de Lunch, the new project from our food writer and favorite chef Kevin Vaughn to throw the very first #BarAbierto. The event, which seeks to revitalize the old bar-cafes that have fallen by the wayside in recent years, will have live music courtesy of Paula Trauma of the Besos, a delicious selection of reimagined bar fare, and some pretty dope Cinzano promos. Best of all? It’s FREE! See you there.

A perfect sunset with the Bourbon Sweethearts at La Confiteria

The Bourbon Sweethearts make music which sounds fresh and new, even though it’s music which was pop music…a hundred years ago! They perfume the session with their fine, powerful, determined voices. They surprise us with their very original instrumentation. They invite us to travel through swing, calypso, blues and jazz sounds, between classic songs, and original compositions. They’ll be treating y’all to some tunes this Sunday at La Confiteria! Tickets, here!