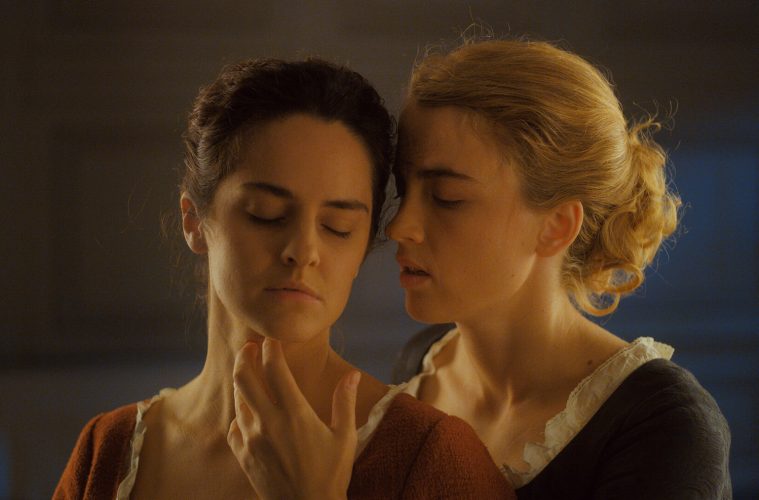 “Moviemaking is so male-dominated now that they think they’re being pro-feminine when they have women punching each other out.” – Pauline Kael

With this quote by the greatest film critic in the entire history of the medium (who also happens to be a woman), we kick off this month’s installment of Off the Marquee, your one-stop shop for all the interesting and noteworthy film screenings happening all over town.

As you may have guessed, this is a special installment of OTM as we honor International Women’s Month by focusing on the work of female filmmakers. As much progress as we’ve made in the arts in general, film is an artform that is still overwhelmingly male dominated; it seems only right to highlight the work of women in this field so as to increase their visibility and potentially inspire a new generation of female filmmakers to change the current artistic landscape for the better.

Without further ado, here are our selections for the month of March.

We kick things off with this special screening of The Fits, a critically acclaimed film by director Anna Rose Holmer. A gripping drama about an eleven-year-old tomboy who practices boxing with her brother. She discovers a girls’ dance troupe practicing next door and attempts to fit in with them. This is all thrown into disarray when the girls from the dance troupe start experiencing violent and inexplicable epileptic seizures. It’s a tense, gripping, beautifully shot coming-of-age story from a first-time director that lives up to all the hype it generated when it hit the festival circuit.
Screening details

If you’re looking for something to do today (that is, Monday March 9th), the Alianza Francesa de Buenos Aires is hosting two free screenings in commemoration of International Women’s Day. They’ll be screening Rafiki at 6 PM, a beautiful Kenyan drama by director Wanuri Kahiu. The film is about young girls wrestling with their sexuality in a deeply oppressive society. Then at 8 PM, the Argentine film Niña Mamá by director Andrea Testa, a film that uses various doctors’ offices at a public hospital as the setting for various dialogues exploring motherhood, reproductive rights, and trauma. Before each film, there will be a special screening of an episode of the series Culottées, based on the comics by French author Penélope Bagieu.
Screening details

Lazzaro Felice, My Life Without Me, The Beguiled

The Pizza Birra y Cine series hosted by Gitana Cine at Despierta Espacio continues with a month-long focus on female filmmakers. Next up, Alice Rohrwacher’s thematically rich Lazzaro Felice, Isabel Coixet’s gorgeous and contemplative My Life Without Me, and Sofia Coppola’s Southern Gothic masterpiece The Beguiled. Screenings happen each Tuesday of the month!
Screening details

Francophiles rejoice, as a new installment of the French film festival Les Avant Premieres is rolling into town. From March 19th to the 25th, the Cinemark Palermo movie theater will be hosting a carefully curated selection of French films of recent vintage, including the work of several female filmmakers including Céline Sciamma (whose award-winning drama Portrait of a Lady on Fire has been making waves with audiences), Justine Triet (director of the tense psychological drama Sybil), Manèle Labidi Labbé (who made the charming comedy Arab Blues) and Marie-Sophie Chambon (whose coming-of-age dramedy 100 kilos d’étoiles has been capturing hearts all over the world).
Screening details

Rohena Gera’s Sir is a powerful Indian romance drama that takes a well-trodden story (a live-in maid and her employer develop feelings for each other and wrestle with societal perceptions of their forbidden love) and applies a new view to it, examining the Indian class system, grief, the nature of romantic longing, and power dynamics. A wonderful film that takes an eye roll-worthy premise and turns it into something fresh and invigorating.
Screening details

We’ve used this column to recommend the dense, tense, and intense Argentine film The Sleepwalkers several times. We even named it as one of our top Argentine films of last year. So we’ll give it a rest. But not before we point out that Paula Hernández’s masterpiece is screening for free at Centro Cultural Conti on Saturday March 28th; if you haven’t gotten around to watching this wonderful film, now’s your chance.
Screening details

And finally for this month, we break our own rule by recommending a film that wasn’t made by a female filmmaker but still feels fitting for our theme. El Sexo Fuerte by Emilio Gómez Muriel is a long-lost, not-often-talked-about gem of Mexican surrealism and absurdity from the mid-1940s. It follows a couple of cast-aways as they find themselves in a strange new land, one where conventional gender norms are reversed and women are the ones in charge of every key role of government and society. What’s posed as a wacky concept actually leads to exploring some interesting questions about gender, society, and the capriciousness of man. It’s also just a mindless good time, and a nice opportunity to wonder, “what if?”
Screening details