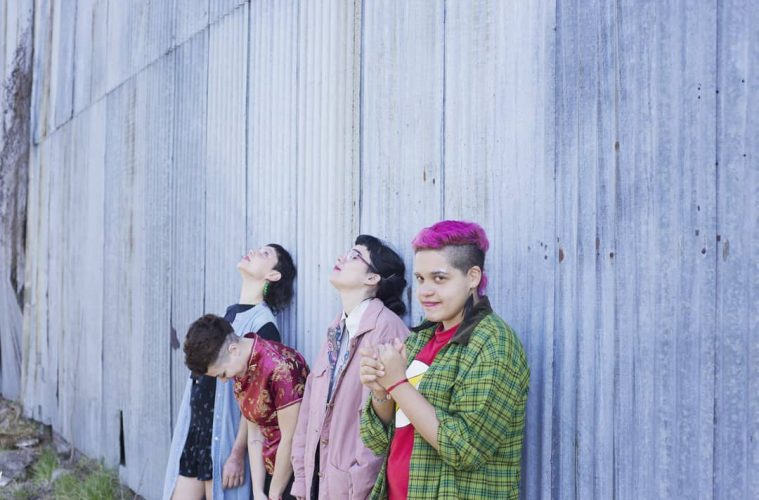 In keeping with the theme of the intro from my last column, did y’all hear about what happened to Les Presentes at Ciudad Evita last Friday? The sound guy ignored the band’s reports of electrical issues onstage, and even after an ambulance had to be called for one of the musicians who received a sustained electrical shock from her guitar, didn’t call off the show due to the obvious danger posed. And the saddest part is, what should be shocking (haha look at me not being able to resist slipping in a joke when talking about something very grave) news is not at all. This kind of negligence is all too common. As musicians and music lovers, we can stand up against this by refusing to patronize or play at places that do not respect the safety and well-being of artists, and simply not tolerating this negligence. Also, if you are at a show where another band has been mistreated or neglected by the venue, instead of washing your hands of the situation because it hasn’t directly affected you, support and stand in solidarity with that band. Also, go out and show your support for Les Presentes at Matienzo this Thursday! *Steps off soap box* Now, here’s our recommendations for live music this week!

Simbiosis came into existence in 2009 in Bahía Blanca, and in 2015 moved together to La Plata, where they are based today. The band consists of five members, and they consider the music they make a sort of simbiosis between these five, hence the name of the band. They don’t like to pigeonhole themselves in a specific genre, and instead navigate the waters between funk, progressive pop-rock, and indie platense. Eclectic psychedelic dream pop band Saturno TV is breaking their silence after two years without a live show! This event will be accompanying the release of their music video for the song “Nectarín,” which won an award for Best Music Video at the Festigious festival in Los Angeles. Come out to La Tangente this Wednesday to catch these two bands in action.

Les Presentes formed at the end of 2017 out of desire to share music among amigas. Their compositions fuse different styles and they try to create multiple spaces within each song. They are currently working on their first EP which will be ready very very soon. Daiana Leonelli is a young singer songwriter who composes original songs that observe and analyze daily life and ideas. Her latest release was the album Porque lo digo yo, which came with a music video for the whole album (yeah, so basically like Beyonce’s Lemonade or Janelle Monae’s Dirty Computer). El Maura is a musician with influences from funk, pop-rock, electronic, and latin rhythms. The format of their live performance varies a lot from show to show, so you never know what you’re gonna get. All three projects will be performing this Thursday at Club Cultural Matienzo.

For the 21st edition of the Anomalía ciclo, the math rock record label has enlisted the live music prowess of three outstanding musical acts. One of them, Fin del Mundo, rehearses at Melotron Sala, where I live! I never get tired of hearing the sweet soothing riffs of this killer all-girl band, and I’ll be at Roseti this Friday cheering them on. The other acts are Archipiélagos, well-known within the math rock scene for their award-winning self-titled debut album, and post-rock/math-rock group Losa Radiante, who released a really awesome EP 5 months ago.

Two friends and singer-songwriters, Ana Clara Moltoni and Ivana Berenstein will be playing this Friday at Congo. They will both be bringing original repertoires, that from the lyrics to the musicianship, encompass a wide variety of styles. Ana will be playing acoustic guitar and singing, accompanied by Luciano Peralta on the bass and backup vocals, Sebastián Briganti on drums, Juan Pola on electric guitar, and Gabo Illanes on keys, and they will present songs from her 2019 album Sombra Brújula. Ivana will be playing solo, with a few invited guests, playing songs from her 2019 album Flores Nuevas. Here is a handy dandy link for tickets.

Back to School with Gente Conversando

After releasing their Colmena live session, Gente Conversando is kicking off the school year in their home sweet home, Roseti. I recommend you go ahead and get your advance ticket, you can do so by messaging the band on Facebook. Each ticket will be unique and hand crafted, and knowing Gente Conversando, probably somewhat bizarre. The opening act for the show will be original poetry read by Nicolás Domínguez Bedini. If you can’t make it out this Friday, don’t worry. It’s all happening again next Friday!

Yo No Soy Yoko

This Saturday, the compilation disc Yo no soy Yoko, released on casette recently by the Californian record label Calar Music, will be presented live at Casa Colombo. The compilation features “a collection of tracks from our past, present, and future albums,” and it’s the first compilation of this kind to be released by Calar, which has brought together an impressively eclectic mix of three generations of musicians, and has reference the Argentinian scene of the past three decades. Artists featured on the album include Liza, Dios, Fernando Floxon, DHD, Cuzcos, Ácido Canario, LOVVER SELF, MUJERCITAS TERROR, Tropico de cancer, Drogadictos, Black Pope Francis and others. Come out to the party to witness this music come to life!

Lucas Goicoechea (alto sax), Camila Nebbia (tenor sax), Matthew Golombisky (bass and compositions) and Omar Menéndez (drums) are coming together this coming Monday to present two live sets at El Club Bar. The first one Quila Quina Suite and the second, Lo que queramos. The two sets are the fruit of countless inspirations and limitations, the weaving together of colors from many journeys through nature’s elements, and the virtues of sound and instruments. The calm, the tension, the blue sky, the passing of time…all facets of these original works sprung forth from the mind of composer Matthew Golombisky.