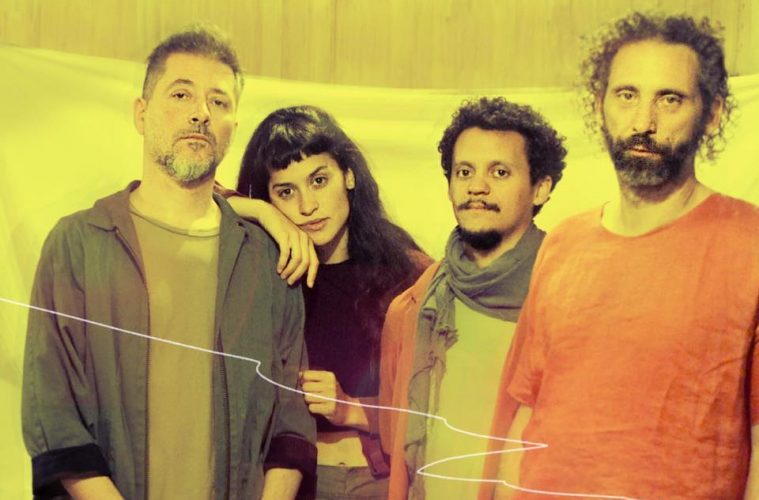 Welcome to another installment of La La Lista’s Monthly Music Roundup! This is where we take a look at our favorite recent releases, lay them all out for you in a nice little easily-scrollable link, and offer up a word salad to justify our choices!

We’re still kind of playing catch-up to the wealth of music awesomeness that was released in 2019, so there are a few tracks in here from the tail end of the year as well as from early 2020. We’ve got everything from punk to folk to indie rock and real out-there electronic stuff. So enjoy these offerings! Reading the word salad is optional!

Also, click here if you want to check out our selections from past months. You really should, because they’re really good.

DDM is a five piece rock outfit hailing from San Isidro who have been grinding the proverbial stone since 2017. They made a splash at this year’s San Isidro Te Escucha competition, taking the coveted title and scoring themselves some much-deserved studio time. The result is their single “Acá No Se Fuma,” a blistering track off their newly released album Anarkoplant. This track is a deceptive beast, leading you into a false sense of classic punk sensibilities with the jagged stabs that meet you at the beginning, only to be taken on a more varied journey with elements of math/post rock that propel it along and bring it to a close. This sets the foundation for what is a very tightly produced piece of abrasive album gold.

“Desordenar,” released this past December, is the latest single from another La Plata-bred cool chick band, Isla Mujeres. With chaotic sonic layers, this song takes you places. At first you’re sparkling into outer space, next you find yourself fighting off laser beams. About mid-song you’ll be shaking your head back and forth in the middle of a dance hall until the layered melodies over tambourine takes you home to the pop-indie goodness we’ve grown to expect from them.

Prisma is an electronic duo that hails from Mar del Plata and specializes in making music that takes you places. Combining elements of dubstep, synthwave, and the noisier end of the ambient spectrum, their new single “Exhortación” plants you smack dab in the middle of a cyberpunk-vaporwave wasteland, hands you a rusty old machete, and says “here, take this, look out for the rage-mutants. You’ll be fine.”

Coincidence is a funny thing. A friend of the magazine fell in love with a man who called her Jupiter. Their relationship was a toxic disaster of epic proportions, and somewhere near its inevitable end, she found herself choking back dread as a tin can of an elevator lifted her to the top of a Belgrano high-rise for a doctor’s appointment. As she approached the final floor, a single, visceral thought repeated in her mind: “this is how I die.” Beginning with the mantra “Casi muero en un ascensor,” we’d like to dedicate this track to her. It’s undeniable that Solo Juan’s second debut single skips along a lot of the same ground laid by good local bands before them. But with a little help of the charmingly halted lead vocals, and the loose and playful synth line, the band manages to keep things fresh enough to warrant repeated listens. We’ll be watching out for more from these villamarienses — we encourage you to do the same.

Churupaca are all about the melting-pot effect. The feeling of listening to their music is like having your brain pulled in several very different directions at the same time. Their most recent release, “Luna Nueva,” with its silky nighttime textures makes you feel at times like you’re listening to an after-hours chillwave recording, before reminding you through its instrumentation and rhythms that this is a band that has its roots in the Latin American folk tradition. Then elements of Balkan music start popping up, then maybe a touch of klezmer, and pretty soon you’re willing to accept genre as an utterly meaningless social construct.

After releasing many albums, and with many of its members participating in side projects such as Facu Tobogan and Los Subtitulos, one would think Tobogán Andaluz would lose their edge. This is certainly not the case. Take their fresh new single “Ciudatella Nacional” as a clear example: Banging drums and a blissfully melancholic riff open the song that already plays to the band’s strengths. An overdubbed acoustic guitar accompanies the tight and playful bass line that is accentuated by tasteful drum staccatos, not to mention the incredibly catchy refrain that surprisingly seems to have a little nod to Spinetta in its lyrics. It seems that Tobogan Andaluz may be preparing their new album, or perhaps this was just a one off single. Regardless of the road they’ve chosen, we’re eager to see the next stop.

In “Dream,” kindred spirits Poirot (a.k.a. Rodrigo Armando) and Tani tackle an old jazz-pop standard from the 40s, turning it into an eerie number that wouldn’t feel out of place in the Lynchian universe. The obvious Julee Cruise reference comes to mind, blending a quasi-nocturnal lounge vibe with more-reverb-than-vocals vocals and rich, atmospheric textures. The production is delightfully skeletal, mixing more traditional jazz instrumentation with the occasional organs and synths creaking away in the distance. Tani’s vocals seem to float above the song, icy and detached, as if in a séance inside a film noir, just a breeze on a warm summer night.

Anyi, a dream-pop musician from Mendoza, released her album Crucero Cristal at the end of last year. And the album really does feel like a journey of some sort. The song “Túnel” is especially evocative of its album title, evoking images of being taken along a long, dark tunnel, where more and more elements start coming hazily into view as new layers are introduced to the track, culminating in a surprisingly pleasing cacophony of sound. Big fans of this one.