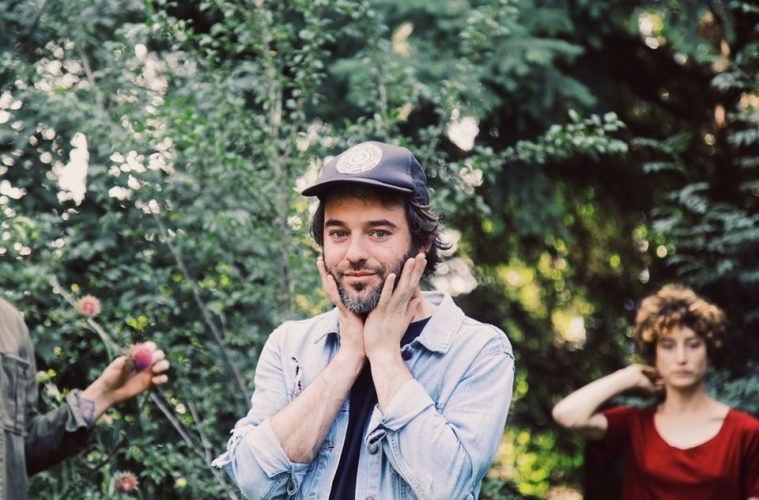 Remember how January was an endless parade of memes about it being a seemingly eternal month and yet here we are… the end of February is already upon us and it seems like this year will be flashing before our eyes before we even know it. Of course, that all depends on how much we expose ourselves to new and exciting experiences. This week is brimming with lots of genres and events so let’s get into the nitty gritty, huh?

Marton Marton, the solo project of Martin Villulla, wowed us with his debut album in 2017, and followed it up with the diverse and intriguing musical genre mishmash that is Viaje al Centro de la Periferia in 2019. Check it out above, and then head to La Tangente to catch Martin presenting his album along with opening acts Lea Franov (intimate pop musings) and Galean (atmospheric prog-rock) Tickets HERE.

If you’re in the mood for some hard rock-tinged acts, then this Thursday night show down at Liverpool Club is sure to scratch your itch. Originating in Capital Federal, Subconsciente, Causa Canibal and Nuevo Paradigma all converge at this beloved porteño venue to bring you a wide array of sounds, from the aforementioned hard rock to a new and reinvented version of Brit-rock, with a touch of indie thrown in for good measure. We’re all about variety here at La La Lista, so we highly recommend this gig! Swing by and tell us how it went.

Ibiza Pareo is a musical duo formed in 2014 by Ani Castoldi and Marina La Grasta in Buenos Aires, Argentina. Their selft titled debut of 10 songs delivers to the listener electronic pop that can transform the beach, the desert or the living room of a house into a dance floor. If you’re into bubblegum-bass lines and straight-up sensual and alluring pop tunes then make sure to head down to Camping for a completely FREE show.

Marina Fages and her band will perform again in Buenos Aires at a summer show, presenting a new video clip for Lo Mejor de Mi directed by Belen Asad. They’ll be `laying songs from her latest album, Epica & Fantastica along with some classics, mixing fantasy with reality with a heavy dose of pogo. Meanwhile, Bife makes songs that criticize all kinds of bigoted bullshit such as what and how love should be with the right amounts sympathy and acidity. Non-misogynist tangos, non-macho cumbias, anti-romantic pop, polyamorous chacareras, and non-straight boleros are just some of the licenses that this band takes to defy the current state of music. You can catch these bands at El Emergente! Tickets here!

If you’re a fan of reverb-heavy guitars, maelstroms of sound, and emotional crescendos that flourish into angular guitars and sporadic spikes of noise, then this fecha right here will be down your alley. With powerful soundscapes, El HombreAnormal will be sharing the stage with La Primera Especie who will bring some moving vocals into the mix. Finally, A Dos Dias de Febrero is going to bring their very best The Cure-ish vibes to the fray in a gig that will please both post-rock aficionados as well as alternative rock fans. The place is good ol’ La Casa Del Arbol.

Hailing from the neighborhood of Boedo, Bestia Bebe has been making waves for quite some time in the Argentinean indie scene and for good reason. With numerous albums, singles, and EPs under their belts, Bestia Bebe manage to mix traditional indie rock elements with krautrock and Brit-rock influences with relative ease. With an album about to drop in May, they will be turning up the heat at Niceto Club with a set to remember!  Tickets here!

Casa Brandon is famous for hosting a wide variety of artists every weekend and this is certainly not an exception. A night full of acoustic sets will be on the docket this time, with songwriter Rocio Iturralde from Miau Trio, Ignacia (prolific as ever) and Leandro Lacerna teaming up to help you shake off the Sunday blues with heartwarming songs both happy and melancholic. If this sounds like something you would enjoy (and frankly, why wouldn’t you?) then head down to our favorite LGBT+ joint!