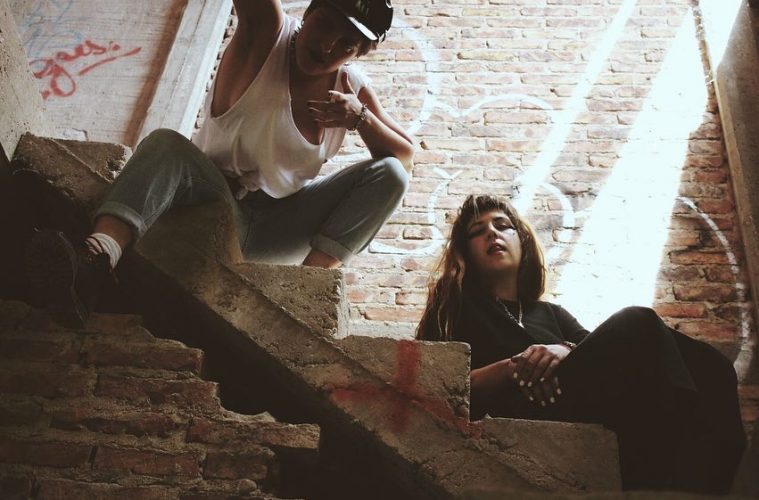 So, a pretty bizarre scenario went down at the show I played last weekend with Fanzine and Deportivo Alemán. I considered recounting the whole story here in the intro to this week’s agenda, but when I started typing it up it got really lengthy really quickly, so, maybe I’d do better to put that story in its own separate article. Long story short, often as musicians when we go out to play we are treated very poorly by the venues and production companies that profit off our hard work and talent, and it’s really sad and frustrating. Here at La La Lista we are all very passionate about doing what we can to make the scene a safer place for artists, so, a friendly tip-off to any local musicians reading this — don’t get involved in any show organized by this production company, who are running the music events at this bar. Now, to the agenda! Here’s our live music recommendations for this week:

ECAY is an indie-pop project in which the artist seeks to invoke sensations with songs that lend themselves to a relaxed dance climax. In this new phase, one year after the release of their first album, Margaritas, they are experimenting with more sonic-oriented ballads and funk songs with a more upbeat groove. LNF (Lisa Necesita Frenos) is a quintet from Parque Chas, they play songs the emerge from indecipherable funk jam sessions with pop airs and mind-opening lyrics. The two groups are playing tonight at El Quetzal.

After playing in music fairs (including NAMM, among others) and drumming clinics throughout the country, the duo formed by Tomy Sainz and Pablo González (two of the most outstanding Argentinian drummers of recent years) are putting on a show this Thursday at Morán. They will playing some original compositions and also improvising, bringing the duo format to the limit of possibilities. Opening the show is the young drummer, guitarist, and otherwise multifunctional artist Melanie Williams (of Melanie Williams y el Cabloide). The entry ticket is pay-what-you-can.

A simple, intimate, and magical night. Performers include Tani, with her honest and naive indie pop songs; Apolojeesus, visiting from Brooklyn, New York, and bringing dark and experimental electropop with her; and Dog Beach from Chicago, with a minimal and sensitive indie pop. Come out to support some dope musicians who are visiting from really far away! Casa Sofía awaits you with a bar full of love and delicious drinks.

The second edition of INFIERNO CLUB is here, just in time for Carnaval. The Porteño Contraclub is doing it big to celebrate the arrival of Rey Momo: dissident sound, Rioplatense murga, and four massacres worth of killer pagan performance, infernal poetry, and audiovisual experimentation. A new Carnaval for a hot city, we’re putting it all out there, and giving it our all. Balls to the wall. The line up includes live sets by Pommez Internacional and Stofuetodo, DJ sets by Morita Vargas and Montuno, visuals by Marsica, and your friendly neighborhood murga, Los Locos No se Ocultan. Click here to get tickets.

The summer edition of Ciclo Ariano is here and ready to ram it up this Saturday, early evening, at Casa Sofía. There will be an artists fair, live stick and poke tattooing, acoustic musicians playing on the patio, and tasty tasty vegan food. I went to the last edition and I’m telling you, it was good vibes all around. There were lots of happy people and artists and I won some art work in a raffle, it’s on my wall now. Apparently this time they are hosting double the amount of illustrators and artisans as last time! Feriadorxs include: Meme, Pri Duarte, Lumaral, Cossubi, Loup Garou, Nadia Ilustraciones, La Gata Lola, TERROME TERROME, and Hermana.ar. And the live music will be provided by Anabella, Teo Lif, Mermelada de Morcilla, Miluna, and Ari Mota.

This Saturday at Cultural Vivo marks the Pyramides‘ first presentation of 2020 in Capital Federal. And it will be in the company of two beautiful bands that we highly recommend you listen to, 2001 and Las Eras (blasts from the past!). Both are coming to the stage with fresh releases and music that will get you dancing. The headliners, Pyramides, will be reviewing their discography as far back as the very beginning, and as far forward as songs that have never seen the light of social media, for a super-energetic setlist. Click here to get your tickets!

Dearest Mujercitas Terror fans! In March, our Little Women are going on tour for a loooong time, to Mexica and other Latin American countries. So, if you want to say goodbye and wish them well for their big epic journey to foreign lands, come out this Sunday (remember, Monday is a holiday!) to dance and jive and mosh at Club V. The special guests of the evening include post pop punk rockers Espantosa Desgracia and DJ Hector Barreiro.