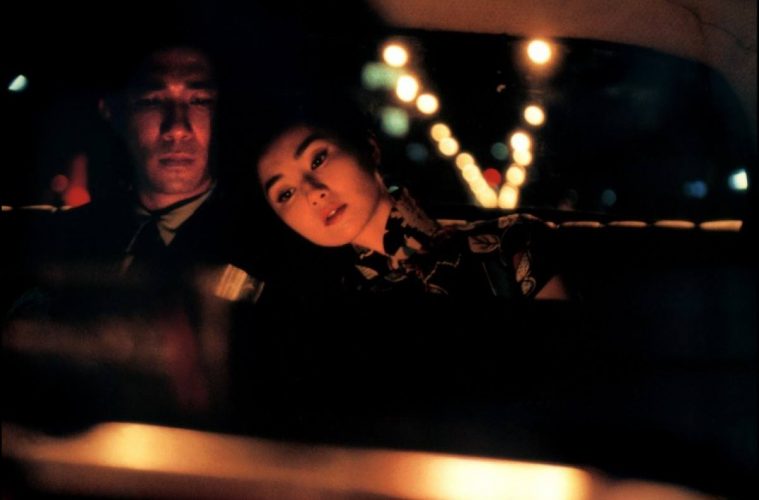 Off the Marquee | Film Picks for February 2020

Welcome to another edition of Off the Marquee, your favorite column about all the cool movies screening in the city of Buenos Aires. Hi! It’s so nice to see you. You look great.

Know how some folks find cold weather depressing? Seasonal affective disorder and all that? Well, for me, it’s the opposite. I’m all chipper and upbeat when it’s cold out. Meanwhile, the weather in Buenos Aires is absolutely miserable right now, with disgusting levels of oppressive heat and sticky humidity. Two minutes outside and you’re immediately covered in a layer of sweat. This has me in a cruddy mood all the time. Sulky and short-tempered, the worst version of myself. I had to work outdoors for a good chunk of yesterday and not only did I look like a literal swamp monster by the end of it but I kept losing my temper at everybody. At one point I threw a napkin in frustration. I was more monster than man. Couldn’t recognize myself.

The good news is that movies provide a respite from the gross weather, so let’s talk about all the options available in the coming days.

Venezia is a pensive, beautifully meditative drama by director Rodrigo Guerrero about grief, absence, and silence. It follows a young couple who travel to Venice for their honeymoon and are almost immediately struck by tragedy. Unable to get back home for 48 hours, the protagonist is forced to wander Venice like a ghost, and come to terms with the reality of what just occured. The movie is about sitting with a terrible truth you can’t escape from, and finding hope and meaning in your surroundings.
Screening details

No Men Beyond This Point

The good folks at Radio La Tribu are making our lives a little better by hosting free screenings of various films in their auditorium all throughout February. What ties these films together is how they explore “distorted realities”. One of these special screenings is No Men Beuond This Point by Mark Sawers, a mockumentary about an alternate reality where have slowly, over the course of the last 60 years, become more and more scarse; how does society cope? How do we reshape our lives to accommodate this new reality? An entertaining film with an intriguing premise. Check out the other films in their schedule as well!
Screening details

The new film by Sebastián Muñoz Costa del Río is a period piece set in pre-Allende Chile. It tells the story of Jaime, an obsessively self-involved 20-year-old who stabs his best friend and is set to prison. There, he comes into contact with El Potro, one of the prison’s big-wigs. They develop an illicit relationship that throws their whole world, and the delicate social order around them, into disarray.
Screening details

Due to Off the Marquee’s nature as a column about independent, foreign, or off-the-beaten path films, it’s a little unusual to be able to highlight a straightforward romantic comedy. Sebastián Mega Díaz, aside from having an incredible middle name, has made a movie that is just oozing with charm and throws a bit of a wrench into the tried-and-true romantic comedy subgenre. It feels appropriate to spotlight it here.
Screening details

It’s 2020 and people won’t shut up about it! There’s something about the evenness of the number 2020 that has really captured people’s attention, so our news feeds are constantly flooding with facts about palindromic dates and whatnot. The folks at Gitana Cine have decided to take this premise to a more interesting direction, using this opportunity to screen twenty different films that turn twenty years old in twenty-twenty! This includes classics such as the Coen Brothers‘ O Brother Where Art Thou, Sofia Coppola‘s The Virgin Suicides, and Won Kar Wai‘s gorgeous In The Mood For Love. Check out the details below!
Screening details

Clowns are having a bit of a pop culture moment right now; you’ve got Pennywise, then The Joker, and now Payasos. Thankfully, these clowns aren’t evil, they’re just charmingly goofy. This fun little documentary follows a group of aspiring artists as they make their way through Brazil to participate in a short film festival.
Screening details

Director Bong Joon-ho‘s visceral, gorgeously-crafted Parasite is the talk of the town, earning rave reviews and racking up a whole bunch of award nominations. But he made a number of incredible films before Parasite, and La Llave De Abajo seeks to highlight his earlier work and share it with a brand new audience. Come take a deep dive into one of the most accomplished filmographies in contemporary film.
Screening details