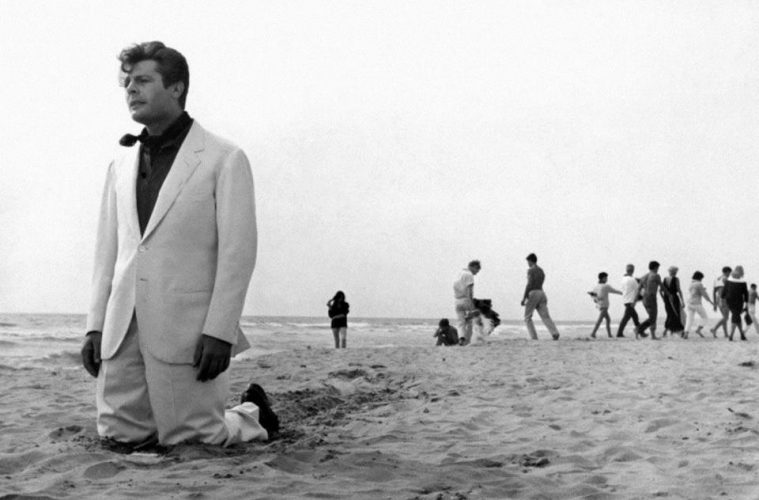 Off the Marquee | Film Picks for January 2020

Hello! Welcome to a new installment of Off the Marquee. What’s Off the Marquee, you ask? Why it’s none other than your one-stop shop for the coolest, most interesting, most off-the-beaten path films currently screening in the city of Buenos Aires.

Why is this relevant to you? Because you’re cool. You’re hip. You want to drop names of obscure films into casual conversation. You want to impress your friends as you give them a quick explanation of what the film’s story is, what themes it explores, and the different ways it made you feel throughout its runtime. You want to bask in their awe, like the golden culture god you know yourself to be. You want to be their go-to “film guy.” You want this for yourself. You know you deserve this. You are first class.

That or you want to spend a cool 2 hours in an air-conditioned room watching a cool flick. Whatever the case, here are some options for you.

When a movie trailer kicks off with a rapid-fire montage of party scenes set to vaguely ominous music, you kind of get a sense of where things are going, and if you’re anything like me, you’re all for it. Eduardo Pinto’s La Sabiduría follows young women who decide to spend a weekend in the countryside. Once there, they engage in recreational drugs and meet some locals, who soon involve the trio in a bizarre ritual. Does it sound like Argentine Midsommar? Maybe. But does it look like a lot more fun? For sure.
Screening details

The rock-doc subgenre is brimming with stories of great bands of the past that have been sadly sidelined by history. This is one of those. Exploring the history of Los Knacks, a garage-rock band from the 1960s whose career was cut short by the country’s military dictatorship. Now old and grey, can they recapture their past glories? Are they even physically able to? And most of all… does it matter?
Screening details

The Spanish title for the acclaimed Israeli film Working Woman is El Acoso, which translates to “The Harassment.” That’s a little bit on-the-nose for a film that attempts to explore the different ways in which predatory men cross boundaries of professionalism and play into power dynamics in order to assert their power over women. A smart, incisive, and true-to-life film from director Michal Aviad.
Screening details

Marilina Giménez’s Una Banda de Chicas is a documentary that puts a spotlight on the Argentine music scene from a woman’s perspective. It doesn’t just highlight the work these women are doing on stage every night, but it also examines what it means to be on stage for a woman, and what is deemed appropriate in terms of on-stage demeanor. A fascinating and necessary look at a great group of musicians and our culture as a whole.
Screening details

Bacurau, the intriguing and often unnerving new film by the directorial tag-team of Kleber Mendonca Filho and Juliano Dornelles, takes place in a not-too-distant future; it sets its focus on the population of a small Brazilian town shortly after the death of the town’s nonagenarian matriarch. They soon start to notice drones flying around their airspace, mysterious strangers stalking around town, and the town’s name disappearing from all maps. Spooky, yeah? What exactly is going on? You’ll have to watch to find out.
Screening details

This was one of our picks for Best Argentine Films of 2019, finally in a wide release. Director Paula Hernández sets her eye on the underlying tensions that exist within every family, as they bubble up to the surface under strenuous circumstances. The film follows a middle-class Argentine family whose New Year’s vacations puts them at odds with each other, with resentments and different power dynamics coming to the fore, resulting in unexpected dashes of violence. Positively simmering with tension, the film is a beautifully-photographed, smartly-written, and remarkably well-acted affair that might make you cringe a few times while remaining engrossing throughout.
Screening details

Clara Picasso’s film La Protagonista follows Paula. She is an aspiring actress who, like many people in the creative arts, has to work a day job to get by. One day, she finds herself as an unwitting hero by stopping a robbery, and suddenly becomes a star in the national stage. All of a sudden, she’s the talk of the town; strangers greet her on the street, TV personalities want to talk to her, her face graces the cover of every newspaper. How long can this newfound fame last? And what happens when it starts to fade?
Screening details

Another one of our picks for Best Argentine Films of 2019, La Muerte No Existe… is finally available for wide audiences to watch. A beautiful, taciturn meditation on two kinds of grief: the grief over a lost loved one, and the grief over lost love. It follows Emilia, a young medical professional living with her boyfriend in Buenos Aires who has to return to her snowy hometown in the Argentine Patagonia to help scatter the ashes of her childhood best friend, who has died under undisclosed circumstances. It’s a lovely little movie that is content with finding an emotional space and just living in it for a while, exploring shades of bittersweet nuance in the intersection of grief and reconnection.
Screening details

There are two possibilities here. Either you’ve never watched Federico Fellini’s absolutely stunning comedy-drama La Dolce Vita, in which case you need to be watching this film right now — or you have seen it, in which case you probably want to see it again. Either way, enjoy one of the great films of the 20th century as it finds its way back into movie theaters.
Screening details

Finally for this week: if you’ve ever watched a scene where characters on screen are sharing a delicious meal and found yourself thinking “boy, I could go for one of those right now,” the Morfilm series at Centro Cultural Matienzo is for you. Eat the foods that characters are enjoying on screen! What could be better? This time around: Quentin Tarantino’s Inglorious Basterds, accompanied by a delicious apple strudel. Straight-up decadent.
Screening details