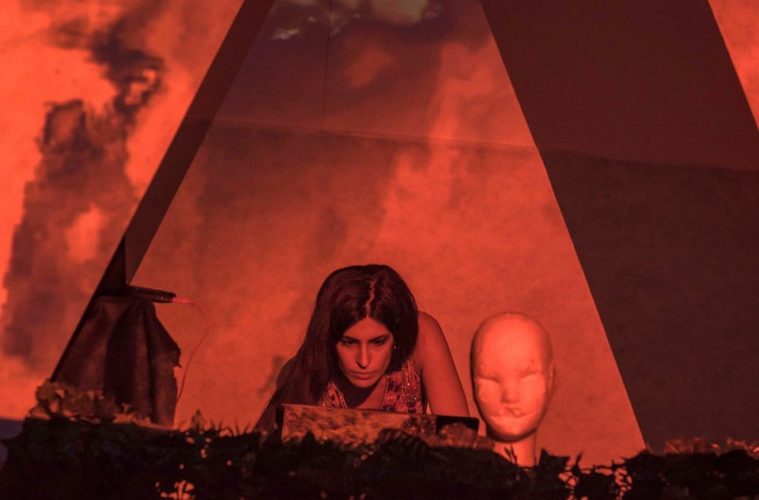 It’s a new year, a new decade, and a new me! Just kidding, it’s actually the same old me! I’m glad to be back at it after what was honestly one of the most pleasant and relaxing holidays I think I’ve ever had. I went to Chile, I went to Necochea, I listened to lots of Moondog and Brian Eno. And I didn’t get sick, not even once. It’s summer in the city and for those of us who are around this week, in addition to the sweltering heat, there’s lots of super super hot live music to take advantage of. Here’s this week’s recommendations:

I don’t know about y’all, but this has been the summer I became obsessed with ambient music. So, it was super exciting to learn about this fechazo happening this Wednesday at Matienzo, with four distinct ambient artists. There’s América Analógica, the Buenos Aires Conurbano duo consisting of Selva Ciai and Alan Serué; Morita Vargas, whose Bandcamp tags include “fairytale,” “mystique,” and “potion;” Paula Nieve’s 5th world drone pop minimal ambient music project, minicomponente; and Joa Joys. Come out, close your eyes, and listen, for a change of mental scenery.

After a year of almost constant touring, with shows in Spain, Mexico, USA, Canada, Chile, and Uruguay, Sofía Viola (native to Lanús) is back, recharged and ready to play in Buenos Aires. Seeing her live show is always surprising, thanks to the natural wit, humor, and stage presence with which she performs her music. Her style of music combines indie and folk with tango, milonga, cumbia, and blues, among many others. On this occasion she will be accompanied by the guitar and charangón, and you can expect to hear a mix of newer songs and Viola classics.

This Thursday marks 70 years from the day the late Luis Alberto Spinetta, known lovingly as “El Flaco,” was born. Spinetta was one of the most influential rock musicians of Argentina, and is considered one of the founders of Argentine rock. To honor his life and his beautiful music, La Casa del Árbol is hosting an homage that will feature performances by nine different artists including Un árbol, Muma Casares, Nicolas Friele, Hermana Canción, Fran Cañadas, tora.musica, Pablo Demarco, Agustina Prieto Cochet, and Fabián Iurino. The event is part of Casa del Árbol‘s summer season “Me Quedé En La Ciudad” (I stayed in the city), for those of us who have stuck around for the Summer.

Jazz and folk singer-songwriter Hilary Lankford will be performing an intimate set at 1040 Polo Cultural this Friday, where artists of different disciplines will come together for an evening of music, art, poetry and theater. Hilary Lankford is a San Diego based vocalist and multi-instrumentalist. Her music includes arrangements with voice, piano, string, wind and percussive instruments in jazz, classical and folk stylings.

Rosario Ortega began her music education listening attentively María Elena Walsh, then decided to experiment with her own voice on top of tracks prepared by her father. At 17 she took up the guitar and since then nothing’s stopped her: soul, hip-hop, folk, funk, and numerous other genres germinated in a unique sensitivity that is felt even from her very first work, the song “Se Va.” In 2012 her album Viento y Sombra won a Gardel award for Best New Pop Artist. This Friday, she’s performing at a FREE show at Camping, Don’t miss it!

DARKLANDS, the ciclo that exists to offer a good time to lovers of the dark and unconventional side of Porteño music. A pagan mass of sorts, Darklands seeks to break with the parts of Porteño culture that are pre-established and oppressive. We give ourselves new meaning and musical vibration in this transformative portal, a space to exorcize the evils of mundanity and reinvent oneself under the cover of night. This Saturday, the 7th edition of Darklands returns to Salón Pueyrredón with a new dark lineup. Post-punk/new wave band Las Kellies, gearing up to release their 6th album, Suck This Tangerine, later this year will be sharing the event with esoteric zombie duo Re Signados and the lecherous loons Los Muchachos de La Secta (whose album Club Negro was featured in La La Lista last year). Rounding out the lineup are DJs Klimber Martin and Pantera Negra.

The year 2020 is a minefield of counter-cultural bombs awaiting to detonate and reverberate throughout Buenos Aires’ underground indie scene, and Frescura, curated the gediente Gonzalo Aguerrido, is ground zero. The shows keep coming, and the people keep coming out to enjoy their explosive energy. This edition will feature the psychosong of Los Acidos, Cösmonos feat Chino Laborde, Chelo Lares presenting Narcolepsia and TIRE. There will also be a surprise vinyl disc jockey closing out the night.

Disgustingly sweet asado brunch condiment and singer-songwriter Mermelada de Morcilla is joining forces with the god damn BOI Matias Montano, cosmic electro-songsters Fábula, and clandestine rock nacional group SABOT this Saturday in Belgrano at Antiguas Lunas y el Gato Negro. Broke? Don’t worry, the show is a la gorra, the perfect way to make use of all those 5-peso bills before they go out of circulation.